Joe Gebbia has found himself in a makeup chair prepping for a photo shoot in San Francisco, freshly returned from a visit to Japan via Brazil, and on the phone with me. He’s told the story a thousand times of how he started, what has become, one of the few game-changing start-ups to have rocked countless industries, but now he’s taking his show on the road with the launch of a new design studio that seeks to connect rural communities with seasoned world travelers.

His big idea, AirBnb, is currently valued at $30 billion and now sits within the family of no-inventory platforms like Uber that provide a network to connect people with assets to people with money, and as the network’s co-founder, Gebbia was the guinea pig as its first host in 2008. “We had three guests that stayed with us for a weekend in San Francisco, and three things happened,” Gebbia recalled of his first AirBnb experience. “First, we got to provide hospitality for them. Second, they got to feel like insiders in San Francisco, because they had never been there, so we took them around with us and met with our friends. Third, we became economically empowered. This all happened in one weekend and spawned a much bigger idea that became our lives for that first year.”

It seemed like a simple sell in the eyes of the design student, a recent graduate of The Rhode Island School of Design, and it was until he encountered the hurdles of start-up funding. “It was probably the worst year of my life,” he admitted. “I know it seems counterintuitive, but the amount of rejection we experienced was discouraging. We probably reached out to 20 investors. 10 replied to the e-mail, five met for coffee, and zero invested. These are the same guys who invested in YouTube and Facebook, but it sounded weird and crazy that we allow people to post photos of the most private spaces of their home, and then invite people to sleep in their home. It was kind of an absurd pitch in 2008, so we racked up tens of thousands of credit card bills, and our team started falling apart. The band felt like it was unraveling, so it was just very dismal and lonely. I felt alone with my idea that I wanted people to believe in, but they weren’t.”

This changed in 2009 when he was accepted into a Bay Area incubator program, where Gebbia, along with co-founders Brian Chesky, and Nathan Blecharczyk were encouraged by computer scientist and venture capitalist Paul Graham to go and meet with AirBnb’s early adopters to learn what was working, and what needed improvement. “I remember we flew to New York in January of 2009 to meet with early adopters,” Gebbia said. “We only had 30 hosts in all of New York.” Today, there are nearly 20,000 hosts in New York, and an average of 1 million users around the world staying in someone else’s home every night. During their month-long research stint, the three-man group slept in the homes and often ate breakfast with these 30 clientele. “I called it enlightened empathy,” said Gebbia. “We understood the invisible gap between our product and our market, and when we started bridging these gaps, investors finally came along.”

Now the game-changing start-up has rocked countless industries from real estate to travel, and Gebbia thinks its all for the better. “I just say look at the data,” he said of those who often fight against the legality of the platform, namely New York State, which recently attempted to ban full apartment rental reservations made for less than 30 days. “ I tell them to look at the people making their ends meet with AirBnb using an idle asset that they already have, and the people who are able to sustain themselves in markets that have high rents, because they can make better use of the space they’re already paying for. In the early days, the people signed up for our service were our friends. Coming out of RISD, our friends were the creative class—freelancers, writers, choreographers—that in order to have that lifestyle to pursue your passion, could use our service to make ends meet. I think that DNA has stayed true to AirBnb.”

Now he’s looking to shake up more than a few communities across the world with the launch of an in-house design studio called Samara. “What I didn’t want to do was to announce a new studio as just an idea,” he said. “I wanted an example, a real concrete project. Everything we’re doing is through the lens of, ‘How do we break down barriers that prevent our community from connecting with each other?,’ and Cedar House is the first example of that.”

Harkening back to his favorite AirBnB experience in 2013 when he once stayed on a tatami mat with a monk in Japan for just $60 per night, Gebbia is aiming to provide a truly “insider” experience with Cedar House. “You’ve got a situation in Japan unlike any other country,” Gebbia said. “The population is aging, and younger generations are moving into city centers. As a result, these rural cultural gems are drying up. There are 8 million empty homes in Japan right now, so through this project we’re trying to address this issue.” The hybrid Cedar House space, which first debuted in Tokyo but will be situated in Yoshino, Japan once finished, is part AirBnb rental for visitors and part community center for local residents. The home’s dining room and kitchen, located on the first floor, operates as a community center, the epicenter for many rural villages, while the second floor is private space for the guests who pay the village for their stay, rather than an individual host. “Its symbiotic through the use of architecture,” he explained. “Visitors with roller bags open the sliding door, and there’s people inside their AirBnb. It’s important to feel like an insider when they travel, and the fastest way we wanted to make that happen is to connect with the people that actually live there. In the Yoshino Cedar House, you’re integrated from the minute you arrive.” 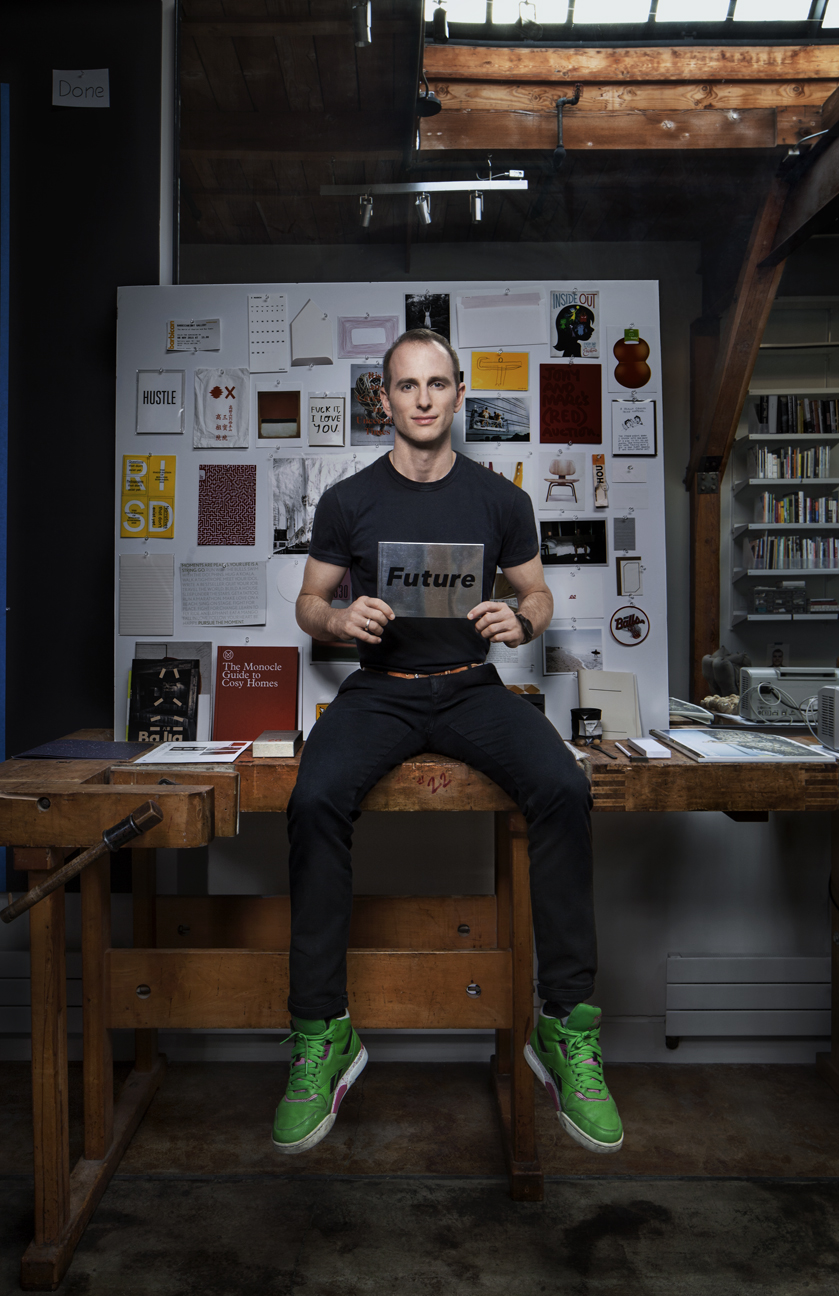