This summer, I finally caved and bought a gaming system. I’ve always wanted one, but based on how addicted I was to my Super Nintendo back in 2nd grade, was worried that I’d become too absorbed playing all these fun games I’d been hearing about, and stop leaving the house. Luckily, and thanks to the good, crowd-sourcing folks over at Ingress, this hasn’t happened. But damn, you guys! When did video games get so good? There are some games out there– on PS4, on Steam, and probably some other devices I haven’t tried yet–that have better narrative storytelling capabilities than most TV or movies these days! Who knew? (J/k: a lot of you knew. I just like doing that Christopher Columbus thing, wherein I act like my recent discovery of something means that NO ONE ELSE has ever found it before me.)

Since first-person shooter games make me nauseated, and even multiplayer games with anonymous strangers from the comfort of my own home taps into my deep well of social anxiety, I’ve been playing a lot of Butterfly Effect games this summer. Observer writer Noam Cohen gets mad at this term, since in video games it’s used to connote not an actual Butterfly Effect (or the movie Butterfly Effect, starring Ashton Kutcher), but narrative decision-based gampleay that gives you a choice between several options that then branch out into a set number of outcomes. For example, in a real Butterfly Effect scenario, choosing not to kick a dog wouldn’t necessarily mean the dog later becomes your friend and aids you in your quest to fight wendigos; it would mean that the dog then goes home and lives out the rest of its life not knowing that a human made a conscious decision not to kick it. Somehow, this will lead to a hurricane down the line. (The Butterfly Effect always leads to hurricanes, for some reason.)

But there’s something great about how games utilize their conception of a Butterfly Effect: it makes order in a chaotic world, since your choices all have discernible consequences. If only real life was like that! In fact, people who have bought MY LIFE: THE VIDEOGAME have reported major structural glitches and frustrating gameplay. That’s why I’ve put together this walk-through guide for playing MY LIFE, an excerpt of which appears below. 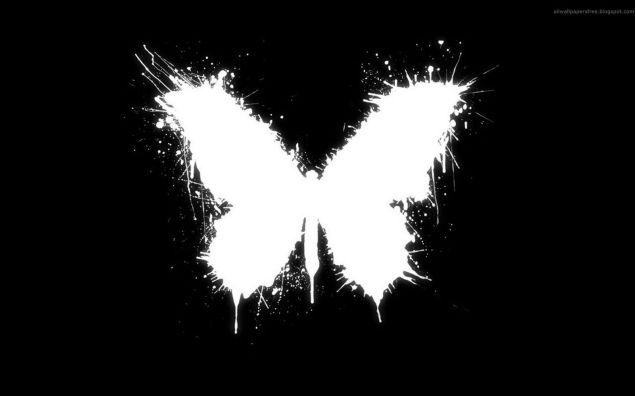 1) Your mother will call and ask you to call your grandmother, because she’s still sick. If you found CLUE 4, you know that your grandmother is always “still sick,” yet seems to be immortal and will most likely outlast us all.

A) If you choose to use this information to NOT call your grandmother, she will call you. You don’t want that. God, you REALLY do not want that.

B) If you choose to use this information to call your grandmother and promise to visit soon, she’ll press you for an exact date. You can tell her “this weekend” OR pretend that your phone connection is getting fuzzy and hang up in a cold sweat.

C) If you tell your grandmother you will visit this weekend, you will then be given the option to TURN BACK several times throughout the week. It will make your mom mad, but does not effect your general life state or guilt bar in the moment.

D) If you choose to go through with the visit, but then on Sunday, when you’ve already rented a car and everything, get waylaid by some friends who want to come over and play through Until Dawn–you know, that PS4 horror game with Rami Malek that you already beat last weekend?– you will find out the next day that your grandmother has DIED. Of a broken heart.

HINT! Be aware: the visit home is a FALSE CHOICE. There is no scenario where you actually go see your grandmother over the weekend. You are just a bad person like that. 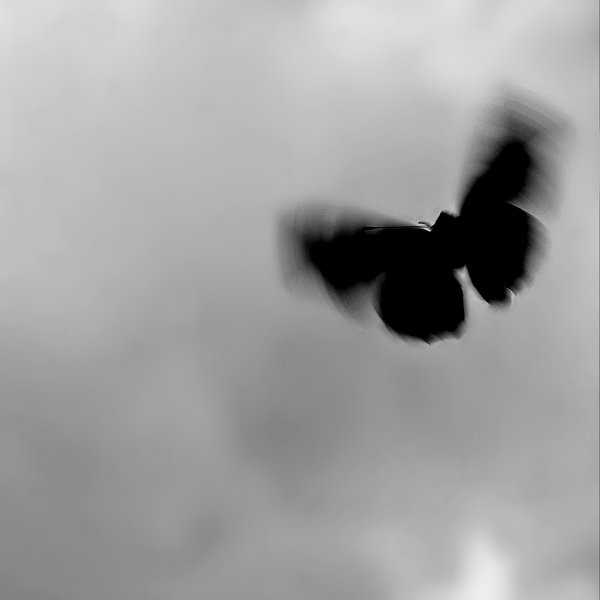 2) In the game’s second level, you go to see your psychoanalyst. You want to bring up the fact that seeing her four times a week, for the past two and a half years, seems a little excessive. You have started to think that it may, in fact, be contributing to your neuroses at this point.

A) If you bring this up with you analyst, the session will play through with 45 minutes of exploring why you feel you need to stop going to analysis so much. Is this coming from your mother? Probably. Most things are her fault.

B) If you choose to avoid the topic of your appointments and their frequency, you then play through with 45 minutes of exploring why you didn’t visit your grandmother this weekend.

HINT! If you chose Path E in the prior level, you will unlock a bonus CLUE.

CLUE #4.8 (therapist’s office): While talking about what you did over the weekend instead of being a good granddaughter, your therapist will let it slip that she’s still under the assumption that Rami Malek is a friend of yours, and not a semi-famous actor who tends to play characters with severe emotional and mental problems.

“Wait,” you ask your therapist, “You think a friend of mine happens to always be dealing with some Tyler Durden alter-egos, and these alter-egos just so happen to always be famous character actors like Christian Slater or Peter Stormare?”

She will cough uncomfortably and say you are out of time.

CLUE 4.8 is confirmation of your fear that your analyst is barely listening to half the things you say.

C) If you choose to not talk about your grandmother, or your guilt re: increasing self-isolation from family dynamics, and instead focus on your loneliness, your therapist will suggest you hang out with your friend. Remsey Molak? Or…you know who she means, right? Your therapist wants you to explore your relationship with that guy; you always seem to be bringing him up.

HINT! No matter what happens in the therapists office, you will leave with a vague sadness and increased sense of isolation and not being listened to, despite the fact that you always seem to be talking about yourself, all the time. Your self-loathing bar is at an all time high. This will effect outcomes later in the game. Or possibly not. Does any of this actually matter?

3) You go to work, where you are an editor at a newspaper. Experienced users will notice an uptick in timer-based gameplay. Do you schedule the photoshoot for next week or forget about it, forcing your photo editor to do an overnight turn-around on a project because of your thoughtlessness and/or general indecisiveness? You will be forced to pound out a rapid succession of X, O, ▽ and that square button (on the left) while toggling the left controller to complete a series of seemingly random tasks like “Make small talk,” “Check email,” “Take another Adderall” and “Try not to think about how little writing you have actually done this summer.”

HINT! Despite the seemingly mundane nature of the tasks, most players report that the timer function and the illusion of control given in this level makes it the most interesting and fun part of the game.

A) If you complete all your tasks on time, you are rewarded by having the option of taking an hour and a half lunch break, which you will use to play PokemonGo! out in the park. You will evolve the last of your Eevees into a Flareon with 1501 Combat Power. You also walk around enough to hatch a Snorlax (2096 CP) and an Lapkaries (1927 CP) out of their eggs.

B) If you fail to complete the majority of your work tasks, but still manage to get your photoshoot scheduled, you will spend an hour and a half hiding out in the women’s bathroom and crying while playing PokemonGo! Your Eevee evolves into another Rainer (754 CP) and, if you hatch anything at all, it’s like a Pidgey and a Magikarp.

C) If you fail to complete any of the tasks, and also fail to schedule the photoshoot, you berate yourself by deleting PokemonGo! from your phone. Obviously, it has become a distraction.

Clue 4.9 (at work): while in the bathroom, crying or not crying, you can overhear a coworker talking about your management skills and general demeanor in the office, which is then extrapolated into a larger view (fairly or unfairly) of who you are as a human being. Not going to spoil it for you, as this is the part of the game where most players either decide to continue on with the My Life series by buying the bonus extension pack (going home, heating up a frozen dinner and playing Life is Strange), or get annoyed and quit the game.

Note: Most reviewers who have played through My Life to this point call it “more frustrating than the first hour of Firewatch.” 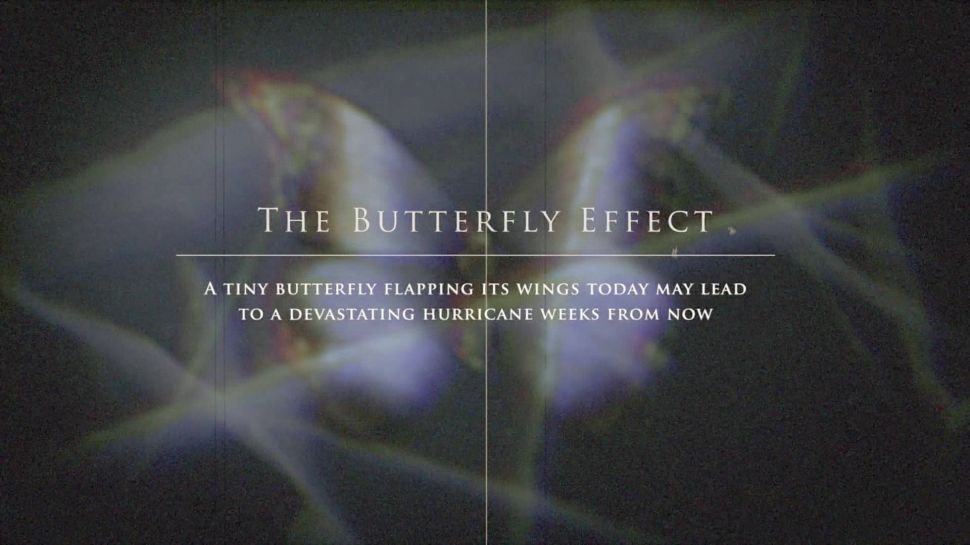