Cuomo, a Democrat who headed HUD during the Clinton administration, lashed out at an audit by Obama’s inspector general for the agency while addressing the press after an unrelated event in the Bronx this morning. IG David Montoya’s office found that Cuomo’s  Office of Tourism and Marketing did a poor job meeting the requirements of the block grant money it received in the aftermath of 2012’s Hurricane Sandy.

But the governor argued that Montoya and his staff don’t understand HUD rules.

“Some federal person, entity, did an audit. We believe they misread the law, and misread the regulations, about how the funding should be spent, and so we’re contesting their opinion,” he said, boasting of his administration’s response to the disaster. “During Hurricane Sandy, we expended billions and billions of dollars, literally. In the handling of the emergency and the construction and the aftermath, trying to get people to come back to the effected communities. So I’m very proud of what the state did.”

In particular, Montoya’s auditors discovered that the state handed millions for marketing and promotions to the Empire State Development Corporation—a Cuomo-run public-private organization—and the city of Long Beach on Long Island without first obtaining an independent analysis of the costs of their respective programs. It also determined the state did not get sufficiently detailed budgets from either ESDS or Long Beach on how the federal dollars would get spent.

“State officials did not always establish and maintain financial and administrative controls to ensure efficient and effective program administration,” the audit report reads. “We attribute these conditions to State officials not placing sufficient emphasis on ensuring compliance with all procurement requirements.”

“We believe that the audit speaks for itself, period,” said spokesman Darryl J. Madden. “Throughout the audit process the state was given ample opportunity to comment on our findings and results.”

Cuomo is also dueling with audits at home, as he continued to feud with state Comptroller Thomas DiNapoli today over unflattering analyses of the governor’s signature economic development programs. Those audits charge that the governor’s entities and agencies, including the ESDC, failed to obtain proper documentation when handing out subsidies and tax breaks to private interests—and the governor has similarly dismissed them as merely flawed “opinion.” 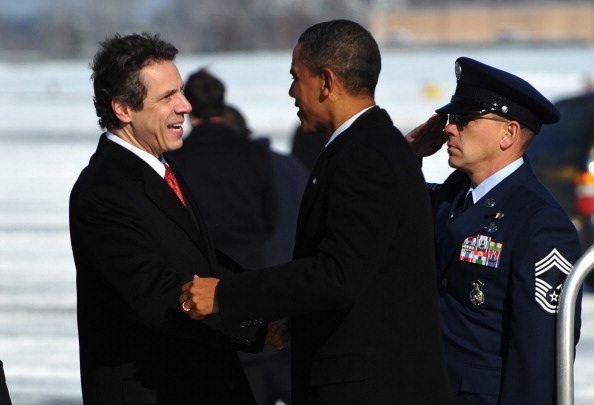