It’s no secret that soprano Anna Netrebko is one of opera’s true box office draws: Her performances of Il Trovatore last season were among the few nights the Met was completely sold out. But her new CD, Verismo, reveals she is more than just a star; her performances of arias and scenes from Italian opera highlight an artistry that is both subtle and thrilling.

The verismo era flourished a little more than a century ago, when composers like Giacomo Puccini, Umberto Giordano and Alfredo Catalani crafted an operatic style melding elements of Wagnerian harmony with the free declamatory style of the French opéra comique. The subject matter was originally everyday life—verismo means something like reality—but composers quickly shifted their focus to adaptations of the sexy melodramas then popular in spoken theater.

Netrebko’s rich lyric soprano is a natural match for the lush vocals demanded by these operas, not least because her voice is at its most powerful and complex in the transitional “passaggio” points at the top and bottom of the treble staff. Many of the most effective passages in verismo fall in these areas of the voice, which most singers find difficult to negotiate.

Not so with Netrebko, who flaunts a fascinating low register in the very first cut on the album, “Io son l’umile ancella” from Francesco Cilea’s Adriana Lecouvreur.  Here a famous actress explains that she does not regard herself as a truly creative artist but rather the equivalent of a musical instrument strummed by the hand of the playwright. Her phrase “vasallo della man” sends most sopranos lunging into chest voice, but this artist finds a fascinating “mixed” sound, dark and almost murky, suggesting the diva’s relationship with her art may not be so serene as she pretends.

Only a moment later, Adriana explains that her art is as ephemeral as a breath, fading into oblivion in less than a day. With the final note of the piece, a long-held A-flat, Netrebko illustrates that idea in sound, pulling back the volume from a rich forte to a shimmering pianissimo that seems to evaporate into the air.

The hallmark of this collection is Netrebko’s taking offbeat approaches to pieces opera fans have heard a hundred times before. In “Ebben? Ne andrò lontana” (familiar as the theme of the movie Diva) she begins this song of farewell at a faster tempo than usual, sounding almost optimistic. Then, for the middle section in which the heroine realizes she will never see her mother’s home again, the soprano slows almost to a halt with the big phrases leading up to high G and A agonizingly drawn out.

Despite the uneven conducting of Antonio Pappano, Netrebko’s originality of approach can color an entire aria. “Un bel di” from Madama Butterfly is sung with a seriousness and maturity of effect that elevates the scene to high tragedy. An illusion-free Butterfly’s fate of desertion and suicide is laid out before her, and she has no choice but to live it out with dignity. The final line of the aria, “l’aspetto” (“I will wait for him”), sung here on rock-solid high B-flats, sounds almost wrenched out. Netrebko has expressed a lack of interest in singing this role onstage, a decision I hope she reconsiders, for she could be the great Butterfly of our time.

A further surprise is that among the most striking performances on this disc are arias from operas associated with full dramatic sopranos. In “Suicidio!” from La Gioconda, Netrebko evokes a mood of doom with lurching high phrases and plunges into her eerie lower range. Later, in the showpiece from Turandot “In questa reggia,” Netrebko works the many phrases pounding at the higher passaggio like an expert warrior wielding a sword. It’s hard to imagine this killer aria sung more beautifully.

For the high C that caps that Turandot aria, the soprano is joined by her husband, Yusif Eyvazov. His bright, almost metallic tenor provides as well an effective foil in the highlight of this disc, the final act of Puccini’s Manon Lescaut. Though, as the title suggests, the focus of this scene is the heroine, slowly dying in the wilderness of the New World, Eyvazov’s brisk, fearless attack creates a sympathetic and virile portrait of Manon’s despairing lover Des Grieux.

Manon is a role Netrebko has been singing quite a bit lately—she brings it to the Met this fall—and her onstage experience is immediately apparent in the wealth of detail she brings to this 20-minute scene. Pain, desperation, terror, fatigue—even momentary bliss when Manon nestles in the arms of her lover—these conflicting emotions shimmer through Netrebko’s voice so seamlessly that at moments it’s easy to forget that you’re just listening to a recording of an opera.

On this CD, Anna Netrebko makes verismo seem realer than life itself. ν 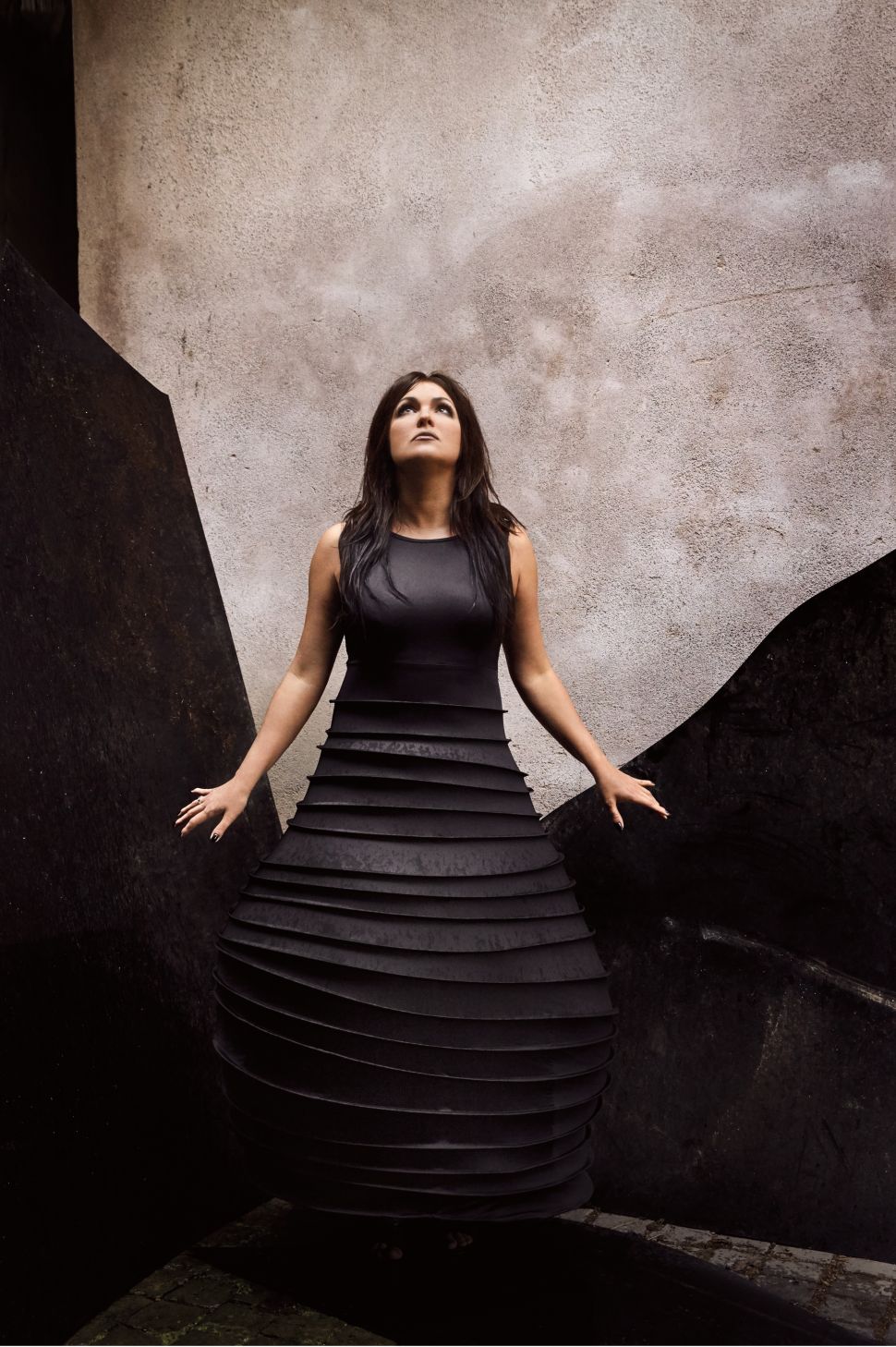