With Hillary Clinton poised to win a big victory in the presidential campaign with the strong support of Bernie Sanders and overwhelming support from his supporters throughout the progressive movement, Sanders will announce this week the formal launch of his group, Our Revolution.

Vowing to maintain the momentum of his movement for progressive change, shortly after election day Sanders will release his new book and progressive manifesto Our Revolution: A Future to Believe in. Readers can click here to check out his book, which will be released on November 15.

I predict the Sanders book will be a major best seller and prove to the worlds of publishing, media and politics that the people want the kind of progressive vision Sanders offered in the primaries—which is why he led Donald Trump by landslide margins in polling during the primary season.

The major launch this week of Our Revolution will begin a national barnstorming tour that Sanders will conduct through the election aimed at electing Hillary Clinton president and electing progressives to the House, Senate and local offices throughout the nation. Sanders will mobilize volunteers, reignite his unprecedented army of small donors, and work to regain Democratic control of the House, Senate and local offices.

Let me emphasize that I enthusiastically support, endorse and will work actively to promote the historic work Sanders is doing in his Our Revolution project, book and movement.

As the presidential election approaches, Sanders has played an enormously important role with his all-out support for Hillary Clinton and his all-out effort to elect progressives throughout America and continue the momentum that he and his supporters created during his candidacy for president.

Make no mistake, the overwhelming majority of Sanders supporters during the primaries are supporting Clinton, who should win between 90 percent and 95 percent of Sanders supporters in November—or more. Equally important are the people he inspired to participate in the political process, becoming actively engaged in the effort to elect liberal Democrats to the House and Senate.

Because of the strength of the Clinton campaign and the problems afflicting the campaign of Donald Trump, I would now make Democrats the favorite to win control of the Senate in November.

If the Clinton margin over Trump reaches landslide proportion—which I am not here predicting but which is now possible—Democrats have a fighting chance to regain control over the House of Representatives as well. Republican House Speaker Paul Ryan recently warned about his possibility in an urgent fundraising appeal to GOP donors.

Consider the following: If Democrats regain control of the Senate, Sanders would become chairman of either the Senate Budget Committee or the Senate Committee on Health, Education, Labor and Pensions. The progressive issues he raised in his presidential campaign, and will champion in his upcoming book, would then take center stage in the corridors of Congress. Chairman Sanders would have real power to call hearings of the committee he chairs to raise support for these issues and work to turn key proposals of his revolution into the law of the land.

Similarly, Democratic Sen. Sherrod Brown of Ohio would become chairman of the Senate Banking Committee if Democrats take control of the Senate.  Brown is a staunch progressive and ally of Sanders and Sen. Elizabeth Warren who, like them, has no fear of taking on the big banks in support of American workers and consumers.

A good example of the stakes in the election and the importance of Bernie Sanders and his supporters is the continuing battle over health care. Recently Aetna announced it will withdraw from most of the health care exchanges created under ObamaCare. In response, Sanders pounced, condemning Aetna and vowing to renew a major battle to enact the public option, which is supported by Hillary Clinton and the Democratic Party in its platform.

Last week I wrote in The Hill that “BernieCare can save ObamaCare,” applauding Sanders and predicting that because of the epic greed of insurers and the public outrage from consumers against price-gouging insurance premiums, the battle should be waged and could ultimately be won.

These kinds of powerful progressive changes stand at the heart of the Sanders project for Our Revolution. The movement he created in the primaries has the potential to define the political future of the nation.

Make no mistake about this, as well. If Hillary Clinton is elected president, as now seems likely, it will be more important than ever for progressives to support her where she is right—but also to keep the pressure on Clinton and Democrats in Congress.

Stay tuned for news about the Sanders Our Revolution movement. It will take center stage later this week, and will remain powerful through the 2016 elections, through the Congressional elections in 2018 and through the next presidential campaign in 2020.

There is a progressive wave in America waiting for a politics to catch up with it.  We are up against mighty forces of money, lobbying and greed—but, in the end, this wave will not be denied.

My guess is that Hillary Clinton wins the presidency and Bernie Sanders wins the future. If they come together on inauguration day historians will someday judge that a new era of progressive leadership for America has now begun. 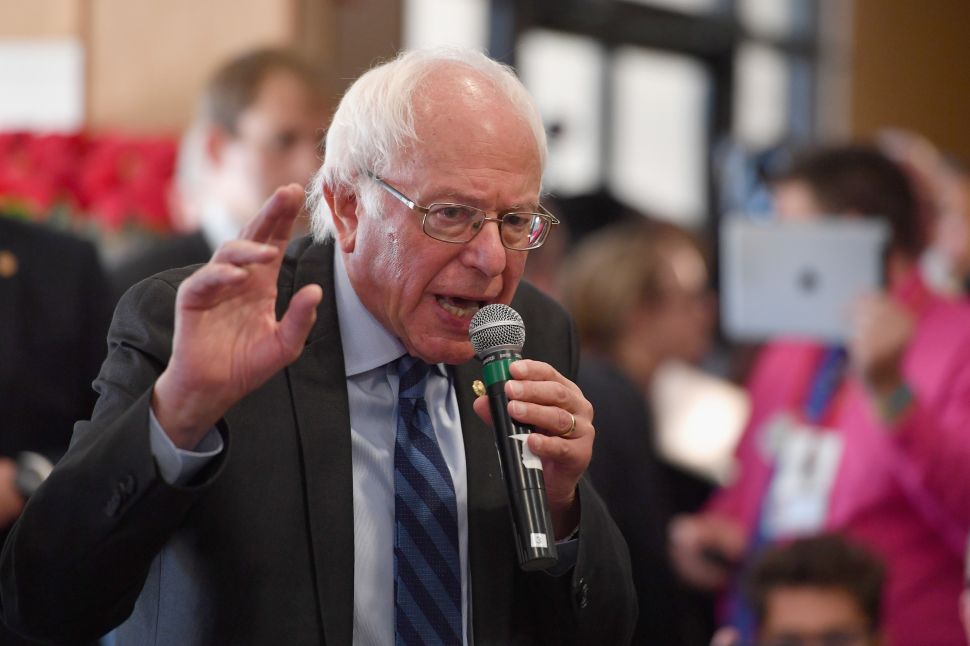