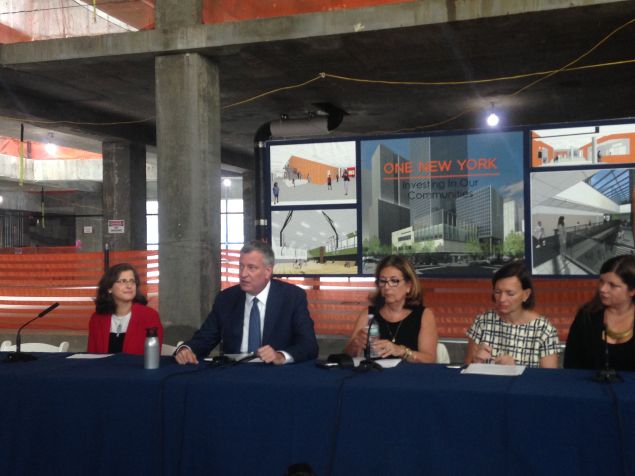 Mayor de Blasio speaking at a press conference on a new school coming to the Upper West Side. (Photo: Madina Toure for Observer)

A day after Council Speaker Melissa Mark-Viverito blasted the city Department of Transportation for suggesting she call 311 when she tweeted a traffic signal problem to the agency, the mayor had her back, calling the response “stupid.”

Mark-Viverito tweeted a photo of a broken traffic signal on 119th Street and Pleasant Avenue in Harlem to the agency yesterday morning, asking the agency to take care of it. The agency told her that crews had been notified and then said that for the fastest response, she should report the issue to 311. The speaker did not take the suggestion well.

“I’m sorry…whaaaat??? This a joke? Or an auto response? Or maybe even an intern? Not a response for an elected,” Mark-Viverito tweeted at the agency.

While the DOT caught plenty of flack for its response, the speaker also ended up receiving criticism, with some wondering if she was demanding special treatment as an elected official. She insisted she was doing her job to facilitate constituent requests through agencies.

“I thought it was stupid,” he said.

The mayor believes Mark-Viverito’s status as the leader of the City Council means she should have been given a more respectful response.

“I think they should recognize if the speaker of the City Council, one of the leaders of the city government, is raising an issue, that obviously demands respect and demands attention,” de Blasio said.

And all citizens should receive a swift response whether or not they are elected officials, he said, but said Mark-Viverito should not have had to snap at the agency on social media to get the help she requested.

“Now the good news is that should be true for any citizen and in fact that issue was quickly resolved, as I understand, in a matter of hours,” de Blasio continued. “But she should not have had to say what she said.”

He noted although the 311 system has its challenges, it has been a good development overall that has “managed to be courteous and effective and quick in the response,” crediting former Mayor Michael Bloomberg, who started the system in 2003.

“That’s something we work on across all city agencies,” he added “We want to see anyone raising a concern treated with respect and we want the turnaround time to be very, very fast. So it’s what we call a teachable moment.”

Scott Gastel, a spokesman for the DOT, said the agency’s Twitter account is run through its Strategic Communications unit and that the DOT’s responses are not automated.

Gastel said Mark-Viverito’s staff reached out to the DOT’s Manhattan Borough Office on Tuesday and told staff the appropriate operational unit would be notified.

In response to her tweets, they replied with two tweets: one acknowledging that her staff had called the borough office and mentioning that a crew was being dispatched and another stating the city’s social media policy for effectively reporting street conditions, according to Gastel.

Before noon on Wednesday, a crew was on the scene addressing the signal and the repairs were completed by 12:05 p.m., Gastel said.

This story was updated to include a comment from the city Department of Transportation. 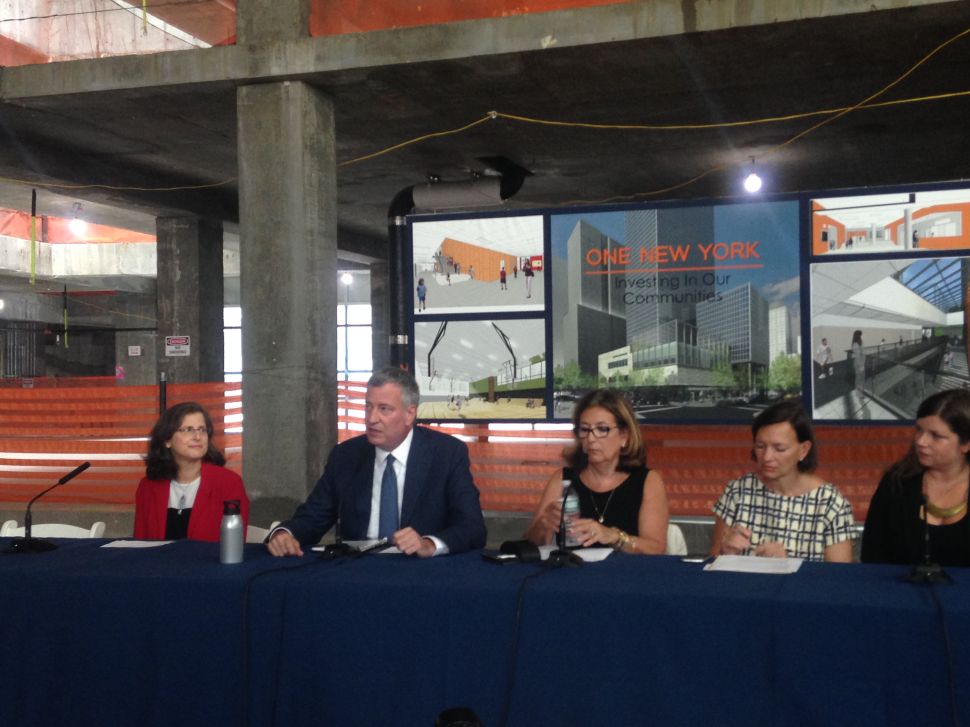