In the article “Malcolm Gladwell Got Us Wrong,” the researchers behind the 10,000-Hour Rule set the record straight: Different fields require different amounts of deliberate practice in order for someone to become world-class.

If 10,000 hours isn’t an absolute rule that applies across fields, what does it really take to become world class in the world of work?

Over the past year, I’ve explored the personal histories of many widely admired business leaders, including Elon Musk, Oprah Winfrey, Bill Gates, Warren Buffett, and Mark Zuckerberg, in order to understand how they apply the principles of deliberate practice.

What I’ve done does not qualify as an academic study, but it does reveal a surprising pattern.

Many of these leaders, despite being extremely busy, have set aside at least an hour a day (or five hours a week) over their entire career for activities that could be classified as deliberate practice or learning.

I call this phenomenon the five-hour rule.

For the leaders I tracked, the five-hour rule often fell into three buckets: reading, reflection, and experimentation.

According to an HBR article, “Nike founder Phil Knight so reveres his library that in it you have to take off your shoes and bow.”

Oprah Winfrey credits books with much of her success: “Books were my pass to personal freedom.” She has shared her reading habit with the world via her book club.

These two are not alone. Consider the extreme reading habits of other billionaire entrepreneurs:

Want to read books recommended by leaders such as Bill Gates, Mark Zuckerberg, Sheryl Sandberg, and Elon Musk? I created a report that highlights the most-recommended books of 60 top CEOs, entrepreneurs, and leaders.

Other times, the five-hour rule takes the form of reflection and thinking time.

When Reid Hoffman needs help thinking through an idea, he calls one of his pals: Peter Thiel, Max Levchin, or Elon Musk. When billionaire Ray Dalio makes a mistake, he logs it into a system that is public to all employees at his company. Then, he schedules time with his team to find the root cause. Billionaire entrepreneur Sara Blakely is a long-time journaler. In one interview, she shared that she has more than 20 notebooks in which she logged the terrible things that happened to her and the gifts that have unfolded as a result.

If you want to reflect on what you’re learning with others, join this Facebook group.

Finally, the five-hour rule takes the form of rapid experimentation.

Throughout his life, Ben Franklin set aside time for experimentation, masterminding with like-minded individuals, and tracking his virtues. Google famously allowed employees to experiment with new projects during 20 percent of their work time. Facebook encourages experimentation through Hack-a-Months.

The biggest example of experimentation might be Thomas Edison’s. Even though he was a genius, Edison approached new inventions with humility. He would identify every possible solution and then systematically test each one of them. According to one of his biographers, “Although he understood the theories of his day, he found them useless in solving unknown problems.”

He took the approach to such an extreme that his competitor, Nikola Tesla, had this to say about the trial-and-error approach: “If [Edison] had a needle to find in a haystack, he would not stop to reason where it was most likely to be. He would proceed at once with the feverish diligence of the bee to examine straw after straw until he found the object of his search.”

The power of the five-hour rule: improvement rate

People who apply the five-hour rule in the world of work have an advantage. The idea of deliberate practice is often confused with just working hard. Also, most professionals focus on productivity and efficiency, not on improvement. As a result, just five hours of deliberate learning a week can set you apart.

Billionaire entrepreneur Marc Andreessen poignantly talked about improvement rate in a recent interview. “I think the archetype/myth of the 22-year-old founder has been blown completely out of proportion … I think skill acquisition, literally the acquisition of skills and how to do things, is just dramatically underrated. People are overvaluing the value of just jumping into the deep end of the pool, because the reality is that people who jump into the deep end of the pool drown. There’s a reason there are so many stories about Mark Zuckerberg. There aren’t that many Mark Zuckerbergs. Most of them are still floating face down in the pool. And so, for most of us, it’s a good idea to get skills.”

Later in the interview he adds, “The really great CEOs, if you spend time with them–you would find this to be true of Mark [Zuckerberg] today or of any of the great CEOs of today or the past–they are really encyclopedic in their knowledge of how to run a company, and it’s very hard to just intuit all of that in your early 20s. The path that makes much more sense for most people is to spend five to 10 years getting skills.”

We need to move beyond the cliché, “Lifelong learning is good,” and think more deeply about the minimum amount of learning the average person should do per day to have a sustainable and successful career.

Michael Simmons is the co-founder of Empact and writes at MichaelDSimmons.com. To receive more articles like this one, visit his blog. This article appeared on Inc.com. 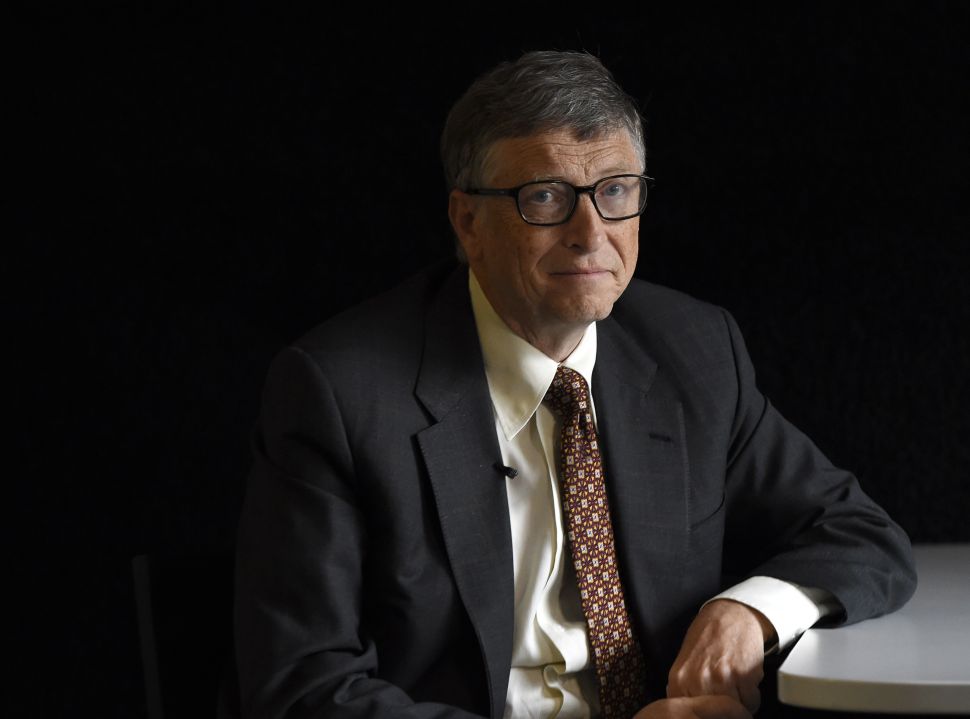