On the Matterport website, the 3D scanning camera leads with its most obvious business case: making models of the insides of real estate. When the Wall Street Journal turned to one of its investors, Blake Krikorian, to discuss Matterport’s hardware, he wanted to talk about playing video games. “I wanted to scan my house and I wanted to drop it into Call of Duty, so I’m fighting zombies in my own house,” Krikorian told the paper in 2014.

That spirit of really enjoying technology comes through the testimonies peppering the internet this week with the news of Krikorian’s unexpected death on Wednesday, following a paddle boarding outing. He was 48 years old.

Krikorian and his brother Jason Krikorian founded Slingbox together, after they realized they couldn’t watch the Giants game when traveling outside the San Francisco area, according to the San Francisco Chronicle. The company’s hardware made it possible to transmit a broadcast on a person’s home television via the internet to a person’s computer or mobile device. They sold the company in 2007 for $380 million. He subsequently founded home automation startup id8 Group R2 Studios in 2011, which was acquired by Microsoft in 2013.

Jason Hirschorn, CEO of Redef and former chief of product at MySpace, wrote of Krikorian’s talent for and enjoyment of playing with new platforms and gadgets. He remembered their repeated trips to the Consumer Electronics Show in Las Vegas, where each year they would share a room at the hotel. Hirschorn wrote:

My favorite month every year is January. A bunch of our friends would go to CES for a dinner and a few days checking out the new toys. I’d usually arrive after him and when I walked into our suite at THE WYNN, without fail, the TV would be off its mount. He would be rewiring something and hooking up video games or new devices.

When something would go wrong, he’d open up a piece of a wall and just start pulling out what seemed to be 100 massive wires and cables and somehow fix the issue. Offering me a bag of popcorn he had just popped on the spot he’d smile, “you need these” and gave me some enormous goggles adding under his breath, “just wait, man, just wait.”

Recode co-founder Kara Swisher, who broke the news of Krikorian’s passing, remembered how he could match her children for enthiasm about something cool:

His favorite topic, of course, was how the whole Hollywood and Silicon Valley relationship was faring. He loved that intersection and spent his life dedicated to grokking how to make it work. But he still managed to keep an almost childlike wonder about the strides that had been made in media delivery.

I’ll never forget him geeking out with my two young sons at his really tricked-out home theater, testing some new 3-D product, as hopped up as they were on the coolness of it. (After that much fun, my elder son jokingly asked Blake to adopt him.)

Slingbox alum Jeremy Toeman came at this same point from a different direction, writing on Medium about how Krikorian didn’t just want to have fun himself, but he also wanted others to have fun, even when doing the most tedious parts of working with technology. For example, as they built the hardware that would make his name, Toeman wrote that Krikorian worried about people struggling to match their box with their home router:

So Blake hopped in his car, drove to every Best Buy, Good Guys, CompUSA, Radio Shack, etc within 10 miles of our office and bought one of each router he could find. He then, himself, tested the Slingbox with each individual router, taking and marking up screenshots the entire way. We then incorporated the screenshots into the setup experience, just to make the process a little smoother. Nobody I had ever met thought this way, with such completeness to the entire experience.

GigaOm founder Om Malik dropped the typical journalist’s cynicism to write this testimony to the lost founder and investor: 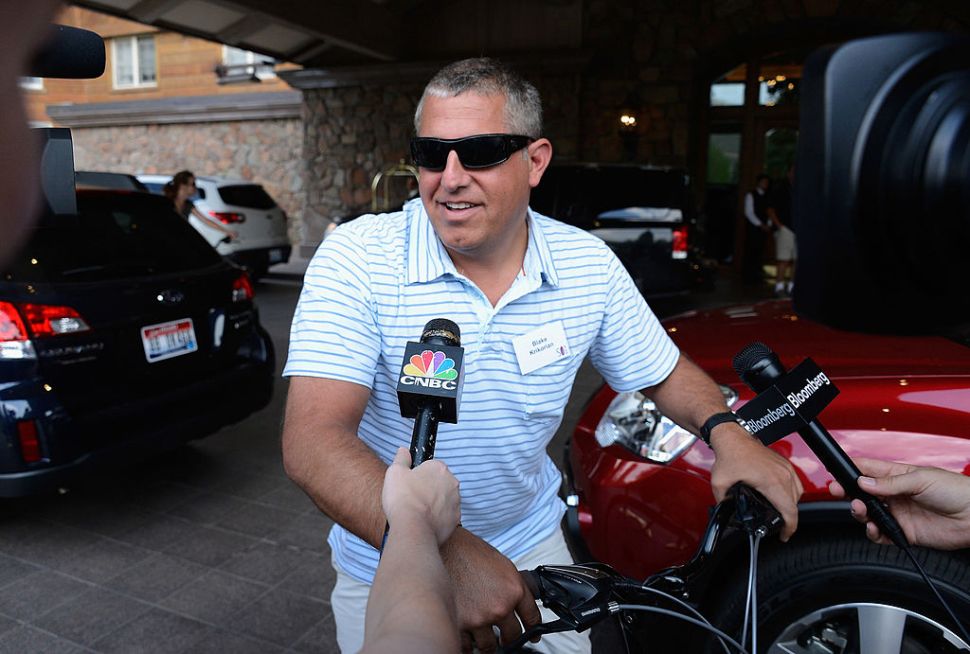