With former Prime Minister David Cameron’s June 26 departure and other abrupt resignations soon after, there’s no question the UK political system has suffered a major legitimacy crisis this summer. And it’s not over yet. Yes, Theresa May swiftly stepped in on July 11 to save the day—but let’s not forget that the Brexit vote was a clear act against the “entire political class” to which former Home Minister May belongs after all. Can Prime Minister May truly overcome the UK’s severe legitimacy crisis? It’s looking very tricky for 2016.

Her immediate focus has naturally been regional. In the last month, she has been making the rounds and holding key talks with various European leaders. It makes sense—boost your international legitimacy and develop a rapport with other leaders before Brexit negotiations start next year. Well done, Theresa.

But at this point her domestic legitimacy is a mixed bag, at best. First, Prime Minister May was smart to clear up all confusion about the vote early on: “Brexit means Brexit,” she declared. “We are all Brexiters now.” Since this strong statement, protests have declined across the UK, as citizens come to terms with what’s next. Then again, we are still not clear on what is next—what does May mean by having an “open mind” about Brexit? Will it be a “hard” or “soft” Brexit? Everyone will likely be wondering about this until 2017 when Brexit negotiations actually begin (unless the House of Lords manages to delay it). So through 2016, look for Prime Minister May’s political legitimacy to be challenged through sporadic protests by Remain voters and those Leave voters who regret (or will regret) their vote.

Second, Prime Minister May has been open about her commitment to create an economy that “works for everyone, not just a privileged few” for the long-term. Commendable, sensible, honorable—way to go, madame prime minister. But in the short-term, who will help Remain voters, Leave supporters and the undecided as they bare the brunt of the current economic stagnation (or imminent mild recession)? Let’s not forget in the first Prime Minister’s Questions session in Parliament following May’s promotion, she made clear that past austerity measures would continue: “You talk about austerity. I call it living within our means.” Look for austerity and recession-related unrest across the UK to surface sporadically in the coming months (and even years) until economic policies actually deliver. Until then, May’s economic legitimacy as Prime Minister will be challenged.

Third, Prime Minister May has condemned the post-vote social crisis involving rising xenophobic attacks on certain migrants—both online and on the streets. She has publicly assured some migrants (such as Polish and Italian nationals) that she “wants and expects” them to stay in the UK. But wait a minute, her government had also said it would be “unwise” to guarantee that all EU nationals in the UK can stay post-Brexit (unless of course Britons’ rights abroad are secure); and those who do stay will likely see their benefits cut. Let’s also not forget the rising Islamophobia. In response, new Home Minister Amber Rudd announced a £2.4M fund to boost security around places of worship. When May served as Home Minister, she pledged to tackle this issue (even if some critics suggest her policies contributed to the current surge in anti-Muslim crime). But Prime Minister May has been largely silent on this sensitive issue—and some are noticing. Now, throw ISIS into the mix, with its plans to attack the UK (possibly using armed drones and targeting shopping centers and stadiums). Look for xenophobic incidents across the country to recur in the coming months, threatening her legitimacy as Prime Minister.

Yes, Prime Minister May has her work cut out for her. But, while she continues to build her foreign legitimacy pre-Brexit talks, her domestic legitimacy will likely be recurrently challenged by certain citizens if she doesn’t make adjustments. Be smart, Theresa. All of this will make her genuine attempts at domestic policymaking a challenge. The severe legitimacy crisis will deepen and certain non-state actors (yes, you guessed it—ISIS) will try to fill the gap. 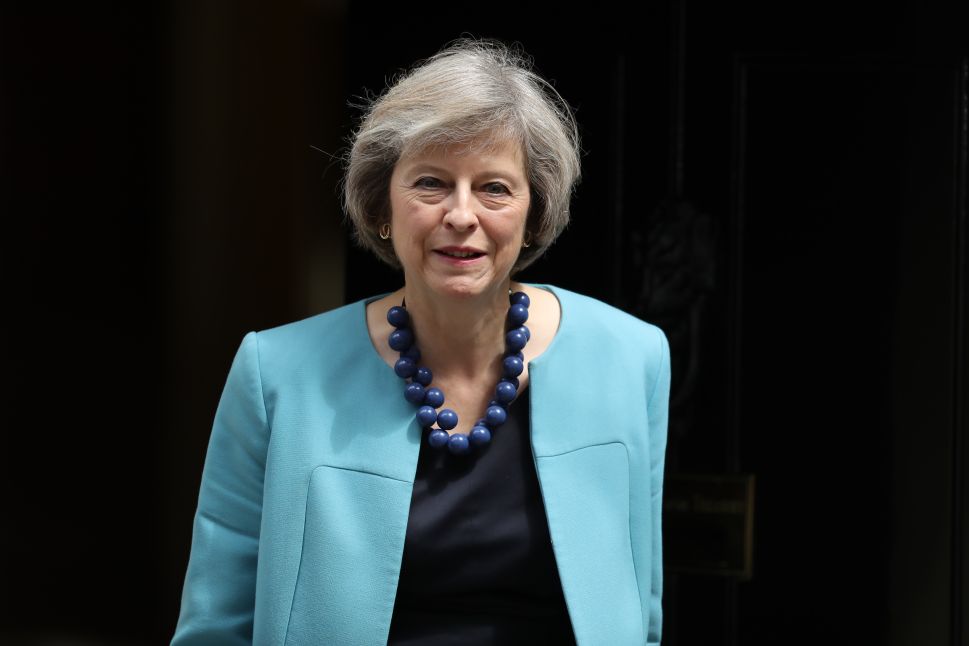