Once again, everything old is new. Reminiscent of the ’90s comeback and the fervent admiration for worn-in Levi’s, the ’70s punk era is about to have a moment of its own. Think: The Sex Pistols, studded choker necklaces and Vivienne Westwood vibes. Byronesque, a site aimed to preserve the rebellious punk subculture of the past through a selection of vintage offerings, has partnered with Style.com for a limited edition line of t-shirts, in celebration of the site’s relaunch. Instead of supplying its users with the usual offering of retro garb, the online boutique has taken to designing its own line of distressed tees, the company’s first foray into an in-house collection.

The e-commerce site has emerged as an authority on all things authentically vintage. Taking “a stand against the banality and mediocrity of pop culture: of statistics and selfies,” the boutique features editorial content aimed to revere its aged icons while striving to present something “more polarizing and more provocative.” Offering everything from a personal shopping feature on its app–which can help curate the perfect collection of structured jackets, androgynous leather garments or gothic looking capes–the boutique is a wonderland for the most nostalgic of shoppers.

Curated by Byronesque editor-in-chief Gill Linton and the company’s creative director Justin Westover, the site launched the t-shirt partnership in an effort to pay sartorial tribute to fashion’s rebels. The t-shirts, which were sourced by Byronesque and their retail partner, Chapel NYC, each feature a designer’s name and a number, which is relevant to an important moment in their respective fashion history. Naturally, each shirt mirrors the aesthetic of the designer it honors. Reminiscent of an athletic jersey of sorts, the line will produce 2oo shirts celebrating Halston, Yohji Yamamoto, Stephen Sprouse, the Antwerp Six and Vivienne Westwood, among others.

“Each T-shirt is like wearing a fashion editorial,” Linton said. “Everything from the date to the print, even the color and wear and tear of each T-shirt has been hand selected to tell a story about the designers who have made an important contribution to fashion history. What better way to pay homage to our vintage fashion heroes?” The Halston 54 tee was designed to honor the brand’s impact on New York’s Studio 54. To commemorate the many scantily clad women partying during the late ’70s, the Halston 54 tee was designed with a specific sheerness in mind. Meanwhile, the Kawakubo 82 includes an exaggerated layer of ripped distresses to match the designer’s famous collection of cut-outs and hole inspired designs, which was debuted in 1982.

The shirts also feature illustrations from artist Jessica May Underwood atop the layers of black, white and grey shaded tees. To match the limited edition capsule collection, the site has also designed a series of unique prints which will join Byronesque’s collection of goods, shelved alongside designs by Comme des Garçon, Alaïa, Jean Paul Gaultier and Margiela looks. The collection of capsule tees will be available online at Byronesque.com and in a limited number of stores come fall. 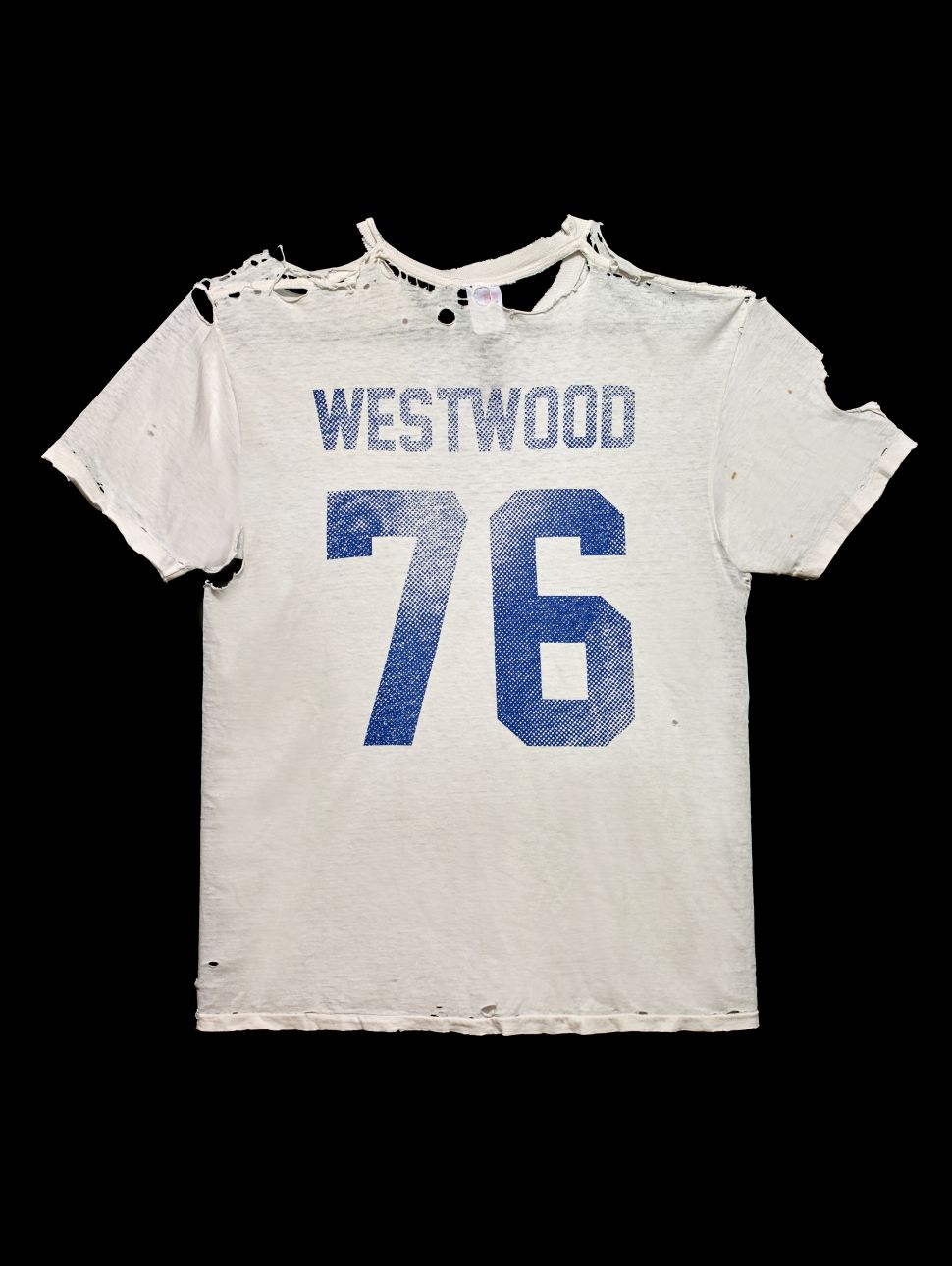