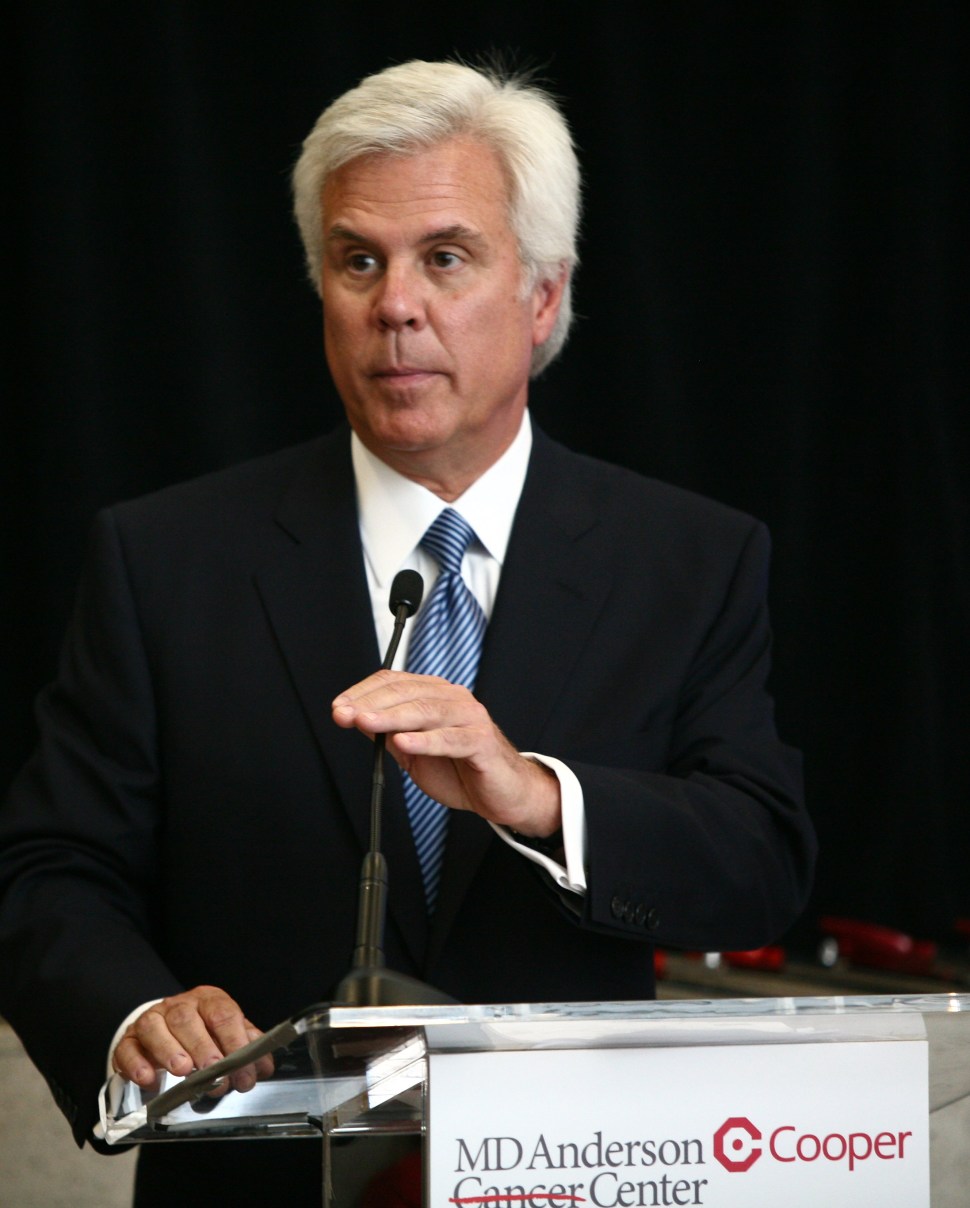 While Hillary Clinton versus Donald Trump absorbs the emotional energies of the rest of the country, insiders in New Jersey’s Democratic Party are already trapped in a 2017 tractor beam, as the establishment led by George Norcross III looks ahead to a meeting of the party chairs scheduled for next Wednesday.

Clinton is beating Trump in New Jersey by double digits.

So the party is opting to get a head start on cannibalizing itself.

It’s unclear how many chairs will actually attend amid irritation in some quarters over the pre-prez timing of the sit down.

Chairs – and Dem legislators – earlier today received directives to convene at an undisclosed location, supposedly in consideration of next year’s gubernatorial contest, which has supplanted the prez contest in terms of party interest and intrigue here in the Garden State. The calls went out after PolitickerNJ reported yesterday on a meeting between Jersey City Mayor Steven Fulop and Newark Mayor Ras Baraka, who are preparing to run slates of candidates in support of Fulop against the establishment in Essex, where powerful County Executive Joe DiVIncenzo is presumed to be leaning toward Norcross ally Senate President Steve Sweeney (D-3).

Fulop also has strong ties in Union, to Sheriff Joe Cryan, who appears to be positioned – if need be – to rise in opposition to Union County Democratic Chairman (and Assemblyman) Jerry Green, a longtime Sweeney ally who has not yet declared his support for the senate president.

Cryan left the assembly in 2015 to become sheriff after championing public sector unions in the face of Sweeney-led overhaul efforts and getting stripped of his leadership position.

Like Green, Cryan has made no mention publicly of his support for any single gubernatorial candidate. Fulop held a Liberty House fundraiser for him earlier this summer.

Another longtime power player in the county, state Senator Ray Lesniak (D-20), has stated his own desire to run for governor in 2017, potentially bottling up Green’s endorsement of another candidate in favor of the native Elizabethan.

A source with knowledge of next week’s meeting said several chairs expressed concern about Baraka’s support for Fulop and the potential for the powerful Newark mayor to consolidate urban support behind Fulop’s candidacy. The chairs more inclined to be closely affiliated with Norcross and DiVincenzo are also preparing for counterinsurgency efforts.

Essentially, the idea is that certain leaders don’t want to find themselves having too good a time on a golf course with someone who ends up actually being a bitter rival on the other side of a statewide civil war.

“I wish we were focused on the presidential election,” one Democratic source fretted, then proceeded to put on the war paint with words of caution aimed at any Democrat affiliated with Fulop who chooses to interfere with the Norcross/DiVincenzo-led party establishment.