It looks like CBS Evening News anchor Scott Pelley has added a Flatiron pied-à-terre to his real estate holdings.

Pelley, who is also a correspondent for 60 Minutes, and his wife, Jane, paid $2.25 million for a two-bedroom, two-bathroom abode at 50 West 15th Street, in the Oculus Condominium.

Their new pad has wide plank cherry wood floors, an open chef’s kitchen with Viking appliances and quartz countertops, and a washer and dryer in the unit, per the listing held by Douglas Elliman broker Kenneth Shusterman.

Though Douglas Elliman declined to comment on the sale, we think it’s safe to say that the couple is intending for the the apartment to be a second home, considering they also own an 8,000-square-foot house in Darien, Connecticut, which is spread out over 2.41 acres—a bit roomier than their new 1,265-square-foot condo, for which they paid the sellers, Marlo Hyman and Kenneth Goldman, slightly under the most recent $2.35 million listing price.

The acclaimed journalist’s CBS Evening News predecessor, Katie Couric, also snagged a new home in the city recently, though she opted for a $12.17 million Upper East Side condo.

Pelley’s new condo might not have quite the space that his sprawling six-bedroom, six-bathroom Connecticut spread boasts, but there is a balcony off the living room, and the master suite includes a walk-in closet and a marble and limestone bathroom with a soaking tub, separate Steamist shower, double sink vanity and radiant floor heating. Plus, his commute surely stands to benefit—it’s not exactly next door to the CBS Broadcast Center at 524 West 57th Street, but it definitely beats the trek in from Connecticut.

If Pelley prefers to spend some evenings in the Nutmeg State, perhaps he should take a page from Today show anchor Matt Lauer’s playbook: NBC reportedly picks up the tab for Lauer’s helicopter rides to transport him between his Hamptons estate back into the city for broadcast. 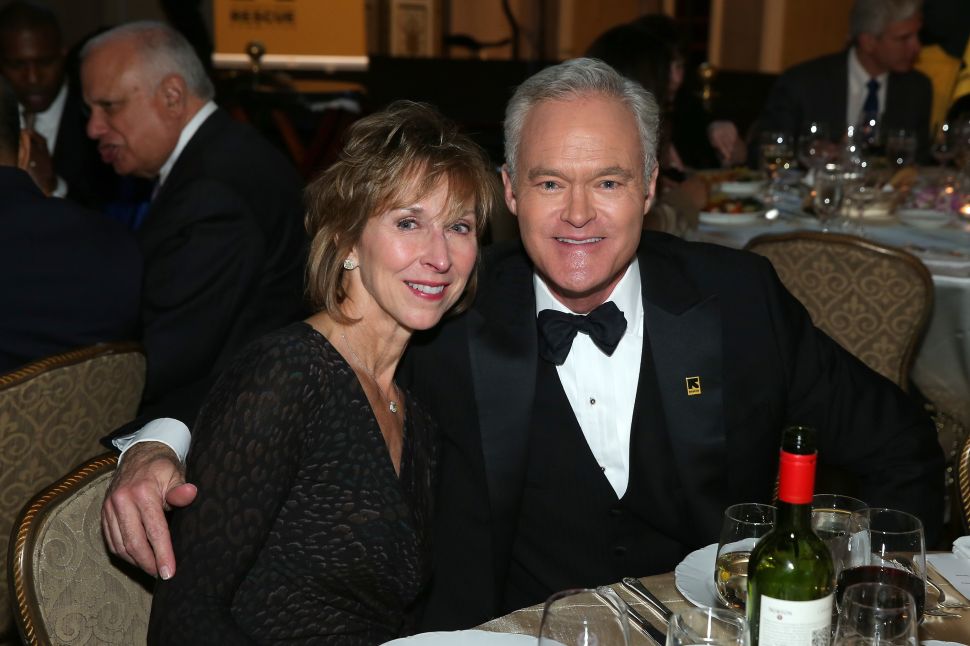