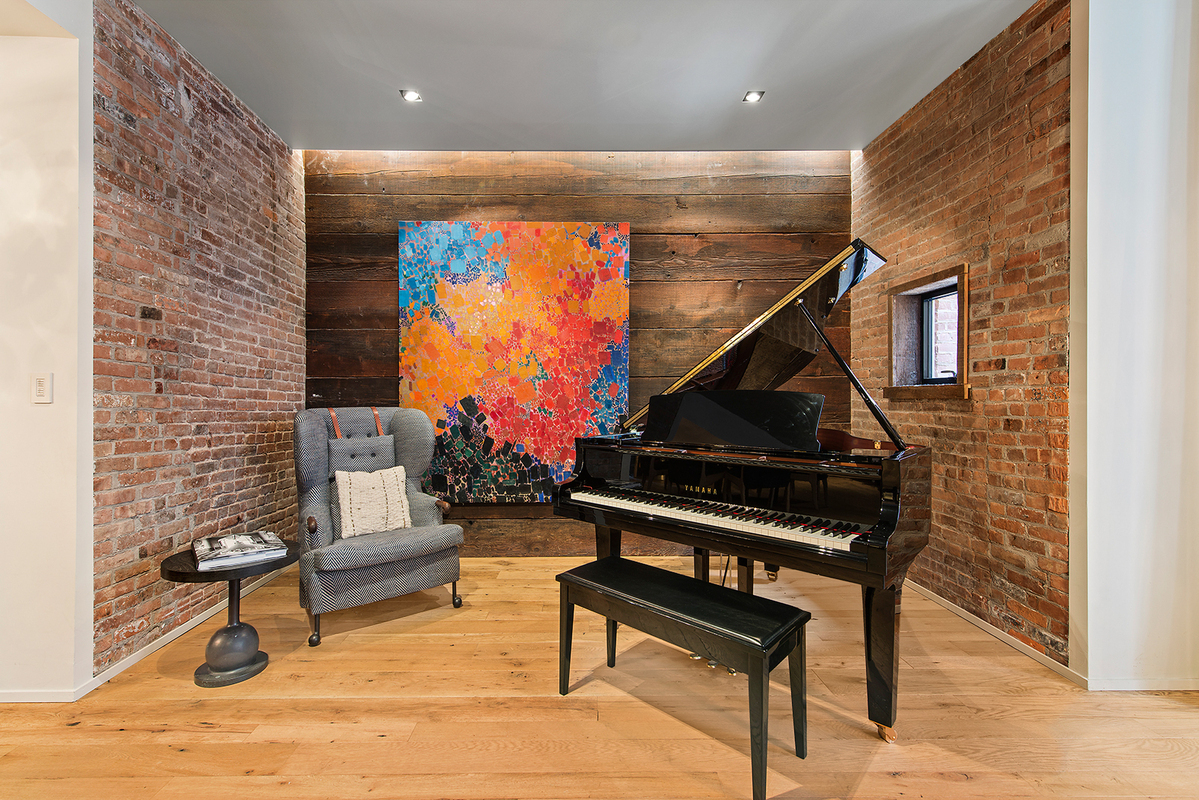 Hoping the new buyers keep this as is.
(Photo: CORE) 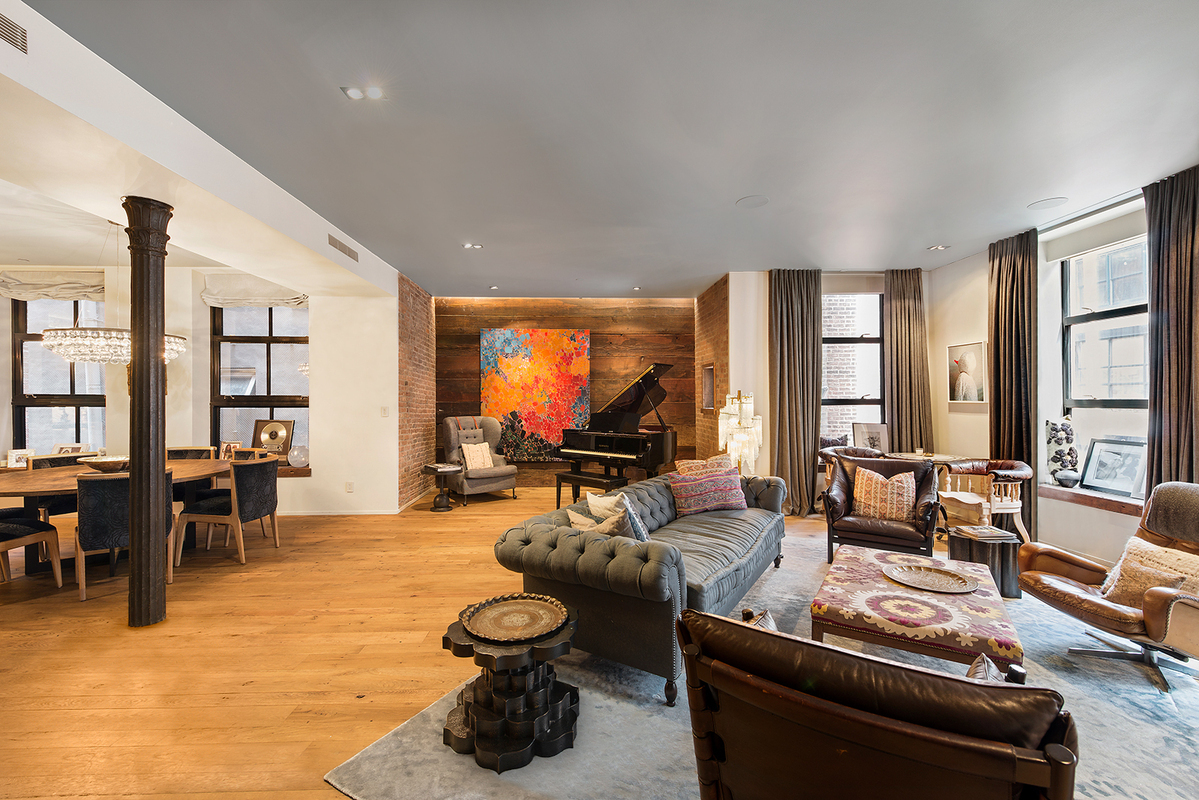 The apartment was featured in Architectural Digest after a high-end renovation.
(Photo: CORE) 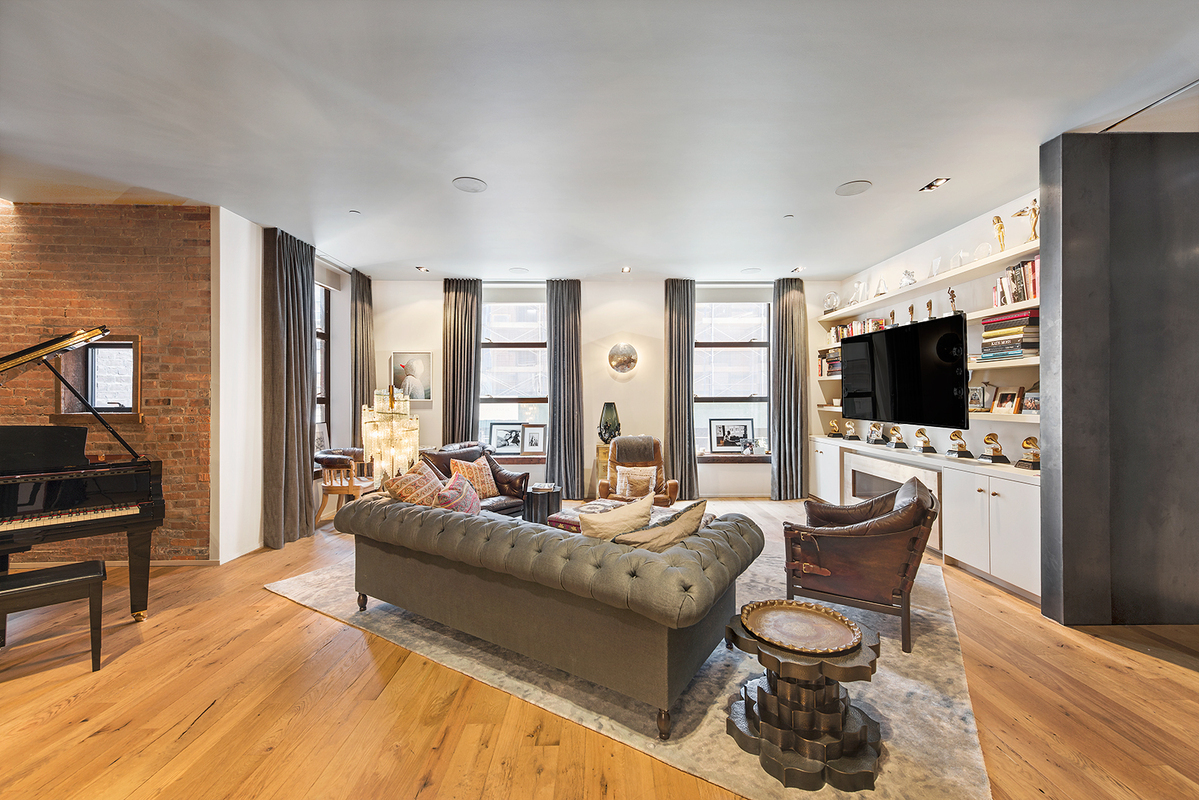 Not sure where the nursery would go...
(Photo: CORE) 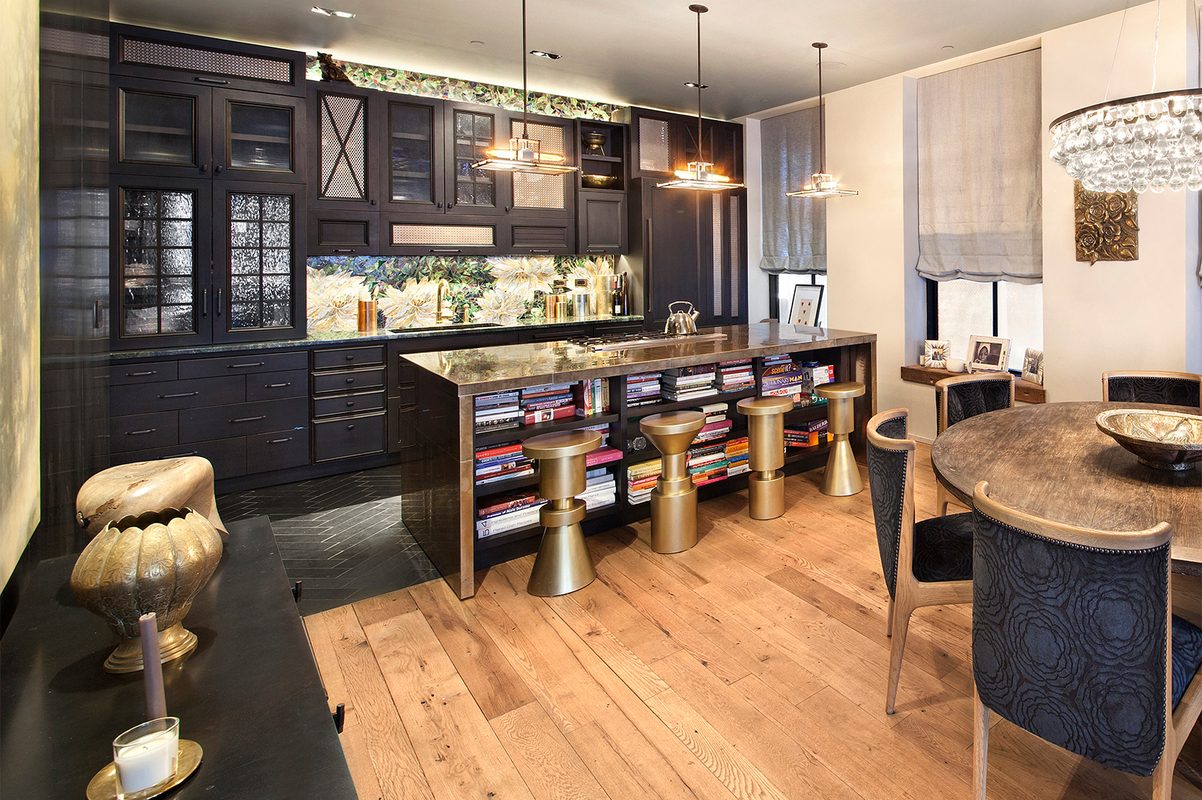 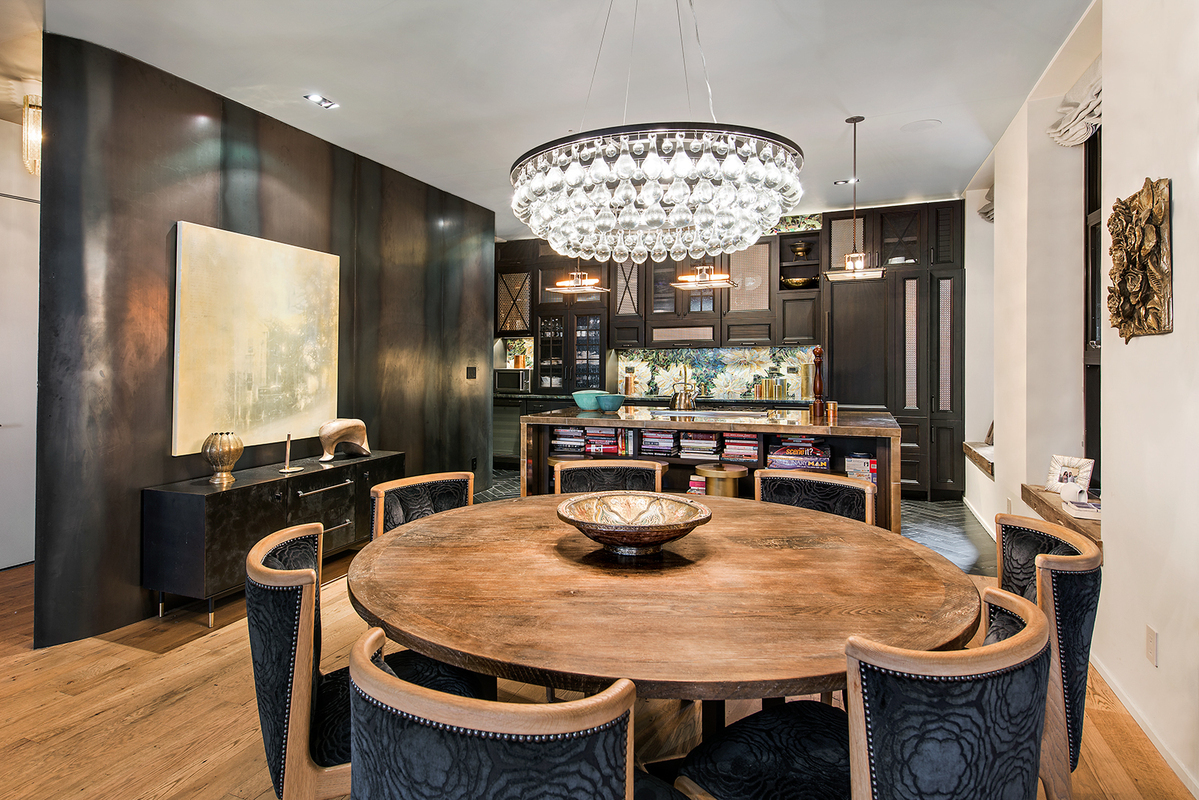 They added lots of metallic finishes to the space.
(Photo: CORE) 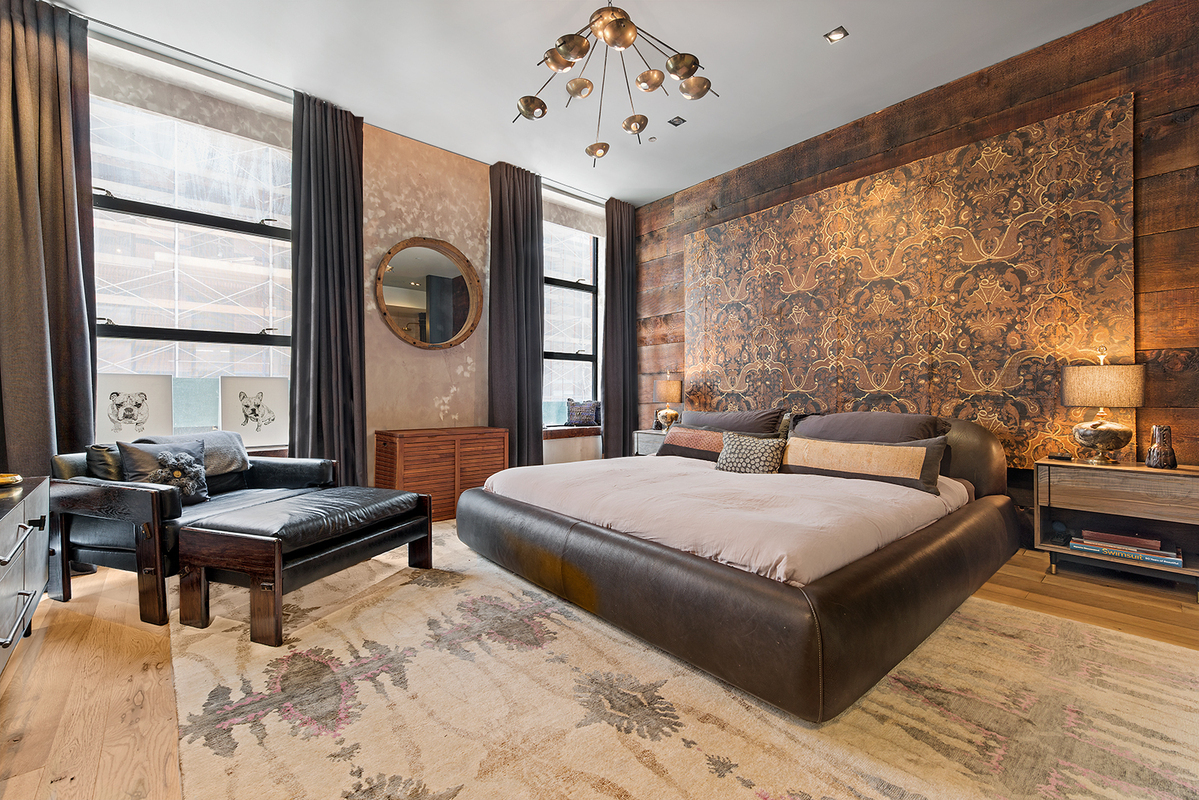 The transformed the layout into a one-bedroom, with a huge master suite.
(Photo: CORE) 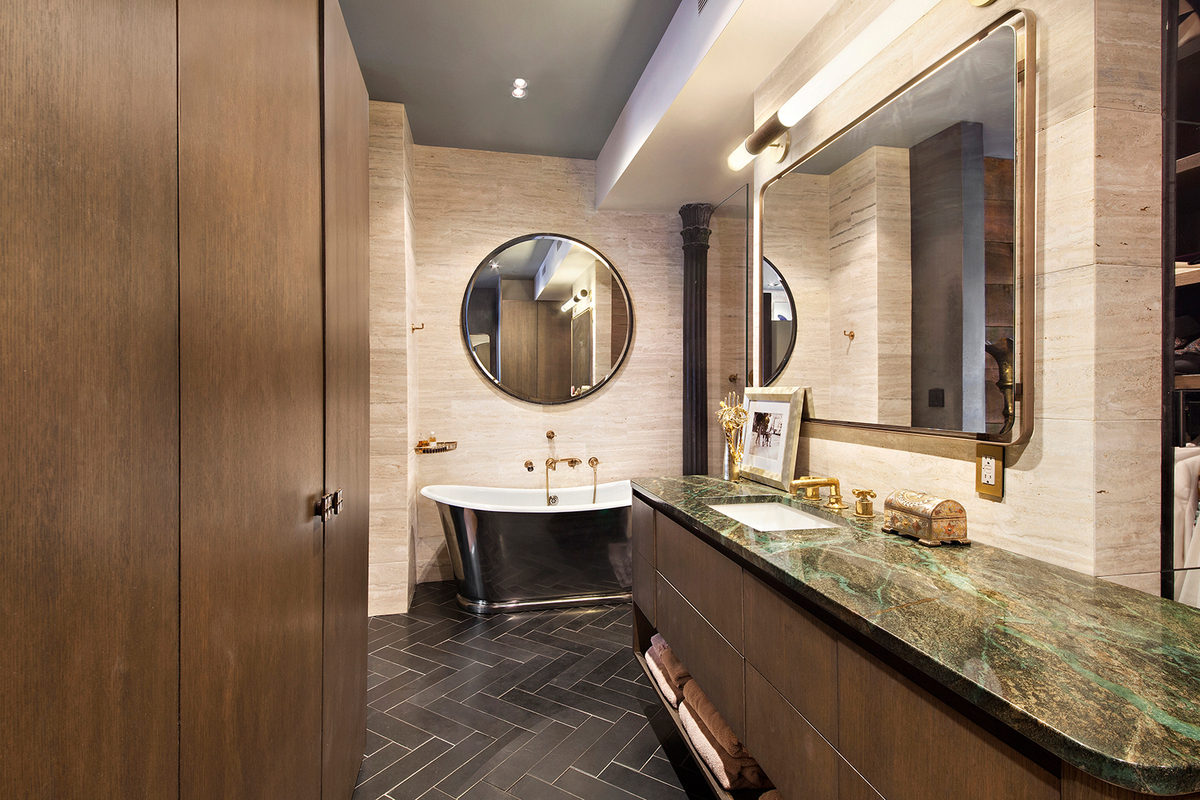 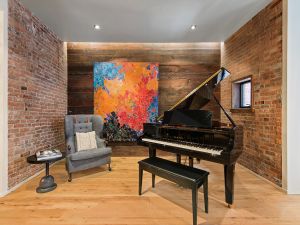 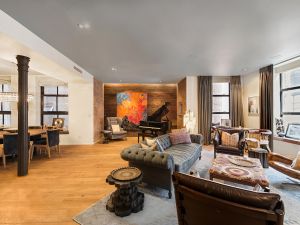 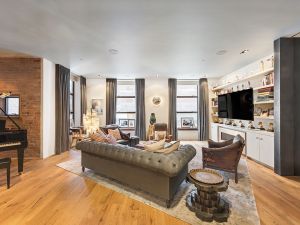 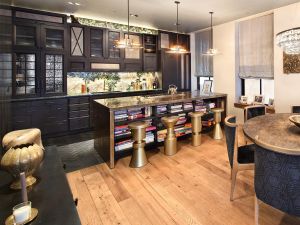 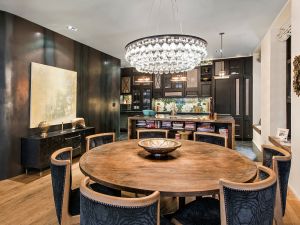 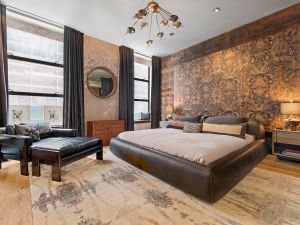 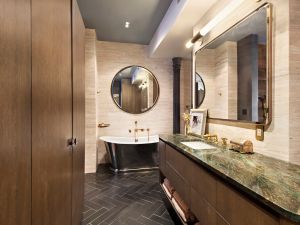 There’s something about Chrissy Teigen and John Legend that makes them one of our all-time favorite celebrity couples.

Whether it be Legend penning the ballad “All of Me” for his model wife, posting photos of their daughter, Luna, or really just any of Teigen’s social media activity in general (she recently posted a Snapchat of her post-baby stretch marks, because she’s that awesome), the couple is almost too adorable.

And it is entirely unsurprising that their 1,969-square-foot Nolita loft at 374 Broome Street, which they purchased in 2012 for $2.5 million (shortly before their dreamy wedding in Lake Como, Italy), is almost as beautiful as the genetically blessed couple—after a renovation led by Don Stewart of Desiderata Design, it was featured on the cover of Architectural Digest.

The stunning apartment, which has lots of exposed brick and cast iron columns, along with oversized windows and a chic gas fireplace, has been scooped up by a buyer with excellent taste, and we’re already feeling serious pangs of jealousy.

“The buyers liked the location, and the feel of the loft,” CORE broker Jason Walker, who has the $3.995 million listing, told the Observer. “It has a lot of character, with tremendous old-world charm. There are very interesting touches and details incorporated into the design. They very much understood quality, so they connected with the space.”

There’s an alcove off the living room, which is currently in use to display Legend’s piano, where we imagine the Grammy winner sings to his wife every night while she cooks all those incredible dishes she blogs about. Especially all the soups. Naturally, there’s a chef’s kitchen with a custom-built island, as well as hand-laid mosaic tile backsplash.

“It’s a very oversized one-bedroom right now,” Walker said of the loft. “It can be manipulated into a two, but I think the current buyers prefer to keep it as a one-bedroom.” We can understand why—the master suite is lovely, and it has a walk-in closet and a custom built-in wardrobe, while the bathroom is complete with a cast iron tub, separate walk-in shower and radiant heat tiles floors.

“I’ve had the pleasure of working with John and Chrissy for over a decade,” Walker told the Observer. “Not only are they two of my favorite clients, but they’re two of my favorite people,” he said, which pretty much confirms our longtime suspicion that the couple is beloved by all. “It is always a joy to work with them, and this was an interesting property as well.”

For anyone who perhaps wants to see the couple just living their perfect life inside the loft, Teigen’s Instagram (see below) offers a snippet—exposed brick, we see you.

“It has tremendous character, it’s unique, warm, and it really had to resonate with the right client,” Walker continued. “I really feel the people who bought it are going to enjoy many years there, and create many memories there as did John and Chrissy.”

As for where the couple will choose to reside next in the city? It’s not yet clear exactly where they’re heading now that they’ve parted ways with the Brewster Carriage House, but considering their previous home in Los Angeles also received the Architectural Digest star treatment back in 2013, we’ll probably (well, hopefully) get to see the future home on another glamorous magazine cover. Or at least on Teigen’s Snapchat.