RANDOLPH – New Jersey Governor Chris Christie stood in front of the Randolph Motor Vehicle Commission (MVC) location on Wednesday to announce that some changes are on the horizon for the oft-criticized state agency.

“The MVC is probably the agency that most New Jerseyians deal with the most when they deal with state government…My experience has always been you never want to go to MVC,” Christie said.

According to Christie, the hours-long wait times that have plagued the agency–and led to hearings in Trenton on the topic being scheduled–are “unacceptable.” In order to combat issues that have created those wait times, Christie has said that he hopes to work with the legislature to make some changes to take place at the agency.

On Wednesday, the governor announced his initiative which includes the following:

In order to announce the new initiatives, Christie was joined by NJ MVC Chief Administrator Ray Martinez. According to Christie, Martinez will continue to work to fix the problems plaguing the agency. The governor also said the he hopes the issue will be supported by a bipartisan coalition of legislators.

“There is nothing that will make a legislator more popular than if they… co-sponsor a bill that made the MVC go faster. That is a lay-up,” Christie said.

While the delays have been caused by computer glitches, the governor’s announcement did not touch on the topic.

“After over a decade of smooth sailing for New Jersey drivers, problems at the MVC returned under Governor Christie – when he laid off workers and slashed the budget for the agency. Folks should think twice before rushing to back Christie’s call to make security shortcuts by using a private agency for registration and having ID express lane checks.” 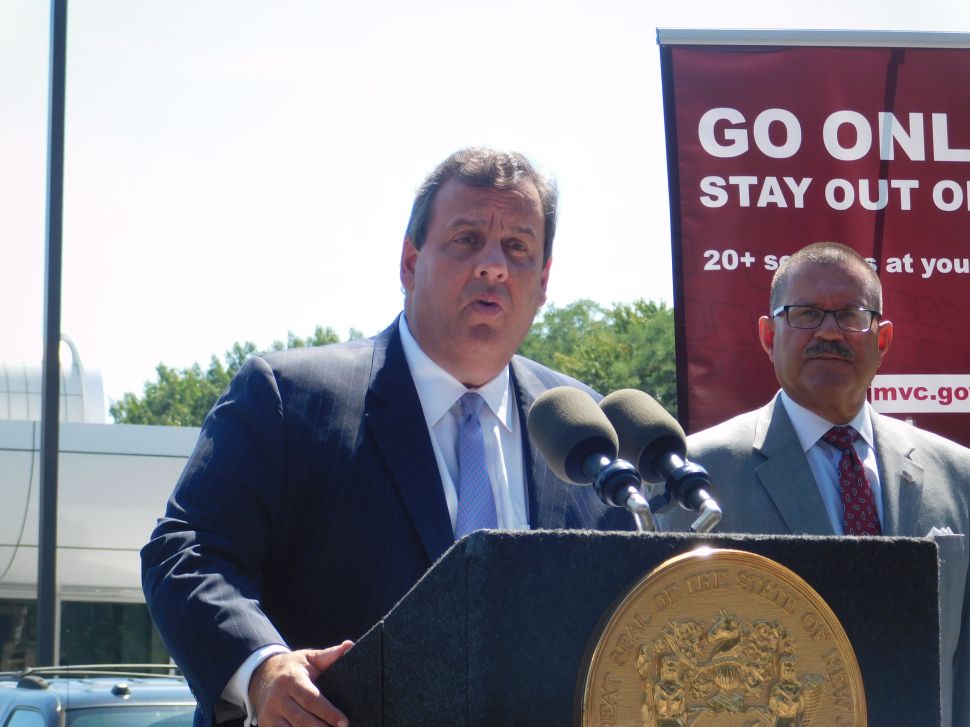