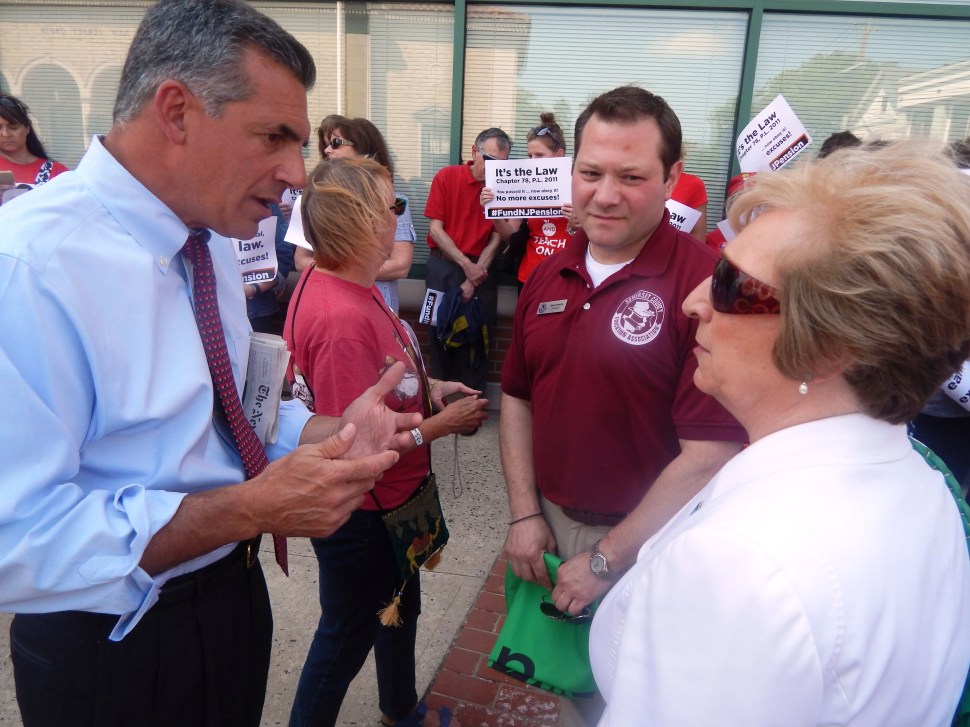 Ciattarelli and the NJEA’s Marie Blistan, toe-to-toe on Division Street outside the assemblyman’s Somerville office.

Above Route 22 in Somerset County, the green spaces bespeak of horse country and those lordly landed barons whose ties to the area go back for generations. Below Route 22, factory towns like Manville, Somerville and Raritan embody blue collar working class roots – the kind of freight trains going all the time template that are the origins of fast-developing-behind-the-scenes-gubernatorial candidate Assemblyman Jack Ciattarelli (R-16).

He’s poised now to get in the Republican Gubernatorial Primary in the second half of September.

Son of a factory worker mother and ditch digging public service worker father in the John Basilone hewn burg of Raritan, Ciattarelli went to Seton Hall and worked his way up to head his own 20-employee publishing company. Recruited by the local mayor of Raritan to get into local politics, he served two terms as a councilman before backing away from elected office for ten years, then put in two terms as a Somerset County Freeholder.

Having first assumed the legislative oath of office in 2011, the 54-year old Ciattarelli, a resident of Hillsborough, now wants to take a crack at governor.

He doesn’t want to sit around and wait for 2021. A source close to the candidate says he’s in to win next year, and means to buck conventional wisdom that the specter of doppelgangers Governor Chris Christie (riding a 26% approval rating) and presidential candidate Donald J. Trump will haunt and sink the GOP brand in this state for years to come.

He’ll very likely have to get through at least LG Kim Guadagno in order to secure the Republican Primary.

A source told PolitickerNJ that while the assemblyman is committed to lifting off in September, in part to get some traction to catch the already rubber chicken circuited Guadagno, the calculus could change if Trump beats Hillary Clinton in November and Christie leaves office to join a Trump Administration. There’s not considerable desire in the Ciattarelli camp to go up against a sitting Republican governor in a GOP Primary.

But otherwise the legislator sees a path to win, and intends to win, the source told PolitickerNJ. As part of his campaign, he wants to present solutions to the schools funding crisis, and he wants to restructure the tax code to favor mom and pop establishments instead of facilitating corporate welfare.

For years, Ciattarelli in Somerset has built a reputation as a respectful and approachable elected official, who has numerous friends on the other side of the aisle, many of whom find his thoughtful, low-key and low ego demeanor refreshing. He’s also considered fearless, which is one of the reasons he’s running now, another source told PolitickerNJ, when few other Republicans see a 2017 shot. 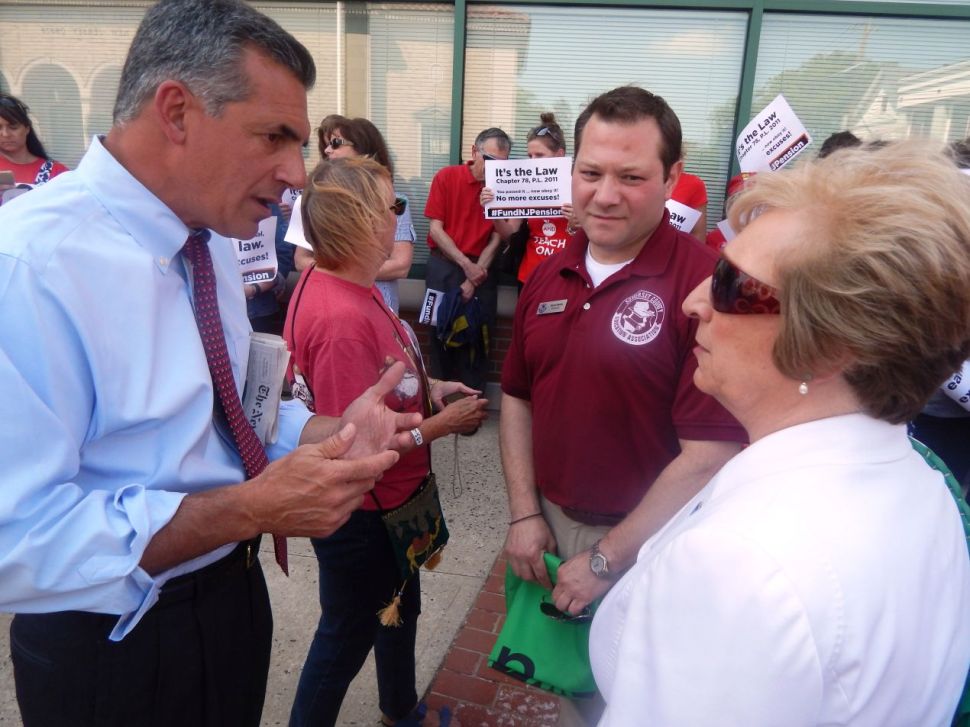