Death came without warning to Ugandan fisherman Mokassa. Surprised by inclement weather on Lake Victoria, his small, makeshift boat started rocking heavily between the tall waves. Mokassa lost his balance, careened into the , got tangled in his own netting and drowned.

The World Meteorological Organization (WMO) estimates that about 5,000 people die per year in a similar manner on East Africa’s Lake Victoria, the second-biggest freshwater body of the world. Lake Rescue East Africa, a nonprofit dedicated to improve safety on the treacherous 70,000 square-kilometer lake, calls it the “arguably most dangerous stretch of in the world in terms of fatalities per square kilometer.” Sometimes it only takes mere minutes for a perfectly sunny day to turn into a pitch-black storm on this lake.

That’s why death is a common companion for roughly 200,000 fishermen from the shores of Uganda, Kenya and Tanzania. “I was shocked to learn that during a survey last year, 93 per cent of the fishermen in Uganda said they knew of more than one accident in which two or more people drowned,“ says Professor Nick van de Giesen, a senior climate expert from the Delft University of Technology in The Netherlands.

Now, Van de Giesen and American meteorologist Professor John Selker from Oregon State University hope to lower these numbers. To do that, the two scientists have founded the Trans-Africa Hydro Meteorological Observatory (TAHMO) to deal with one of the biggest problem for people in Africa: unreliable weather forecasts.

Selker blames the lack of data for the disparity in weather forecasting: “Africa has something like one per cent of the density of weather stations found in the USA or Europe. Many countries have only data from stations found at the airports.” Without this input, he says, “on-the-ground, observed weather data is essentially unavailable in Africa.” Nobody could reliably predict storms like the one that killed Uganda’s Mokassa.

Many famines on the African continent in the past decades, for instance in Ethiopia, were directly linked to insufficient weather data and the resulting inability of farmers to adjust.

And it’s not just about weather-related deaths. Agriculture is another major point of concern. Farmers plant too many crops and the harvest is destroyed by droughts or flooding. Or they fear exactly such inclement weather and plant too conservatively to limit their risk. But if the weather remains stable, the harvest will be too little to feed the population due to the modest amount of seeding.

Many famines on the African continent in the past decades, for instance in Ethiopia, were directly linked to insufficient weather data and the resulting inability of farmers to adjust. Only a dramatic increase in weather stations could change this situation by delivering more reliable forecasts. By doing so they could prevent famines and saving ten of thousands of lives in the process.

A low-cost revolution in the field of sensor technology made TAHMO possible. Consumer and entertainment electronics devices have developed an insatiable appetite for sensors of all kinds. Many of these sensors offer functionality that comes with possible dual-purpose applications for weather forecasting. For instance, washing machines measure levels, fire detectors detect heat and smoke, cars activate their headlights when daylight fades, and smart phones offer a whole array of sensors that relate to environmental data, from GPS to accelerometers. Due to popular demand, these sensors are being mass-produced these days. And this will lower costs.

And the components are shrinking as well. Courtesy of such micro-technology, the typical TAHMO weather stations only stand 25 centimeters (9.8 inchjes) tall. John Selker describes the inner parts of the cylinder: “It has an integrated solar panel the size of a small box of matches. The sensors measure air temperature, humidity, wind speed and direction, rainfall, barometric pressure, lightning occurrence, GPS position, station orientation and direction with compass and accelerometer, a built-in cell phone, and a solar radiation sensor.“ Selker says he knows of no other sensor system that comes close to such a long list of functions and is self-powered on top of it. One TAHMO station costs about $1,500, making it up to six times cheaper than a conventional weather station, which only provides two-thirds of the data.

In an operational station, each sensor measures its respective data every five minutes. Once every hour a package of these measurements will be sent to the TAHMO servers. Combined with data from weather satellites, forecasts and warnings will be compiled and sent to recipients who will receive the information either for free or as a paid-for premium service.

By the end of 2016, fishermen, small farmers and ordinary citizen in Uganda, Kenya, Ghana and Zambia will receive free voice notifications and text alerts about inclement weather. Meanwhile, micro-insurance companies, mobile network operators, weather networks or commodities exchanges will have to pay for the information.

“In Ghana, we are exploring the option to provide weather-and-climate-relevant information to cocoa farmers. They would pay for these services, or businesses that deal with large numbers of farmers may want to provide their customers with such a service, which would also increase return on these investments,” Nick van de Giesen explains.

Currently still reliant on grants, TAHMO is expected to be self-sufficient due to such income within the coming two years.

Mass production is set to start in two years. While only about 130 stations will be installed this year, the TAHMO project expects a rapid increase of this number in subsequent years. In July computer giant IBM declared it will supply funding to add another 300 stations in Africa. “So far we have doubled the installations each year, and expect to continue this trajectory for the coming years, with a goal of at least 10,000 installed stations by the end of 2020. Our current estimate would suggest a full cost of installation of the 20,000 stations of about $40 million, with operating costs of about $10 million per year, most of which is dedicated to replacement of stations as they wear out. We hope to get to 20,000 stations by 2025,” Selker says. If realized, there would be a TAHMO station every 35 kilometers throughout Africa. 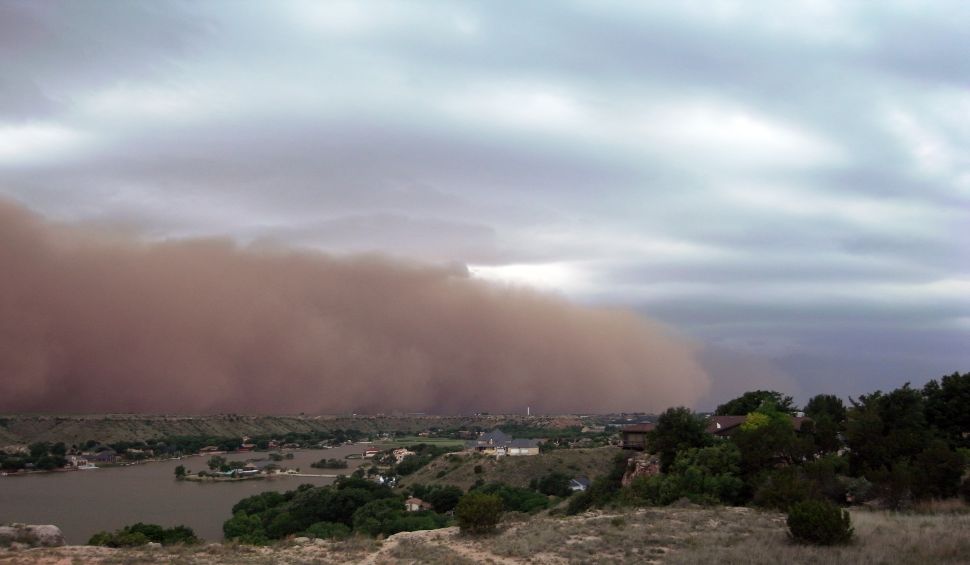