Cosmetics heir and billionaire Ronald Lauder has long been an advocate of art restitution, even while allegedly dodging proper scrutiny of his own collection, which includes many Klimts and Egon Schieles that date from 1890 to 1940. Now, he’s admitting that at least one piece—which he will not name—may need to be returned due to provenance issues. (New York Times)

Jens Hoffman, deputy director of the Jewish Museum, is stepping away to work on what sounds like a bit of an oxymoron: the Cleveland Triennial. You read that right—Front International: Cleveland Exhibition for Contemporary Art premieres in 2018. (Art News and the New York Times)

Magnus Resch, founder of the Shazam for art app named for him, says the copyright infringement claims from German entities, which convinced Apple to remove his app from their store, don’t have merit. He says an earlier infringement claim from fellow start-up (and Gagosian-backed) Artsy was valid and he has since removed any infringing images, but that otherwise everyone is ganging up on him just because no one in the art world wants transparency. Hard to argue with that. “I don’t see any gallery asking Instagram to take down images,” he points out. (The Art Newspaper)

In the latest strange twist to the bizarre Peter Doig authentication case, the Scottish artist says he has been threatened by plaintiffs that they would reveal his “secret criminal past,” which he claims does not exist. (Art Net News)

The City has decided on a consultant to take the lead on its first “comprehensive cultural plan.” Hester Street Collaborative, a non-profit, will “spearhead efforts to assess the reach and impact of the city’s existing cultural assets. The team will solicit the public’s input to develop a clear picture of the experiences, values, and priorities of New Yorkers from all walks of life,” according to a press release. You can provide HSC your input here.

New Holland Island—a mixed-use restoration project with galleries, museums and hotels in St. Petersburg that’s been in the works for 16 years—opens its public pavilions on August 27. (press release) 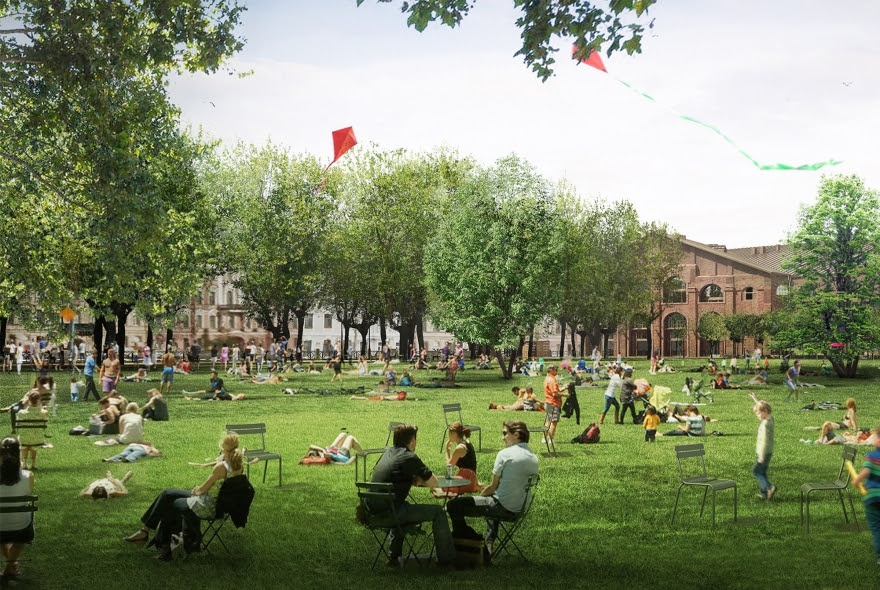