Bernie Sanders supporters have been in a state of reflection since their candidate’s presidential campaign officially ended at the Democratic National Convention. For many, there is no appealing or exciting option on par with supporting Sen. Sanders. Recent polls have varied from one-third to half of Sanders supporters withholding their support from the Democratic presidential nominee, Hillary Clinton.

A few more columns calling them stupid children who need to "Grow Up" will fix this. And a Kissinger endorsement… https://t.co/kOxZjMDBIj

Some Sanders fans are opting to continue the political revolution through Green Party presidential candidate Jill Stein. Others are likely to follow Sanders’ lead in his endorsement of Clinton and vote for her in the general election. Sanders’ reasoning (like most of those willing to back Clinton) is to essentially vote against Trump while blissfully ignoring Clinton’s troubling political record until after she wins the presidency.

Despite his Los Angeles Times Op-Ed backing Clinton to stop Trump in November, many Sanders supporters are still heeding the advice he gave at a MSNBC Presidential Town Hall with Chris Hayes in April 2016. “We are not a movement where I can snap my fingers and say to you or to anybody else what you should do, because you won’t listen to me,” he said. “You shouldn’t. You’ll make these decisions yourself.”

Sanders’ movement, although still alive, is being tested as to whether it can withstand deferment as the mainstream media and the Democratic Party move on to the general election. Policy issues have already fallen by the wayside in favor of sensationalism surrounding every outlandish comment Trump makes. Instead of Sanders’ candidacy pulling Clinton to the left, Trump’s unpopularity among the Republican Party’s establishment has given Clinton a pass to revert back to her centrist ways.

The Washington Post, L.A.Times, Politico, and other news outlets have reported on high-profile Republicans defecting to endorse Clinton for president. On the campaign trail, which has incited very little media attention in contrast to the circus surrounding Trump, Clinton has embraced endorsements from billionaires Michael Bloomberg, Mark Cuban, and Warren Buffett; passing their support off as endearing, while claiming to be the champion of the middle class. The Clinton campaign has reportedly reached out for endorsements from former Secretaries of State Henry Kissinger and Condoleezza Rice. Furthermore, Clinton’s hiring of disgraced former DNC chair Debbie Wasserman Schultz was a clear message to Sanders supporters that she doesn’t need or want them.

Instead of reaching out to the progressive spectrum of the Democratic Party, the Clinton campaign has focused on courting the Republican establishment. In order to dissuade Democrats from switching their support to Green Party candidate Stein, the Clinton campaign has claimed she is an agent of the Russian government. The progressive issues Clinton claimed that she could pass, compared to Sanders’ supposed pipe-dreams, are now non-existent in her campaign.

The only recent semblance of progressivism in Clinton’s campaign is an infrastructure plan she is touting to create jobs. Even that, however, when closely analyzed, is another political ploy to sneak in benefits for wealthy and corporate interests under the pretense of progressivism. The plan itself is a watered down version of Sanders’ infrastructure proposal. Her promise to create 200,000 jobs in upstate New York while serving as senator fell short as employment in the region decreased. Her propensity to favor corporate interests over working Americans is unlikely to produce much benefit in the form of jobs.

According to her campaign platform, Clinton’s plan includes creating an infrastructure bank, paid for by an unspecified business tax reform. In a June 2016 article, The Intercept’s Jon Schwarz speculated that the reform would be granting multinational corporations significantly reduced taxed rates on profits they receive overseas, something Sen. Chuck Schumer and House Speaker Paul Ryan have been working on.

“Congress granted corporations a tax holiday in 2004 that let them bring back their profits at a tax rate of about 5 percent, or one-seventh of what the normal tax law required,” Schwarz wrote. “Clinton, then a senator from New York, voted for it, as did Schumer.” Schwarz also noted that Clinton hinted she would fund her plan through repatriation of corporate money, creating a permanent tax holiday for multinational corporations. In essence, rewarding multinational corporations for evading taxes instead of holding them accountable as Sanders intended to try to do as president.

Sanders’ campaign hasn’t changed Clinton, nor impacted the way she would run her presidential administration. If anything, it has only strengthened her public relations apparatus’ ability to manufacture consent for her candidacy; all while under the pretense of being progressive as she courts corporate establishment figures from both political parties. 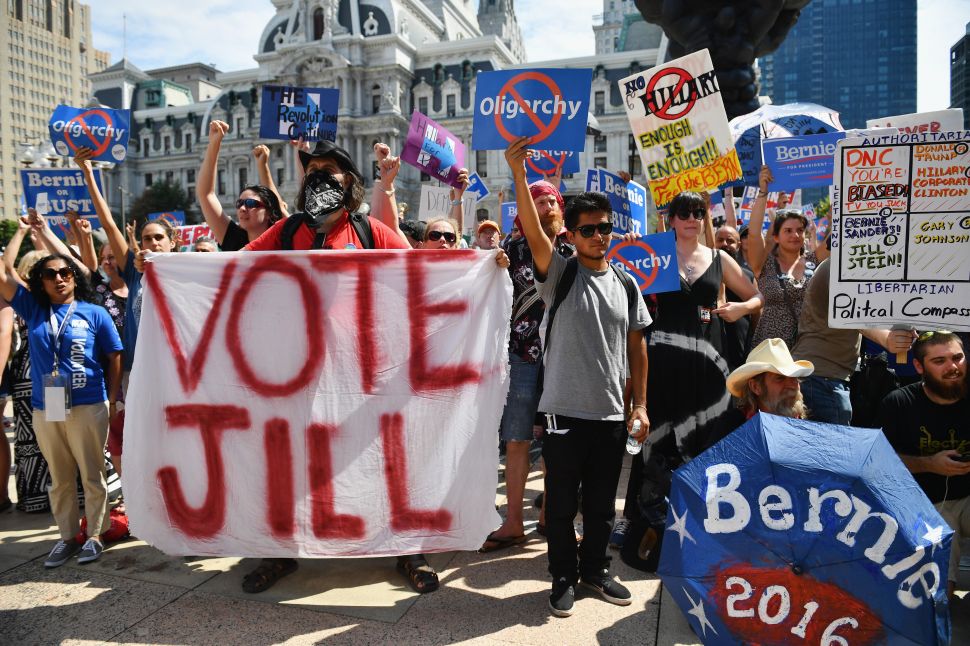