Last week Hillary Clinton accused Donald Trump of being the leader of the Alt-Right movement. But that wasn’t the only important issue she raised in her big speech. She also tied Trump to Vladimir Putin. Clinton termed Russia’s president “the grand godfather of this global brand of extreme nationalism.” Calling the boss in the Kremlin the leader of a worldwide white supremacy movement is a big deal—particularly when the charge is made by the lady who may become our next president in less than five months.

As evidence for this accusation, Hillary noted that Nigel Farage, the British politico who’s thrown his hat in with Trump, appears on Kremlin TV, and that the GOP nominee seems to harbor a serious man-crush on Putin. All this is undeniably true. Moscow’s preference for Trump over Clinton is no secret, and something the Russians no longer bother to hide.

That said, it’s a stretch to suggest Putin is the godfather of some sort of global KKK. The Kremlin boosts far-rightists in many countries, giving them clandestine cash and support—including in the United States. Russian intelligence backs nationalist right-wingers all over the place, especially in Europe, and some of these groups are plausibly placed in the Alt-Right.

It needs to be noted, though, that Putin is ideologically flexible, and Moscow backs leftists abroad, too. In Greece, for instance, the Kremlin has forged ties with both the far-left and the far-right, who share antipathy to NATO, the European Union, and the United States. In many Western countries, Moscow’s ties to leftists are a longstanding Cold War legacy.

Putin’s strategic aim is to harm NATO, the EU, and America’s ties with them. Ideology matters less than a perceived ability to hurt the West and its security structures. Hence the Kremlin’s willingness to get in bed with radicals of almost any ideology as long as they’re eager to play along with what Moscow wants.

This is not to deny that Putin’s worldview looks pretty right-wing to American liberals. The Russian leader is an unapologetic fan of traditional society, meaning old-time religion and old-school gender roles. Usually through the Russian Orthodox Church, the de facto state religion, the Kremlin is a vociferous opponent of feminism, the LGBT movement, and newfangled social arrangements. Putin is assembling a loose gathering of countries opposed to the postmodern West, what I’ve termed the “Anti-WEIRD Coalition”—WEIRD being Western, Educated, Industrialized, Rich, and Democratic (that’s us).

Making Putin out to be more powerful than he is hardly helps.

Saying this is rallying the world’s David Dukes, however, is misleading. In the first place, Russia is an ethnically and religiously diverse society, and while Putin sometimes indulges in Russian nationalism, he’s careful to never push it too far. The Kremlin has little tolerance for far-right antics in Russia, and the local equivalents of David Duke frequently wind up in jail. Russia’s own Alt-Right is no fan of their president, whom they consider a sovok—a Commie throwback.

The Putin regime’s de facto ideology is a weird amalgam of Russian traditionalism and anti-Western mania, suffused with conspiracy theories. It owes as much to the KGB, where Putin spent nearly two decades, as it does to the tsars. To get an idea of how odd this is, check out the propaganda the regime disseminates at home and abroad.

The website of Katehon, a Kremlin-approved “think tank,” is revealing. Here is Putinism’s Orthodox mysticism, Russian nationalism, and Alex Jones fantasy melded in all its bizarre glory. The name is revealing: Katehon comes from the Greek theological term for “that which resists the Antichrist.”

Its writings include the full range of conspiratorial anti-Western venom. The CIA and/or Jewish financiers are behind the world’s problems. War-mongering banksters seek to destroy Russia and Orthodoxy. Of course, the West is corrupt and racist too. For good measure, there are paeans to Malcolm X and the Islamic Republic of Iran.

This is classic Kremlin disinformation, a mix of opinion-masquerading-as-fact and outright fabrications. This crackpottery, however, has regime imprimatur. Katehon’s inner circle includes Aleksandr Dugin, a “geostrategist” and sometime occultist who’s considered a weirdo by Putin yet serves as fly-paper for Western far-rightists; significantly, his father was a GRU general.

There’s Konstantin Malofeev, a hedge-funder-turned-religious-hardliner who created Tsargrad TV, Russia’s answer to Fox News with a heavy dose of Orthodox mysticism (Tsargrad being the Slavic term for Constantinople). There’s also Sergei Glazyev, a Kremlin insider who sees anti-Russian plots everywhere and stated Ukraine is literally run by Nazis. Not to mention Leonid Reshetnikov, a KGB lifer who retired as one of the top generals in Russia’s Foreign Intelligence Service.

Perhaps not coincidentally, some of the kookiest anti-Hillary memes of the Trump campaign—that the Democratic nominee helped create the Islamic State, that she has her opponents murdered, and she’s secretly deathly ill—can all be found on Katehon’s website.

To be fair to Hillary, some of Putin’s utterances seem pretty friendly to the Western far-right, and there’s no doubt that the Kremlin will use anybody—no matter how bizarre—whom Moscow thinks can help Russia.

That said, the simpler explanation is that Putin remains untouched by postmodern Western political correctness and therefore he seems like a dinosaur to us. Communism oddly protected the Soviet Bloc from the 1960s and the vast social changes they brought. Putin, like most Russians, finds our obsessions with race, gender, and sexuality to be ridiculous. For today’s Democratic Party, which has been inundated by Social Justice Warriors bent on permanent revolution, Putin seems like the scary old straight white man of their nightmares.

In truth, Putin is no outlier in Russia. Seven years ago, Dmitri Rogozin, now Russia’s deputy prime minister, suggested it was time for white countries to band together. As he stated:

“There is a new civilization emerging in the Third World that thinks that the white, northern hemisphere has always oppressed it and must therefore fall at its feet now…If the northern civilization wants to protect itself, it must be united: America, the European Union, and Russia. If they are not together, they will be defeated one by one.”

This may have seemed extreme when Rogozin said it in 2009, but today, as Europe finds itself inundated by migrants from Africa and Asia, the notion may appear less far-fetched. Neither was Rogozin saying anything new. Even in the Soviet period, Kremlin leaders were concerned about demographic change in a manner that the Alt-Right might condone.

Back the late 1970s, Soviet leader Leonid Brezhnev flabbergasted James Callahan, the British prime minister, when he stated to the visiting Western leader, “There is only one important question facing us, and that is the question whether the white race will survive.” Having no idea how to respond, Callaghan fled the room.

To sum up, portraying Donald Trump as the domestic leader of the Alt-Right and Vladimir Putin as its global generalissimo gives too much credit to both men—and to the fuzzy ideology of the Alt-Right. Not to mention that Hillary and her party ought to critically examine their own radical fringe before castigating right-wing demons who may not exist. Relations with Russia are bad enough now. Making Putin out to be more powerful than he is hardly helps. 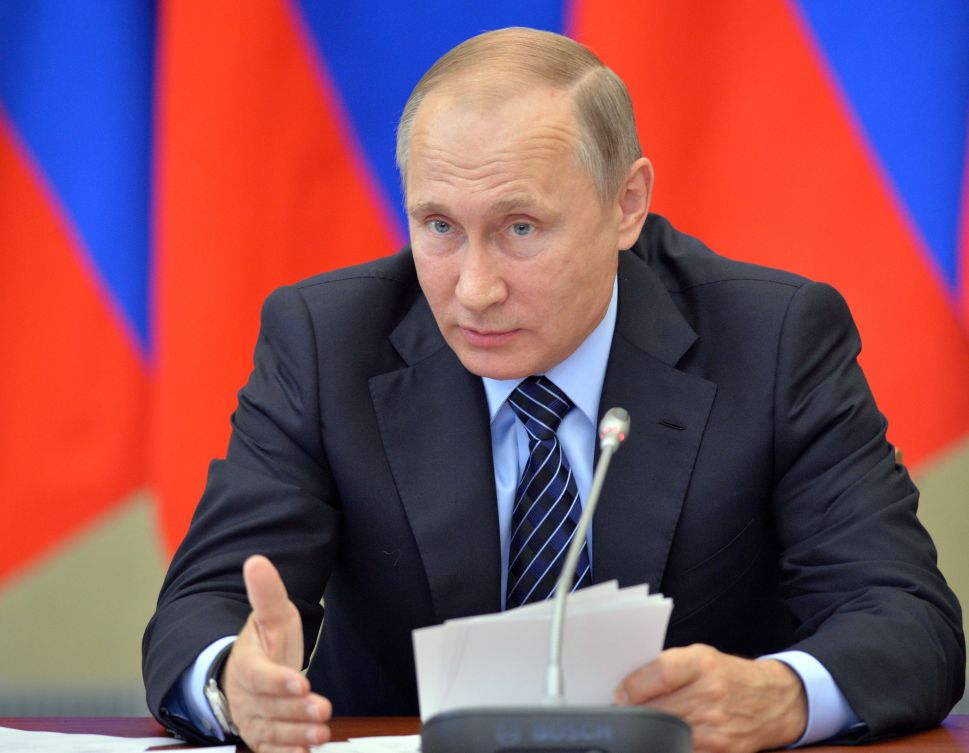