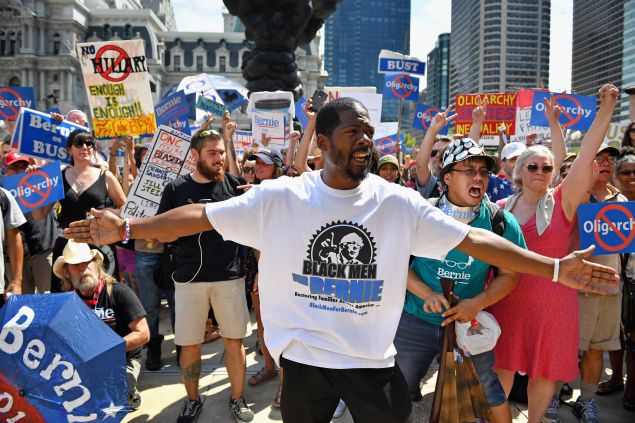 One of the greatest difficulties facing Bernie Sanders and his supporters is sustaining the political movement his candidacy incited. After being defeated amid controversy over the Democratic National Committee (DNC) rigging the primaries for Hillary Clinton, Sen. Sanders founded Our Revolution, which kicked off August 24 with a livestream event.

The non-profit, which Sanders will not be involved with while serving as an elected official, has already proven divisive with the appointment of Sanders’ presidential campaign manager, Jeff Weaver, as president of the organization.

In contradiction to the principled stance of Sanders against the current corrupt campaign finance system, which allows unlimited funds into American politics, Weaver supports financing Our Revolution through dubious contributions. In the wake of Weaver’s appointment, eight core members resigned, including the entire organizing department.

“I left and others left because we were alarmed that Jeff would mismanage this organization as he mismanaged the campaign,” said former organizing director Claire Sandberg, in an interview with The New York Times. Sandberg added that she was concerned Weaver would “betray its core purpose by accepting money from billionaires and not remaining grass-roots-funded and plowing that billionaire cash into TV instead of investing it in building a genuine movement.”

Sandberg’s concerns are emblematic of the concerns held by many Sanders supporters; that the political revolution will become tainted and undermined by pro-establishment influences—especially in the wake of Sanders’ endorsement of Clinton, which was anything but revolutionary.

It is important to note the growing pains in Our Revolution’s infancy are being covered by mainstream media outlets eager to establish scapegoats for why Sanders lost to Clinton. This is a handy way to divert attention from the overwhelming evidence that the DNC worked on behalf of Clinton’s candidacy throughout the Democratic primaries.

The people who have resigned from Our Revolution raise a difficult question: Is it possible for a revolutionary movement to occur within an anti-revolutionary political establishment? Our Revolution is not synonymous with any semblance of revolution a millionaire or billionaire would want to support. Sanders has reiterated throughout his campaign—mentioning again during the Our Revolution kick-off event—that real change starts from the bottom up. But can that change even begin to exist within the current Democratic Party?

A political party abrasive toward grassroots movements and organizing is not one in which a revolution can grow. Clinton’s claim to be a “progressive who gets things done” is just another phrase for preserving the status quo. Her presidency, in all likelihood, will embrace the controversial Trans-Pacific Partnership agreement (TPP). She has hinted that her infrastructure plan will be funded by creating a permanent tax holiday for multinational corporations. The billionaire donors she is courting on both the left and the right will insist their generosity be returned with access to Clinton’s administration.

From what we know about the Clintons, this is their modus operandi. As The Intercept’s Glenn Greenwald pointed out in a recent article disputing the claims from Clinton loyalists that Clinton Foundation donations—like those from dictatorships in Saudi Arabia and Qatar—are nothing to be concerned about:

“Theoretically, one could say that these regimes—among the most repressive and regressive in the world—are donating because they deeply believe in the charitable work of the Clinton Foundation and want to help those in need. Is there a single person on the planet who actually believes this? Is Clinton loyalty really so strong that people are going to argue with a straight face that the reason the Saudi, Qatari, Kuwaiti and Emirates regimes donated large amounts of money to the Clinton Foundation is because those regimes simply want to help the Foundation achieve its magnanimous goals?”

The rebuttals pushed in response to recent revelations exposing still more pay-to-play between the Clinton Foundation and the State Department under Hillary demonstrate the opposition the Clintons and their supporters have toward meaningful reforms and progressive change. In maintaining unabated impunity for the Clintons, it gives them no reason to change the corruption and elitism their politics represent.

Neither the Clintons nor the Democratic establishment want a revolution—and no millionaires or billionaires are interested in supporting one… at least not when there is a presidential candidate willing to provide access and political favors, and to champion their interests above everyone else’s. 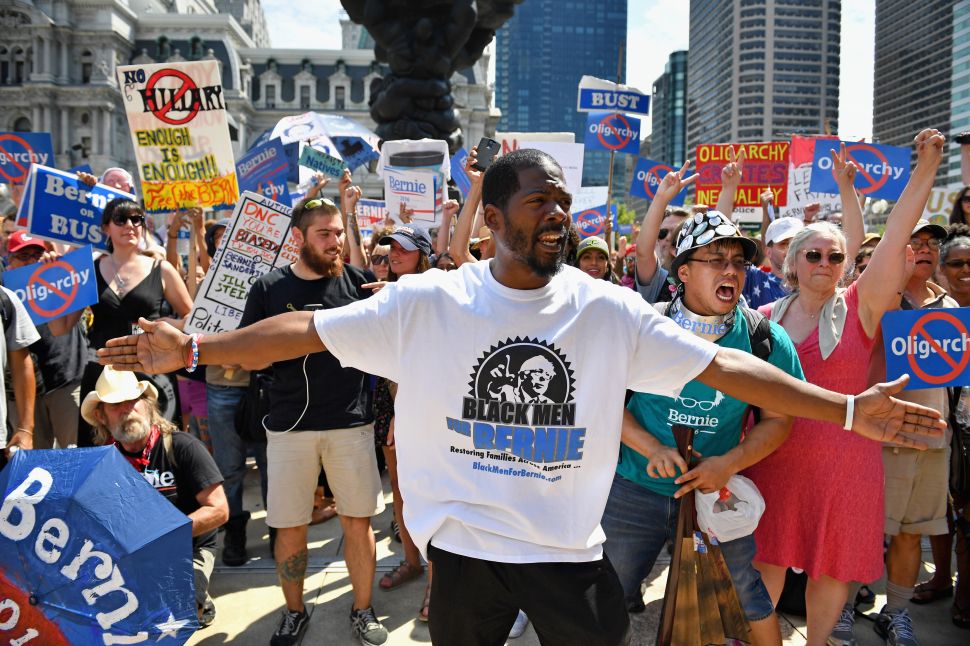