The 2016 presidential election has completed the devolution of American democracy into an oligarchy. Hillary Clinton and Donald Trump are historically the wealthiest presidential candidates to run against each other in a general election. While one courts the status quo of the establishment elite, the other embodies its vanity and greed. Instead of serious debates over which policies will help the people of the United States, the election is a battle over who is more corrupt, inept and scandal–ridden.

Both candidates have focused their fundraising efforts on wealthy donors as opposed to appealing to Americans who provide small contributions. Mainstream media outlets and the Clinton campaign tout endorsements from billionaires like Warren Buffett, Mark Cuban and Michael Bloomberg.

A sign of Clinton’s lead in the race has been her successful courtship of Republican establishment donors. In addition to big-money Democrats, Clinton has solicited former donors to Jeb Bush and Mitt Romney, setting a fundraising goal of $1 billion that she is on pace to break.

Clinton is winning the money race, and it is covered as though it were an endearing quality of her candidacy—not a troubling invitation for corruption and the expansion of wealthy influence in government. The lavish fundraiser galas she has held with Hollywood celebrities serve as image boosters for her campaign, while diminishing the inherent power every American has in their right to vote.

Large donations are becoming increasingly more powerful and influential in elections than voting. The celebrities and attendees to these fundraisers—some costing $33,400 a ticket—applaud their own participation while shutting out those who can’t afford to attend. Clinton isn’t a celebrity, nor is she running for election to be the representative of celebrities or wealthy elites; she is supposed to be running to become the top public servant in the country.

While Trump is floundering in the financial race against Clinton, he is still making money off of his presidential campaign. He allegedly used $55,000 in campaign funds to buy his own book. (Although Clinton has never done this, her State Department spent $70,000 on President Obama’s book for diplomats to stock libraries and give as Christmas gifts around the world.)

Trump also spent millions of dollars in campaign funds on his family members and companies. Though Trump has self-funded much of his campaign amid rumors he is deep in debt, win or lose, the presidential campaign will ultimately render him a profit.

“There are no limits to what a candidate can give to his or her own race, as long as it’s his or her own money,” notes the non-profit Open Secrets. “Once in office, however, most candidates never have to spend another dime of their personal fortune. In fact, many who’ve loaned money to their first campaign pay themselves back with contributions collected after they’ve won office.”

Upon securing the Republican presidential nomination, Trump went from disavowing money from SuperPACS and big money donors to embracing them. Though he hasn’t been able to do so at the same levels of Clinton, Trump carries his own conflicts of interest and dubious ties with his candidacy. Regardless of whether Trump loses—which looks increasingly likely—he will still be able to profit off of his presidential run as he has spent much of his career transforming the publicity he garners for himself into profit.

Clinton and Trump are each representatives of the oligarchy—they merely reflect different dimensions of it. While Trump maintains holdings and investments in various corporations and banks around the world, both Clintons have developed strong ties with multinational corporations and oppressive dictatorships around the world through the Clinton Foundation and the lucrative speech circuit. Both Trump and the Clintons benefit from similar shell company tax shelters in Delaware. As Trump refuses to release his tax returns, Hillary Clinton refuses to release her transcripts from speeches she gave to Wall Street firms.

The 2016 presidential election is less a democratic exercise than a triumph of oligarchy in American politics. Income inequality is increasing at staggering levels, with over 75 percent of the wealth in the United States controlled by the top 10 percent of American families. The presidential elections are funded by a handful of these wealthy families, who will undoubtedly be rewarded by their preferred candidate with unfettered access, subsidies, tax breaks, and deregulation. 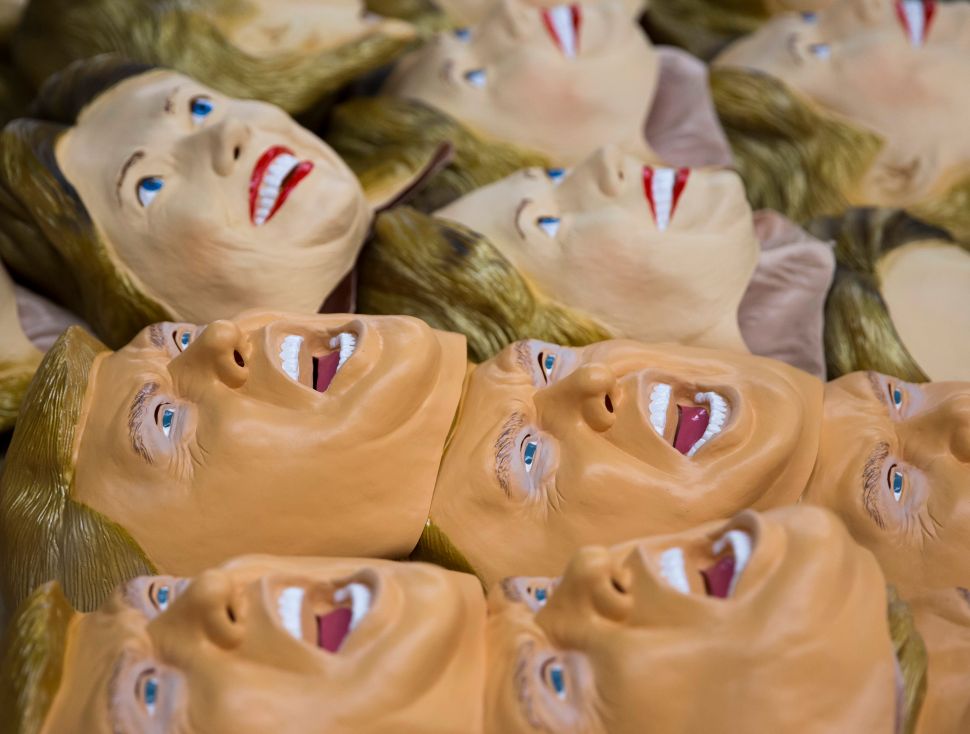