After the FBI ended their investigation, the State Department reopened their own review of former Secretary of State Hillary Clinton’s private email server. Though the media has acted as if she’s free and clear, Clinton and her aides could potentially still face some penalties, including revocation of their security clearances.

The FBI found thousands of deleted work emails from Clinton’s private server, but the State Department has not yet released a schedule of when those emails will be made public. Federal judges will determine the date, which could potentially extend beyond election day in November. The various Freedom of Information Act (FOIA) requests and lawsuits into Clinton’s private server could give the State Department cause to further delay reviewing and releasing the emails to the public.

“Should the State Department prevail in that argument or otherwise obtain delays beyond Election Day in Plaintiff’s and in other similar cases, it would leave Plaintiff and the public without information guaranteed to them under the FOIA,” argued Jason Leopold in a recent court filing. An investigative journalist with Vice News who filed an FOIA lawsuit against the State Department in January 2015, Leopold’s action lead to the State Department release of 30,000 of Clinton’s emails, but they held back 22 of them because they contain classified information.

“The seven email chains, the State Department said, would cause ‘exceptionally grave damage’ to national security if publicly released,” wrote Leopold in a recent article. The State Department outlined their reasoning for withholding the emails in a document called Vaughn Index, which is standard whenever a government agency withholds information from Freedom of Information Act requests.

“The State Department did not provide detailed information in the index it turned over to VICE News because it considers the topics discussed to be top secret as well. State wouldn’t even say what month the top secret emails were sent and received because that too is top secret.” Leopold cited recent speculation as to what is contained in the classified emails, which have included information on covert CIA drone strikes in Pakistan, or the identification of undercover CIA operatives.

The State Department’s decision to withhold the classified emails weakens the Clinton campaign’s defense that the use of emails on a private server is only controversial as a result of over-classification or retroactive classification. In FBI Director James Comey’s statement on the investigation into Clinton’s server, he did not recommend an indictment, but did note that Clinton sent and received information that was classified at the time. He called her actions “extremely careless.”

On August 9, the State Department turned over 44 previously unreleased Clinton emails to the conservative legal group Judicial Watch, which had also filed a FOIA lawsuit against the State Department. According to the Associated Press, the emails “show her interacting with lobbyists, political and Clinton Foundation donors and business interests as secretary of state.”

In one exchange, a Clinton Foundation executive sought to connect a billionaire donor with the U.S. Ambassador to Lebanon because the donor had interests in the country. Another message shows the foundation soliciting Clinton aides to help an associate find a job. The emails raise further questions as to how Clinton Foundation donations translated into access to Hillary Clinton’s State Department.

They also appear to contradict Clinton’s repeated claims that the interests of the Clinton Foundation and State Department remained independent of one another. In May 2015, International Business Times correlated money from foreign governments to the Clinton Foundation and significant increases in weapons deals cleared by Clinton’s State Department. Clinton Foundation donor Rajiv Fernando was exposed for receiving an appointment to a sensitive intelligence board by Hillary Clinton, despite Fernando having no background or qualifications for the position. Fernando resigned immediately after ABC News uncovered the quid pro quo. The foundation has been linked to numerous conflicts of interest over the years.

Despite the scandals and ethical violations involving each one, the Clinton campaign and the Democratic Party have employed extensive damage control to inoculate their candidate from any actual political repercussions. President Obama, former DNC chair Debbie Wasserman Schultz and other Democratic Party members helped make the FBI investigation into Clinton’s private emails server a non-issue for the duration of the Democratic primaries, and dismissed FBI Director James Comey’s findings as part of a Republican smear campaign against Clinton. The recent email releases and the pending litigation surrounding the release of the remaining ones prove Clinton’s email woes are far from over. But as her Republican opponent Donald Trump continues in a downward trajectory in the polls, and repeated delays in releasing the rest of the emails seems inevitable, none of this may affect Clinton’s chance of becoming president at all. 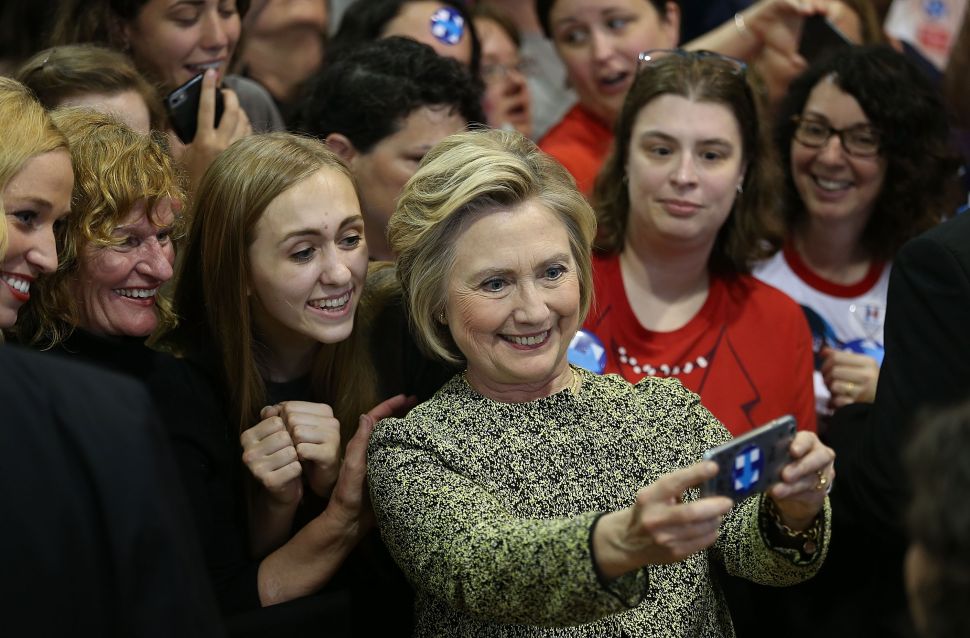