“It offers a visual representation of what it would look like if the gun lobby really got what it wanted,” Jin said, “which is the complete normalization of gun culture.”

While Jin was mostly just trying to make a joke about an unfortunate policy move in the state where she attended college, it took a dark turn. She was surprised by the level of anger she was met with as her campaign took off. Again and again, she said, male gun rights advocates appeared to feel threatened by women publicly expressing disagreement about their right to carry weapons onto campus.    One line she heard frequently she said, went like this, “If we were carrying a dildo around campus, we’d be inviting rape.” And that would inevitably lead to the assertion that “when someone does try to rape you, you’ll wish you had a gun.”

She believes that her political opponents have been trying to make their case by making people afraid and to define for women and non-gender binary people what it means to live in a safe environment. She found it especially unsettling that men could think, “we might not have lived our lives in this very real fear that women feel all the time, but we have a solution for you,” as Jin put it.

“This is a really, really thoughtless joke,” she said, “yet it has drummed up this surface level misogyny and racism that we didn’t realize was buried so shallowly.”

Spokesperson for Students for Concealed Carry, Zachary Zalneraitis, wrote the Observer in an email that his group supports everyone’s right to express their opinion, adding, “Furthermore, this demonstration serves as an example of how lawful concealed carry on campus does not pose a threat to the free exchange of ideas on college campuses.”

UPDATE: A previous version of this post made it sound as if Jin were still in school. She was already an alum when she announced the campaign. 8/15/16 5:57 PM. 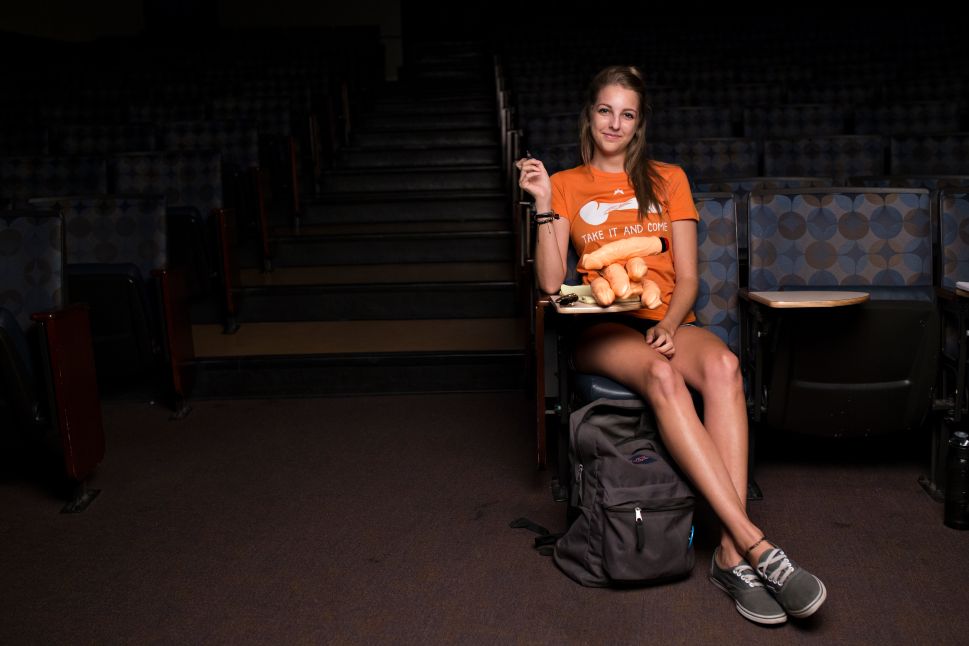