Comedy Central has cancelled The Nightly Show with Larry Wilmore, according the network’s president Kent Alterman, who said in a statement the series simply “hasn’t resonated.”

“Even though we’ve given it a year and a half,” Alterman said, “we’ve been hoping against hope that it would start to click with our audience, but it hasn’t happened and we’ve haven’t seen evidence of it happening.”

Which is awkward for, well, several reasons. For one, it was (sort of) already confirmed by Wilmore himself that The Nightly Show had been picked up for a second season, and at least would be covering the 2016 presidential election. And then there’s the nature of that election itself which, if you haven’t heard, has thus far been batfuck insane and ripe for the late-night picking. Especially from a series like The Nightly Show, which, possibly more than any other after-hours talk show, provided a microphone for people of color and women.

And then, there’s The Daily Show, a series that has seen a 37 percent decline in ratings since the departure of Jon Stewart. Trevor Noah, Stewart’s replacement and the walking personification of the phrase “just okay”, has failed from the beginning to find a voice, a hook or even a niche to grab on to. The June departure of The Daily Show‘s strongest figure, Jessica Williams, does not help matters.

Sure, The Nightly Show is far less of an institution than The Daily Show (and even The Colbert Report, which Nightly replaced in the 11:30 timeslot). But “hasn’t resonated” as sole reasoning is flimsy, at best. As for Wilmore himself, the 54-year-old host signs off the same way he did every Nightly Show.

“I’m really grateful to Comedy Central, Jon Stewart, and our fans to have had this opportunity,” he said in the same statement. “But I’m also saddened and surprised we won’t be covering this crazy election or ‘The Unblackening’ as we’ve coined it. And keeping it 100, I guess I hadn’t counted on ‘The Unblackening’ happening to my time slot as well.” 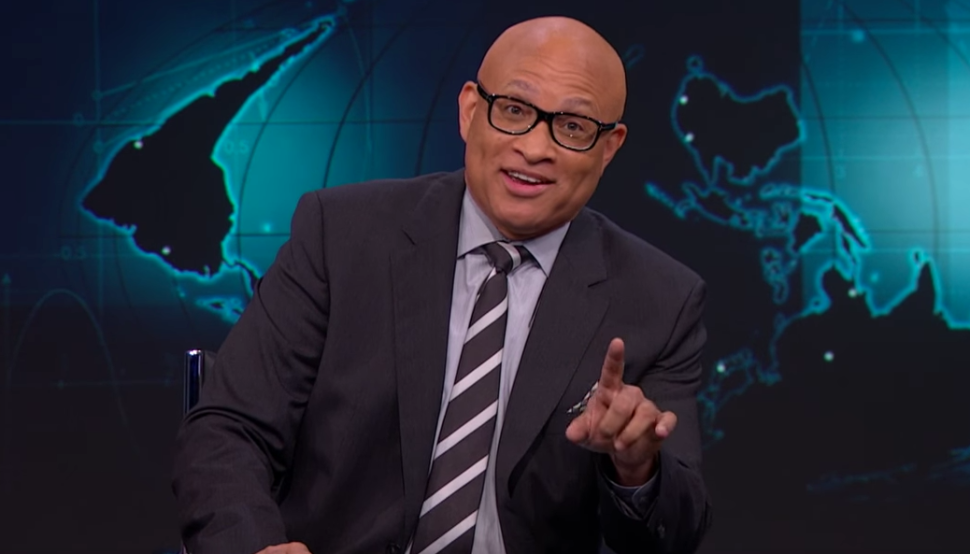