One of Hillary Clinton’s biggest donors, billionaire George Soros, has been exposed in a massive hack for manipulating elections in Europe via his non-government organizations. DC Leaks revealed more than 2,500 files from Soros’ groups, most notably the Open Society Foundations. The leaks are especially concerning for Americans given Soros’ close relationship to former Secretary of State Clinton.

So far this election cycle, the billionaire investor has donated over $25 million to Clinton and other Democratic Party members, with more expected before November. Soros has also funded Media Matters, founded by David Brock, who operates on behalf of Clinton in several dubious capacities—like running the Correct the Record SuperPAC, which hires Internet trolls to spread pro-Clinton ideologies on the Internet.

Soros has been a major donor to the think tank Center for American Progress, founded by Clinton’s campaign manager, John Podesta. The organization also runs the pro-Clinton media outlet ThinkProgress.com.

The troubling ties between Soros and Clinton extend to her tenure as secretary of state. An email released by Wikileaks revealed that, in 2011, Soros instructed Clinton to intervene in Albanian politics—advice she acted upon. Soros directly benefited from Clinton pushing for the 2011 Panama Free Trade Agreement, as several of Soros’ holdings were implicated in the recent scandal there. That deal opened up the country for billionaires and millionaires to exploit as a tax haven, which was exposed in the Panama Papers leak earlier this year.

Soros developed an ominous reputation as a greedy billionaire in the early 1990s, when he single-handedly caused an economic crisis in England by betting against the British Pound. The investment, dubbed “Black Wednesday,” made Soros over a billion dollars at the expense of Britain’s economy. In 1998, Malaysia’s prime minister attacked Soros for inciting negative influences on the country’s economy through currency speculation.

Clinton’s running mate, Sen. Tim Kaine, reportedly had a private dinner with Soros’ son Alexander recently, who has also been known to have unfettered access to high-profile Democrats.

In their coronation of Clinton, the Democratic Party maintained that the massive amounts of money being pumped into their candidate’s campaign wouldn’t affect her at all. The connection between Clinton, who has embraced SuperPACs and large donations from wealthy and corporate donors, and the influence these donations have provided them in the State Department are well documented.

If elected president, Clinton will continue exchanging favors and access to her big-ticket donors, as she courts their interests over those of everyday Americans. Soros’ access to Clinton and the Democratic Party leadership is well documented, as are his interests and concerns receiving special consideration. Democracy has devolved into a system that works only for millionaires and billionaires with the money and desire to assert their own voices in government with big campaign contributions, simultaneously silencing the voice of every American voter. 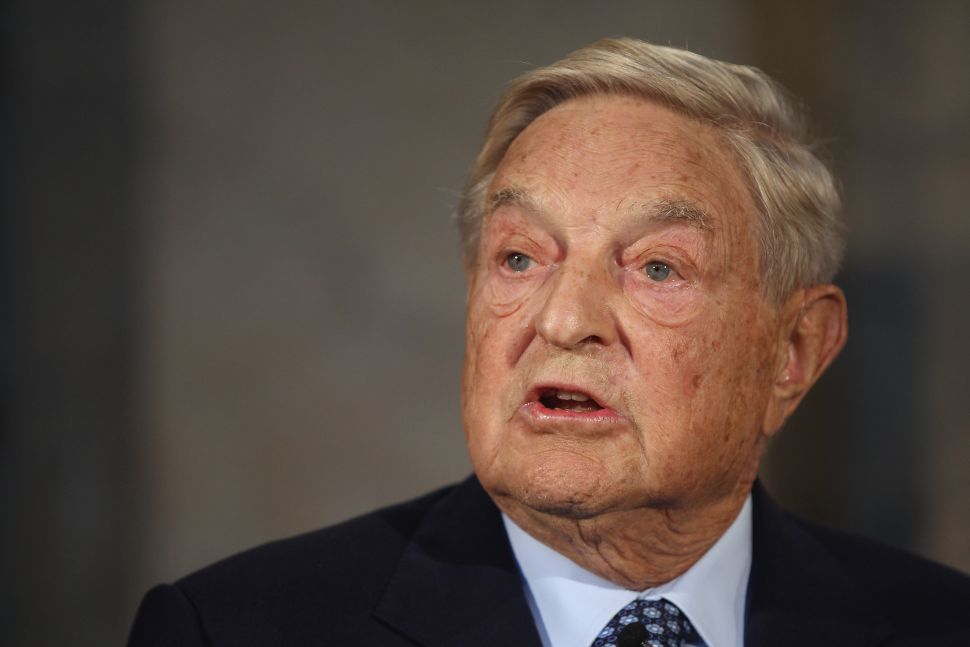