South Carolina Congressman James Clyburn today defended Hillary Clinton’s 1996 use of the phrase “super-predator” to describe inner-city youth caught up in crime—and argued that the term is still accurate today.

Speaking on a Clinton campaign call with reporters, the African-American politician and third-ranking Democrat in the House of Representatives pushed back on attacks against his party’s nominee for her deployment of the then-popular phrase 20 years ago. At the time Clinton was speaking in New Hampshire about the triumph of her husband’s signature crime bill, the 1994 Violent Crime Control and Law Enforcement Act, which Clyburn voted in favor of—but which many activists now blame for increasing incarceration of blacks and other minorities.

“I do not hold it against her for the term she used, the ‘super-predator’ term,” Clyburn, who represents Charleston, told the press. “She was not talking about every African-American, or talking in general. She was talking about a specific issue.”

Donald Trump and Republican National Committee Chairman Reince Priebus became the latest figures to assail the former first lady for her remarks, even though the 1994 bill passed with overwhelming GOP support. Left-wing activists, Black Lives Matter demonstrators and even supporters of Vermont Sen. Bernie Sanders—who also voted in favor of the Clinton crime bill—have attacked Clinton for the comments, which some viewed as freighted with negative racial connotations.

“They are not just gangs of kids anymore. They are often the kinds of kids that are called ‘super-predators’—no conscience, no empathy,” Clinton said in the 1996 speech. “We can talk about why they ended up that way, but first, we have to bring them to heel.”

Clinton expressed remorse for the remarks when Black Lives Matter activists confronted her on the campaign trail about them. But Clyburn argued today that the term correctly refers to a select group of violent repeat criminals.

For proof, he pointed to the two young gang members charged with killing basketball star Dwyane Wade’s cousin in Chicago in a shooting this past weekend.

“Those are super-predators, there is no doubt about that,” the congressman said, before alluding to the man wanted for killing his daughter’s grandfather in North Carolina. “He is a super predator, no question about it.”

Clyburn insisted Clinton had “sufficiently explained” that she had not tried to tar all minorities with the term.

“It applies to those few that it is applied to,” he said. “For these surrogates to keep trying to say that she applied that term to every African-American is really beyond the pale.” 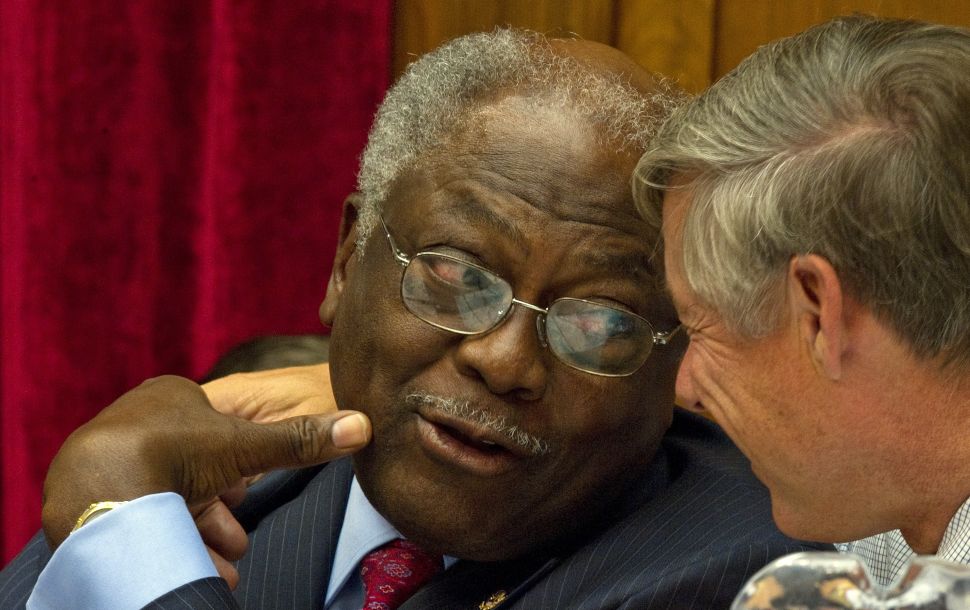