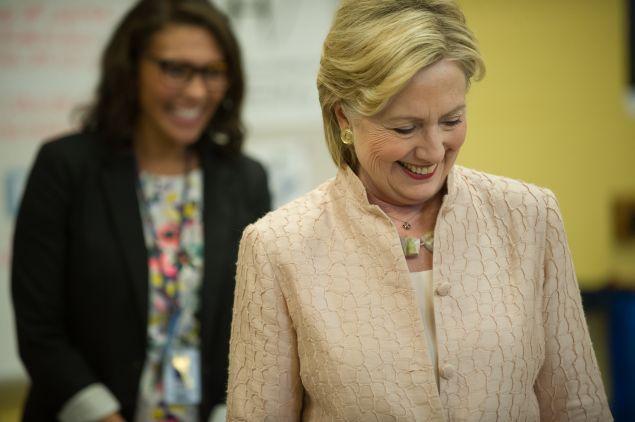 Since the turn of the 21st century, the party that has won the presidential race in any state, decided by less than seven percentage points, has also won the Senate races in those states 70 percent of the time (14 of 20). In the last two presidential elections, that number has increased to 81.8 percent (7 of 9). These results have often been ascribed to the growing political polarization and a tendency for voters to split their tickets less than they did in the past.

This year, however, could involve a phenomenon that we have not seen for many years: a considerable number of Republicans who might not vote for their party’s presidential nominee, but who will still vote GOP downballot. A number of recent news articles, including one published August 12 in Politico, show that many Republican movers and shakers are already accepting Donald Trump’s defeat as an inevitability.

With Trump taking on astonishing amounts of water, a number of Republicans appear to be manning the lifeboats. There is much reporting that leading Republicans are considering bailing on Trump and simply encouraging Republican voters to come out, and vote for GOP candidates downballot, rather than staying home—even if they choose to vote for Hillary Clinton, a third-party candidate, or nobody at all for president.

It might be working. In a number of key swing states, Republican Senate candidates are outpolling the top of the ticket, and some by significant margins. Notably, in Ohio, incumbent Republican Sen. Rob Portman is clearly opening up a lead over former Democratic Governor Ted Strickland, whose anemic fundraising and penchant for verbal gaffes has been setting off alarm bells in the blue team’s camp for months. A recent Quinnipiac poll showed Portman with a nine-point lead, despite the fact that Clinton leads Trump narrowly in Ohio polling averages.

And in Florida, where Clinton also holds a small but consistent lead on average, incumbent Republican Sen. Marco Rubio continues to cling to a small lead over Democrat Patrick Murphy. However, it is important to note that Murphy has not yet won his primary over his fellow Democratic Congressman, Alan Grayson. Democratic strategists with religious tendencies are praying that Murphy prevails in the August 30 intramural contest against the troubled Grayson, who has been dogged by allegations of domestic violence and ethical slipperiness.

Several other key states where Clinton has established leads show Republican Senators outperforming Trump in those states, including New Hampshire, North Carolina and Pennsylvania, to name a few notable examples.

So at this moment, the only states where Democrats appear to be clear favorites to flip Republican-held Senate seats are Illinois and Wisconsin. A smattering of polling in heavily Democratic Illinois shows incumbent GOP Sen. Mark Kirk trailing Democrat Tammy Duckworth by anywhere from 3 to 15 points, though it is worth noting that the three-point spread was found by a Republican pollster. In Wisconsin, all recent polling has shown former Democratic Sen. Russ Feingold leading his comeback bid against incumbent Republican Sen. Ron Johnson by double digits.

One could also make a case for former Democratic Sen. Evan Bayh as a favorite in Indiana, where he has a massive financial war chest, his name is golden, and he has never lost a statewide race since winning the secretary of state’s office in 1986. Bayh is making a comeback bid in an open-seat race after retiring from the Senate following the 2010 election. Bayh, also previously a two-term governor, jumped into the race after Democratic nominee Baron Hill, who appeared headed for certain defeat, dropped out. But Indiana has swung hard right over the last eight years and Bayh faces a capable Republican opponent in up-and-coming Congressman Todd Young. While an early Democratic poll gave Bayh a massive lead, it is all but certain that this red state race will tighten. The only question is: how much?

But most of the other states where Democrats hope to pick up Senate seats—and a Senate majority—appear to be very closely contested at the Senate level, even if Clinton is pulling away at the presidential level.

Of course, it is important to note that it is still only August, and some of these Senate races may move more in the Democratic direction once we pass the traditional Labor Day kickoff point and voters begin to focus on the election. But at the moment, it is beginning to look like the downballot patterns of the last three elections may not be holding in 2016, as many Democratic Senate candidates are currently running well behind their presidential standard-bearer. Democrats running for the U.S. Senate in key battleground states would do well to proceed as if they are just as much on their own as their Republican opponents appear to be. 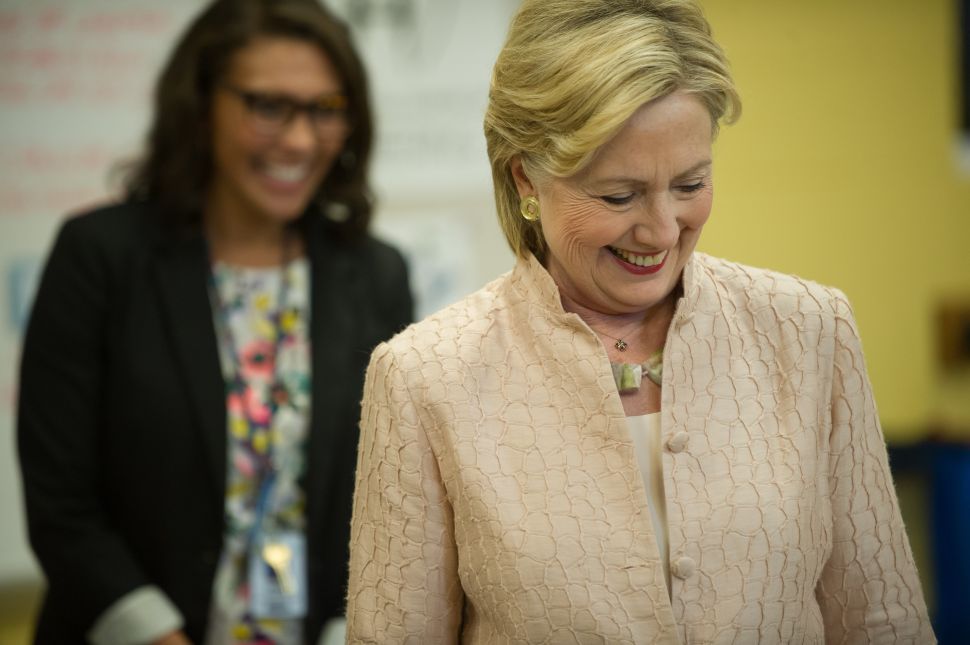