Former Democratic National Committee (DNC) Chair Debbie Wasserman Schultz faced calls to resign as early as September 2015, due to her divisive leadership during the Democratic presidential primaries. Congresswoman Wasserman Schultz, who served as co-chair to Hillary Clinton’s 2008 presidential campaign, was blatantly tipping the scales for Clinton throughout the campaign season.

A rigged debate schedule, defending Clinton in the face of an FBI investigation, shutting off voter database access to the Sanders campaign, and ridiculing young women who were disproportionately supporting Sen. Bernie Sanders are just a few examples of overt favoritism for Clinton exercised by Wasserman Schultz before the primaries even began.

Sanders pushed for Wasserman Schultz’s resignation before the Democratic National Convention, with Clinton refusing to entertain finding a replacement. After the WikiLeaks release, Wasserman Schultz finally resigned—though she continued to deny any wrongdoing on her part. As a reward for her loyalty, Clinton immediately hired Wasserman Schultz to work on her campaign.

In spite of the backing of many Sanders supporters, activist attorney Tim Canova faced an uphill battle from the start in his fight for Wasserman Schultz’s congressional seat. Canova was Wasserman Schultz’s first Democratic primary challenger since entering Congress in 2004. Clinton easily won Florida’s 23rd district against Sanders, and as former Obama Democratic strategist Steve Schale told Politico in a recent interview, “If there actually is a district in Florida that wouldn’t really care if the DNC rigged [the Democratic presidential primary], it would be there.”

Canova also was disadvantaged financially. Like Sanders, he disavowed donations from SuperPACs and corporations. Instead, Canova was able to finance his campaign through grassroots support from Sanders supporters all over the country—while Wasserman Schultz collected money from SuperPACs and wealthy donors. Ultimately, Wasserman Schultz defeated Canova with the same dirty politics she employed while serving as DNC chair. She won with 56.8 percent of the vote—6,775 more people.

As a means of political expediency, Wasserman Schultz flip-flopped on a number of issues which were rendering negative publicity for her reelection. After years of supporting and receiving donations from the payday loan industry,Wasserman Schultz rescinded her opposition to Consumer Financial Protection Bureau guidelines which would rein in payday loan lenders.

Wasserman Schultz voted to fast-track the Trans-Pacific Partnership agreement (TPP), yet refused to take a position on that divisive issue as well. She also noted, in the only debate she had with Canova, that she would be open to fracking in Florida, “as long as we have significant regulations.” The stance is very concerning to environmentalists. Florida sits on an aquifer, and porous limestone is a common geological feature throughout the state, which would amplify any environmental implications of fracking.

Leading up to the primaries, Canova’s campaign received reports of voters being called and told to not bother voting. The WikiLeaks release also revealed emails demonstrating Wasserman Schultz used DNC resources to help her reelection campaign. In early August, Canova filed a complaint with the Federal Elections Commission. Wasserman Schultz also benefitted from a SuperPAC reportedly spending $180,000 to launch attack ads on Canova.

Wasserman Schultz’s victory against Canova is not only a demoralizing defeat for Sanders supporters, but another step backwards for restoring democracy in America. Wasserman Schultz embodies all that is wrong with the current state of politics. The interests of her constituency invariably falls by the wayside in favor of the Democratic Party leadership’s will, and the wealthy, corporate influences that fund them. 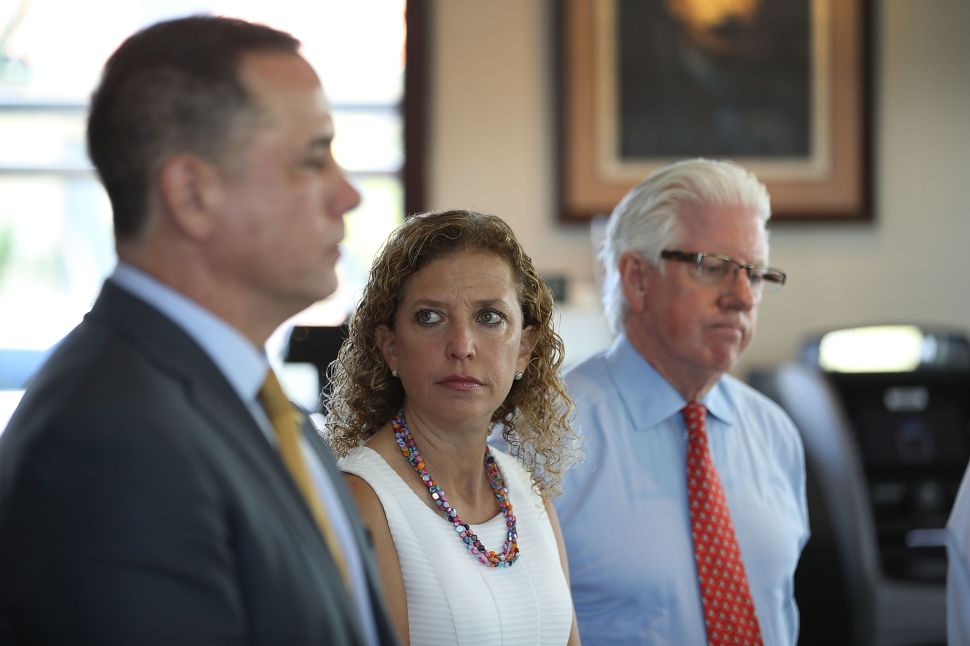