After the fallout from the WikiLeaks release of nearly 20,000 Democratic National Committee (DNC) emails, both the party and Hillary Clinton‘s campaign went into damage control mode. Four DNC staffers, including chair Debbie Wasserman Schultz, resigned—yet the Party itself has refused to meaningfully address the content of the leaks. Sen. Elizabeth Warren called the release an “embarrassment,” and while DNC issued a formal apology, most Democrats blame Russia.

Clinton campaign manager Robby Mook claimed the emails were leaked by the Kremlin to help Donald Trump, and Clinton herself later repeated the claim. Mainstream media outlets also parroted the line, as overt Clinton supporters and pro-Clinton journalists embarked on smear campaigns to portray Trump, WikiLeaks’ Julian Assange, Green Party candidate Jill Stein, and all of The Intercept as stooges for Putin.

In a recent Op-Ed, Jeffrey Sachs, director of the Earth Institute at Columbia University, noted this perception of Russia as an “implacable foe” is a self-fulfilling prophecy, reminiscent of the Cold War era. It’s also part of a foreign policy based on imperialism that has failed miserably for the U.S., as the political vacuums caused by recent intervention in Syria, Iraq, and Libya show. Yet, in anticipation of more damaging releases from WikiLeaks, the Democratic Party establishment is readying itself with more cries of Russian interference.

“Democratic leaders are putting out a warning that could help inoculate Hillary Clinton against an October cyber surprise: Any future mass leaks of embarrassing party emails might contain fake information inserted by Russian hackers,” reported Politico, based on a conference call between Rep. Nancy Pelosi and other Democratic Party leaders on how to strategize against future leaks.

The Democratic Party knows it’s been hacked—and how damaging that information can be. Their only defense now is to provide the public with some sort of plausible deniability to weather the negative publicity the release will create. Future leaks will likely be worse than the first DNC emails provided by WikiLeaks and, depending on the date of the release, the Democratic Party may not have much time to react before the general election.

Clinton’s campaign manager, John Podesta, founded a lobbying firm, the Podesta Group, with his brother Tony that registered earlier this year as a lobbyist for Russia’s largest bank, Sberbank. The same firm lobbied the State Department on behalf of the uranium company Uranium One, while Clinton served as secretary of state. During Clinton’s tenure, Uranium One gradually transitioned to Russian control while the company’s chairman donated over $2 million to the Clinton Foundation. Rather than genuinely being concerned about Russian influence, the Clinton campaign and the Democratic Party establishment are utilizing anti-Russian politics to manufacture support for their candidate.

Hyping an exaggerated Russian threat may succeed in inoculating Clinton from damage caused by any more WikiLeaks releases, but doing so poses a real, tangible threat to U.S.-Russia relations—to the point where they might revert back to the Cold War era.

“By announcing the return of great-power competition and preparing for a war with Russia, the United States and NATO are setting in motion forces that could, in the end, achieve precisely that outcome,” wrote Michael T. Klare in a July Nation piece. “This is not to say that Moscow is guiltless regarding the troubled environment along the eastern front, but surely Vladimir Putin has reason to claim that the NATO initiatives pose a substantially heightened threat to Russian security and so justify a corresponding Russian buildup. Any such moves will, of course, invite yet additional NATO deployments, followed by complementary Russian moves, and so on —until we’re right back in a Cold War–like situation.” Klare also notes that these buildups increase the likelihood of mistakes or miscalculations which could escalate these increasing tensions into actual military conflict or war.

The Democratic Party and the Clinton campaign are jeopardizing the safety of the United States by employing Russian fear tactics to shield Clinton from criticism. In doing so, they are also building a foundation for Clinton to gain consent from the public to start a conflict with Russia—not unlike the way the Iraq War began, based on falsified information and thoughtless cheerleading in the mainstream media. 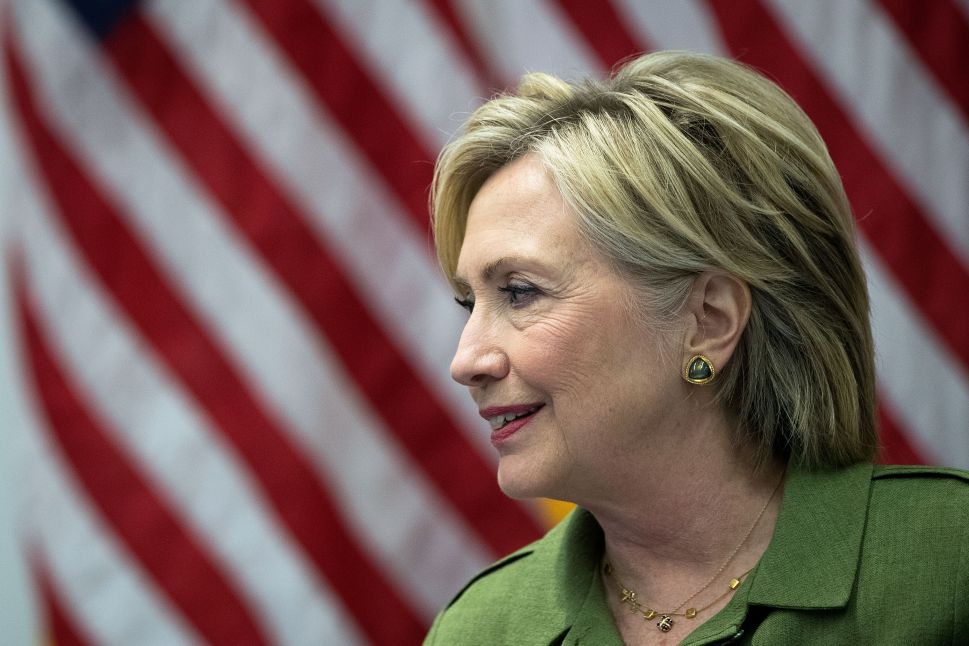