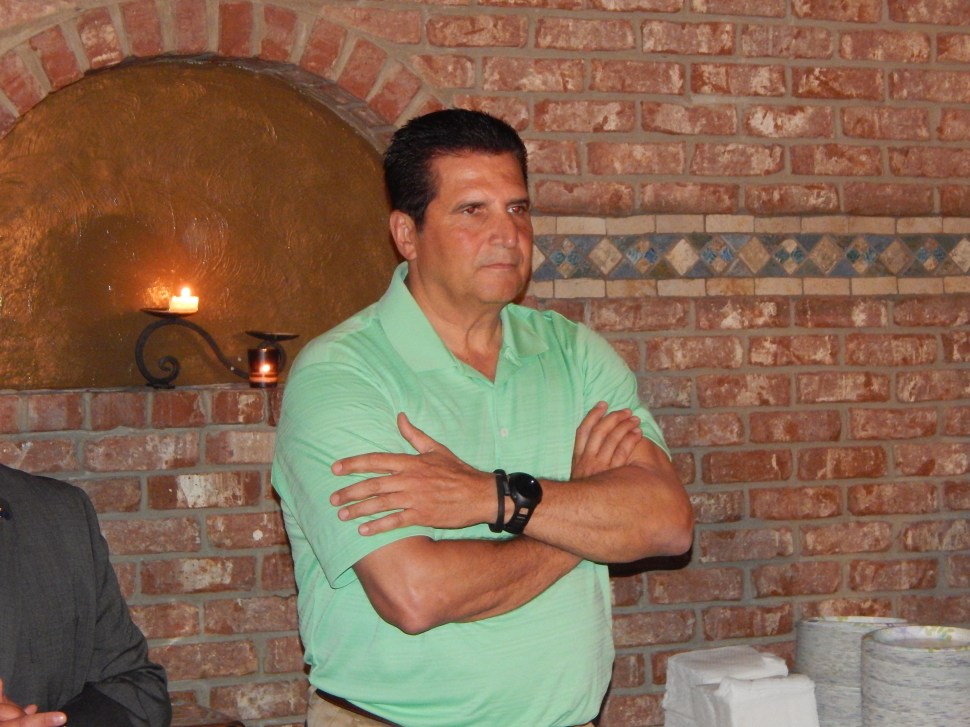 “The NJEA [New Jersey Education Association] stepped over the line, and it’s not good,” said DiVincenzo, referring to what Sweeney cited as public sector union threats to lawmakers of withheld campaign contributions unless the senate puts pension payments on the fall ballot.

“I give Sweeney a lot of credit for standing up to them,” the county executive added. “I’m very proud of Sweeney, because they stepped over there and it’s the right thing to do. These legislators can’t be threatened.”

PolitickerNJ asked DiVincenzo if he thought Sweeney demonstrated strength by writing letters to the U.S. Attorney’s and Attorney General’s offices.

“Whether it’s strength or not, it’s doing the right thing, but yes, I think it shows strength.”

The senate president’s decision to target big public sector unions whose muscle could prove useful in next year’s Democratic Primary for Governor confounded some Democrats, but DiVincenzo insisted that he understands and respects his South Jersey ally’s decision.

PolitickerNJ asked DiVincenzo if he thinks Sweeney’s letters prove that he will not run for governor next year.

“No, not at all,” he said. “Steve’s running for governor. He’s trying to run government. Look, there’s a time for politics and a time for government, and right now, this is about government. He’s about doing the right thing and nobody’s going to buy him.”

DiVincenzo and Sweeney are longtime allies, their political comfort zone with each other enhanced by the uber influence of powerful South Jersey Democratic Party Leader George Norcross III. As Sweeney continues to travel the state in search of northern alliances to strengthen his South Jersey base, many see Essex as the most natural fit for him to attain a county party line on the strength of DiVincenzo’s support.