“I left a date this year by straight up telling a guy that I didn’t like him and he should go home,” *Annabelle, a 20-something who’s living abroad said. While some people have trouble escaping a date gone awry, others have a go-to way to end it, even if it could potentially end in catastrophe. During the initial meeting, one could give out the wrong number or even the rejection hotline. During the date, it’s easy to refuse a second cocktail and sip silently until it’s over. The morning after, there’s a whole slew of excuses, ranging from a work-related event to an early morning training session at the gym. But is using a go-to excuse a recipe for disaster? Or is it a reasonable way to avoid spending time with someone you just don’t like?

Getting out of bad dates is so notoriously difficult that there’s an app to escape. People have been thrown up on, instead of simply leaving, or forced to sit through hours of small talk with someone they have no chemistry with. The pressure to be liked, even by someone terrible, means that men and women find ways to disappear quietly instead. They’ll ghost, they’ll bench and they’ll say nothing at all in an effort to avoid confrontation. Does everyone need an easy, no-frill way to escape, whether by app, roommate’s phone call, or the easy enough “work in the morning?”

“I usually tell someone up front that I’m not interested in them and that I won’t hook up with them if I’m not feeling it,” Annabelle explained. “I went out with this guy last week as part of a double date/wingman situation. At the end of the night he kissed me and after a few minutes I just said, ‘Sorry, I’m not really feeling this.’ In person he said it was cool and there was no pressure. Then he sent me a message on Facebook requesting that I pay him back the drinks he had bought me.” While it is an awkward situation, is paying for a few drinks a small price to pay to leave an awful date behind? Annabelle transferred him the money.

One 20-something gentleman in the city had a regular escape. He would wake up early on Saturday mornings and tell his lady friend of the moment that he had to go into the office. Unfortunately, his roommate wasn’t in on the caper and overheard his feigned goodbye. The roommate asked why he couldn’t just work from home so the three could spend the day together. He had to pretend to leave the apartment until it was safe to return.

Chelsea, a 20-something Brooklynite, had a go-to out used on her once. “When I first moved to New York, I got drinks with a friend of a friend in an effort to meet new people. After many vodka sodas, we ended up back at his apartment. He’d mentioned that the next day he was going home to Long Island to see his family and help with Christmas decorations, but didn’t seem to be in a rush in the morning. Then suddenly, he realized he was late, said something along the lines of, ‘I’m so late and I need to shower, I’m sorry!’ and ushered me out the door,” she said.

When they saw each other again months later, thanks to said mutual friend, the topic of getting someone to leave the morning after came up. He divulged a few of his tricks. “I act like I have to go home to Long Island to see my family and I’m running really late and I act all frazzled and walk them to the door,” he revealed, clearly oblivious to his previous actions. The two met up again, and after a few drinks Chelsea confronted him. “It took him a second to figure out what I was talking about, but once he put it together he was horrified,” she explained. While he looked back at his calendar to prove he was going home, he couldn’t find anything. He texted her the next day to reassure her that the escape was real, but she can’t be quite sure.

If you do decide to develop your very own great escape, make it like Fight Club and don’t talk about it. And no matter what, make sure your roommates know about it. Or, simply be upfront. But don’t be surprised if you end up paying for your drinks.

*Some names have been changed. 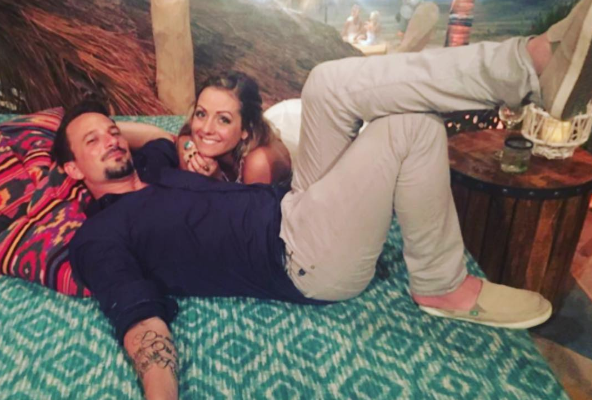