Ever since he decamped to Los Angeles almost a year ago, it’s rare that Donald Robertson makes a return to Manhattan. Although when he does, he’s greeted with much celebration. Last night, the artist and cosmetic exec, along with his boss, Estée Lauder’s Executive Group President John Dempsey, took to the stage at The Box on the Lower East Side. They were together to debut a new collaboration between the new online beauty brand, Flirt Cosmetics, and pop culture enigma, Amber Rose, slated to debut on September 15th.

Though Rose might seem like an unlikely choice for a cosmetics giant to launch a suite of products centered around an eyelash applicator, it’s her army of 12 million Instagram followers that make her attractive to both Robertson and Dempsey. “It’s hard to come up with new stuff,” Robertson joked to a crowd full of beauty veterans including former Allure editor-in-chief Linda Wells and W Magazine’s Jane Larkworthy, both of whom are obsessed of his work. “You guys are jaded people.”

While Rose was the evening’s special celebrity guest, and Demsey remains a magnate in the world of cosmetics, it was Robertson who garnered most of the room’s attention thanks to his his no-frills approach to a market of beauty snobs. “Donald Robertson is a Creative Director-at-Large for The Estée Lauder companies, but more importantly, he’s Donald Robertson,” Demsey said. “If you don’t know who he is, join the 175,000 plus high profile people who follow him on Instagram, because he is nothing more than our generation’s Andy Warhol. He’s a pop culture phenomenon and sensation.”

It turned out that Rose was included among Robertson’s high profile followers. “I was following him on Instagram, because I just love his artwork, and then he walks into my house for this cosmetics meeting and I said, ‘Wait, you’re the guy that I follow. What the fuck are you doing in my house?’” Rose recalled as the crowd laughed hysterically. “It’s true,” Robertson added. “She was like, ‘I just moved into this house, can you paint my kids bedroom?’” 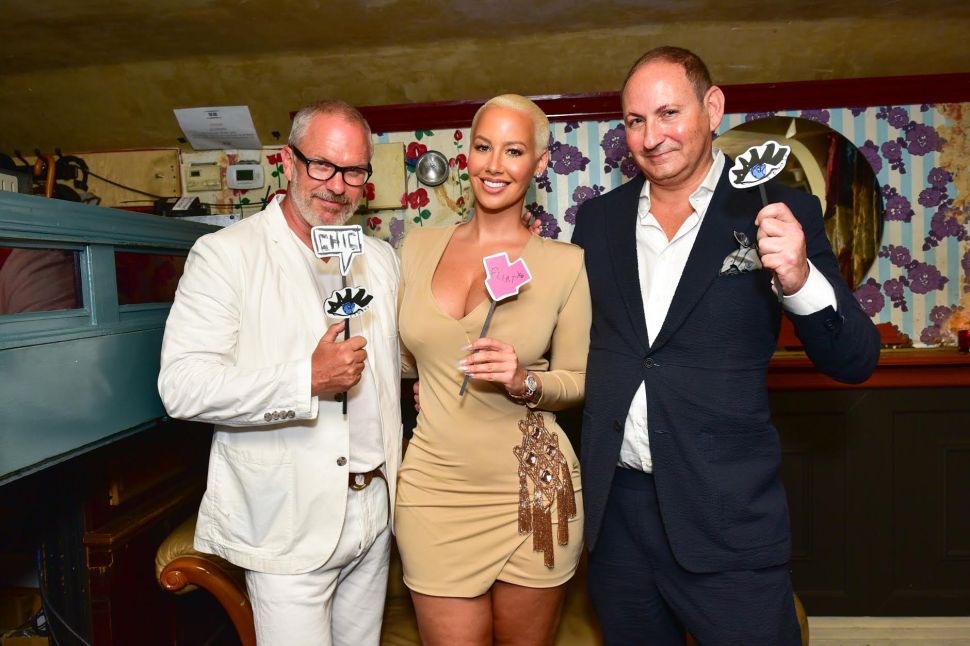