We have arrived here. Donald Trump last week called for Russia to hack Hillary Clinton and commit rogue state espionage against a political leader. That was treasonous in my mind. That was beyond all reason. America reeled. He has thrown such insanity at us repeatedly that it’s become normalized.

Mexicans are rapists. Muslim Americans and refugees alike are terror threats. Women should be punished by law for seeking to end a pregnancy. Build the wall. Round up Latino American families in the night like rabid dogs.

This was all most foul. This week it got worse. On Tuesday, August 9, Donald Trump, the Republican Party’s nominee to be leader of the free world, outwardly promoted “Second Amendment” solutions against Hillary Clinton: her body, her campaign, potential judicial nominees.

There is no gray area. This is exhorting gun violence. This is pushing his followers to take up arms and inflict harm. Grievous harm. Civil war.

Say no. If you are sane, if you stand with life, if you care about this nation, our character and our survival, this is when you get off the sidelines and say no. This is the line in the sand. Our psychological Maginot Line has been breached.

There is no middle ground here. This is where you look into the abyss, into the Day of the Locust, into this Helter Skelter, into this proposed mayhem and make a choice and say no.

Today’s comments are not banter. They are not theories. This is real. There is no turning back. He is saying there will be blood. I’m horrified.

No longer can any worthwhile American say, “But the candidates are the same.” No. It’s not a lesser of two evils. There is one evil. And it is Trump. There is no cover. You can no longer and say, “He’s a business guy.” Or, “I’m bothered by Hillary’s emails.” Or, “They’re all the same.” Or, “He doesn’t mean it.” Or, “He’s an entertainer.”

I don’t want to hear that this is a breath of fresh air, he’s not politically correct, or let’s let Donald be Donald. Donald is antithetical to our character. He’s dangerous to our safety. We must stop Donald being Donald at all costs.

I’m not. This is a “Have you no decency, sir?” moment in time: This is your choice and your fork in the road.

No American who loves this country has the excuse, cover or capacity to waver and shrink and hide behind skirts after this week. If you are with Trump, and his despicable irresponsibility, his bloodthirsty hate for who we are, you have no right to call yourself a patriot.

This is the kind of talk that pushed Timothy McVeigh. That pushed a shooter in Tucson after Sarah Palin said, “Don’t retreat, reload.” That encouraged Dylan Roof’s hand and gave vocabulary to some black dog in his head that snarled, “You can do this; you have backing.”

I’m trying to appeal to people who are considering sitting this one out and think elections don’t matter—who don’t like Democrats reflexively, maybe, or aren’t on board with Hillary. Who say he’s a business community guy or a family friend—”I’ll go with him.”

Know that if what Trump is calling for comes to pass, if people get hurt, the stain is on your hands. Words matter. Intent matters. 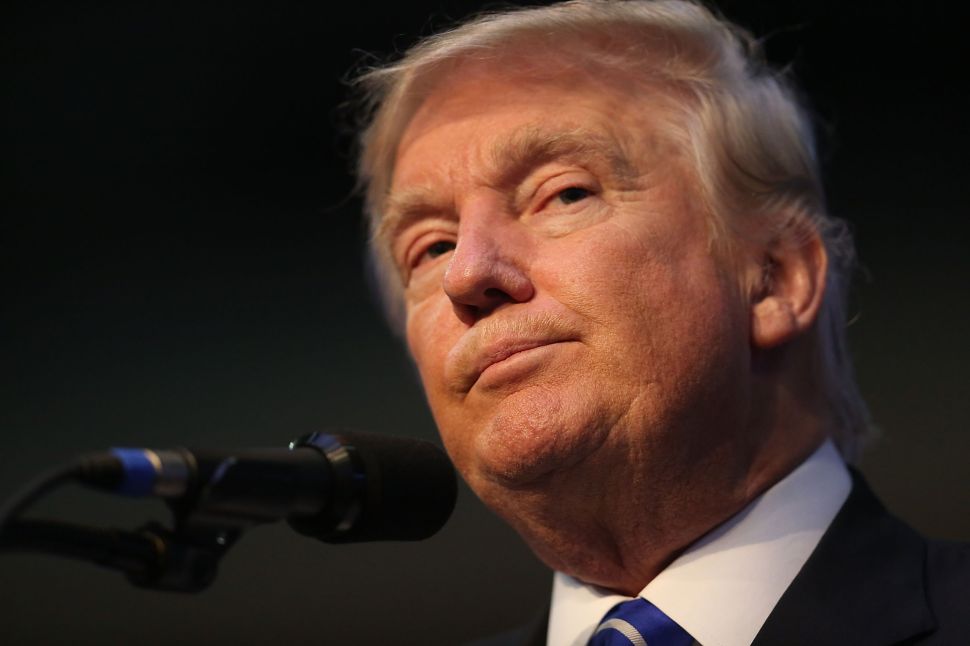