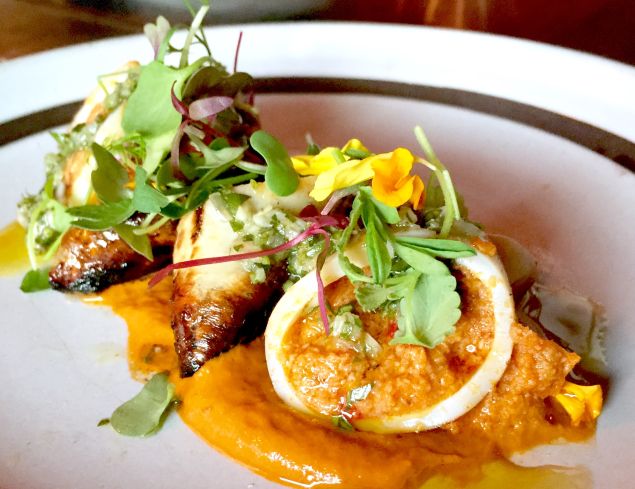 Chorizo-stuffed squid at Poco Wine Bar, where all the food is under $10. (Photo: Jenni Hwang)

Los Angeles has no shortage of destination restaurants—the places you travel great distances to visit because a critic says it’s worth it, the spots where you splurge and celebrate special occasions. But the lifeblood of dining is the neighborhood restaurant.

This isn’t a city that’s rigid about the formula for success, but there seem to be some rough guidelines about what regulars want: Accessible chef-driven food at affordable prices helps. A compelling drinks list will make guests stay longer. Fun, not fussiness, is the goal when you’re creating a menu and atmosphere that will lure people into coming in again and again.

All the food is under $10, special red (like a $6 glass of 7 Fuentes Tenerife), white and sparkling wines are $5 to $7, and sangria (made by Gelber himself and refreshingly pink on the recent summer evening we visited) is $4 a glass or $12 a pitcher.

This, says Gelber, who came up with the idea for Smoke.Oil.Salt after becoming enamored with Barcelona’s wine and tapas bars, is what he wanted to do from the start. But original chef Perfecto Rocher, who had modernist and fine-dining chops he honed while working in the kitchens of culinary luminaries Ferran Adria, Gary Danko and David Kinch, went big with paellas and took a more formal route overall as he created a serious destination restaurant that became one of L.A.’s most buzzed-about openings of 2014.

Smoke.Oil.Salt was showered with critical acclaim and showed up on both prominent local and national best-of lists in publications including Los Angeles magazine and GQ, but Rocher is now cooking in Seattle and Gelber wants to go a more casual route. (You can still get your paella fix at Smoke.Oil.Salt, though.) So for Poco, Vasquez (a protege of famed Peruvian chef/former Smoke.Oil.Salt consulting chef Ricardo Zarate) is stuffing grilled squid with chorizo ($8) and serving a bright heirloom, tomato, beet and chickpea salad ($6). The $9 cured meats plate has a couple pieces of lomo Iberico, along with Serrano ham, salt-cured tuna and excellent pickled vegetables like cauliflower.

Poco’s $8 pan a la parilla—a riff on pan con tomate—is a grilled flatbread big enough for two or three people to share, topped with a spicy tomato sauce and house-made cheese. It’s comfort and heat and umami, and something you could eat several times a week, whether it’s part of a big dinner or just a slice or two with a glass of wine after work. Gelber anticipates the average guest at Poco spending about $20, and he’s totally cool with that. This place is one of the better deals in town. 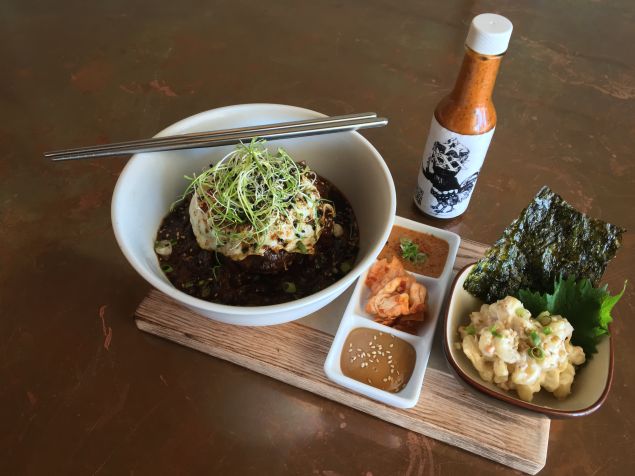 Over in Redondo Beach, Blackhouse Hospitality chef/partner Tin Vuong and owner/founder Jed Sanford, have added an all-day, everyday spot to their South Bay empire. Like what Blue Ribbon has done for years in New York, Vuong is offering a diverse, something-for-everyone menu where you can roll in for a burger or fried chicken or have a globally inspired feast. At Suburbia, you can order $12 loco moco for breakfast, lunch (the breakfast menu is available until 3 p.m) or dinner. And the snacks section of the lunch menu clearly establish Vuong’s worldview.

He’s got splendid $8 fried green tomatoes with pimento cheese alongside $6 Brazilian pao de quiejo “cheezy poofs,” $2 mala pickles and a generous $4 serving of Szechuan beef tendon (the latter two of which wouldn’t be out of place in the refrigerated case of popular restaurants in the San Gabriel Valley, where critical darling Vuong actually lives. I can’t imagine this guy’s daily commute, especially when you consider he also has a pizza place in Culver City and an outpost of Little Sister in downtown L.A.).

This is L.A. in 2016, so of course there’s an entire poke section of the menu above the A-plus spicy (pork, shrimp, scallop and crab) dumplings, salads, tuna melt, Cubano and turkey avocado club. At dinnertime, you can order everything I’ve mentioned and also eat Abura-style soup-less ramen, salt-and-pepper lobster and a 14-ounce bone-in Hawaiian-style steak while you drink refreshing cocktails like the Hard Out Here For a Pimm (vodka, Pimm’s, aperol, lemon) or the Tom Arnold Schwarzenegger, a boozy Arnold Palmer with house-made lemonade.

Sanford lives nearby and wanted to create a crowd-pleasing restaurant where he could bring his family on the regular. Vuong, who’s basically taken part of the Little Sister menu and overlaid it on top of a diner menu and overlaid that on top of a Hawaiian surfer-shack menu and then overlaid that on top of a California bistro menu, lives an hour away. I bet he has a lot of great ideas for dishes when he’s stuck in traffic, ready to bring influences from the neighborhood where he resides (and far beyond) to the neighborhood where he’s the boss. 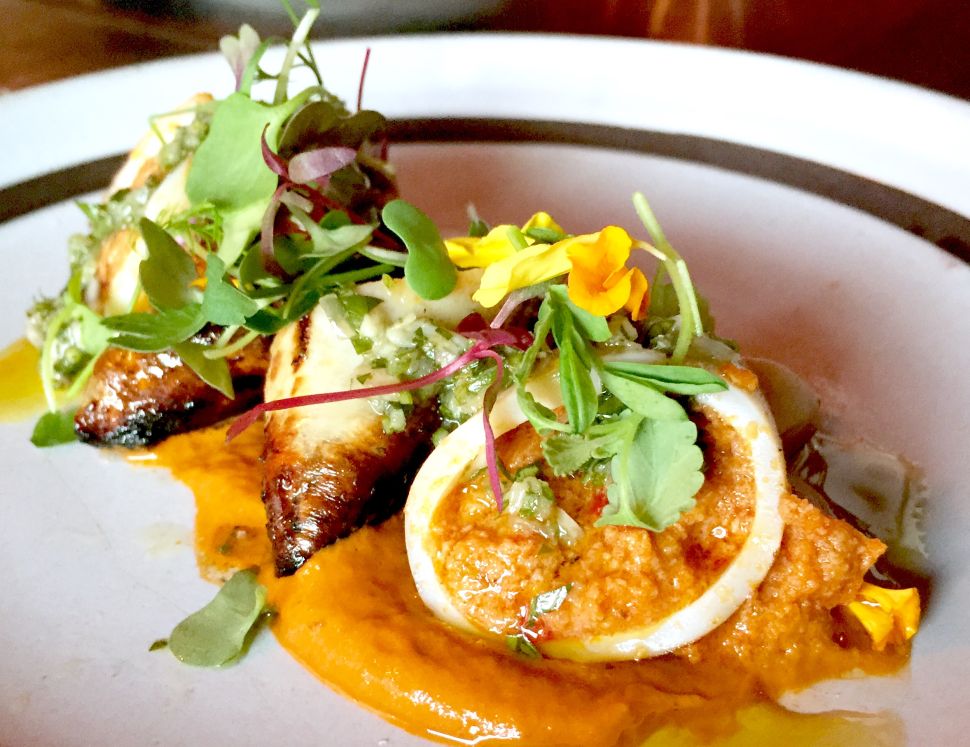