Since 1993, What Goes Around Comes Around has been the de facto leader in all things vintage. Celebrated designers like Gucci’s Alessandro Michele and Jean Paul Gaultier often shop the store’s subterranean “vault” full of near-priceless wares including a $25,000 pair of jeans from the 1890s, and pals Kendall Jenner and Hailey Baldwin are known to make the trek to the retailer’s Soho flagship for access to a prized collection of vintage Hermès and Chanel handbags. “When we started here, there was no Soho Grand, no Cipriani,” What Goes Around Comes Around co-founder Seth Weisser said during a recent visit to the store. “This place was a flea market before we renovated it to offer the best from every genre.”

Seth and his co-founder Gerard Maione’s 23 years of dedication to the vintage world have finally paid off in the most recent addition to Bloomingdale’s Soho store, where What Goes Around Comes Around will debut a permanent shop-in-shop on the retailer’s second floor today. While the accessories-driven shop will include small leather goods and handbags from Céline and Balenciaga, roughly 50 to 60 precent of the merchandise will be comprised of Hermès goods ranging from enamel jewelry and watches to home goods and coveted handbags, which Weisser considers the ultimate blue chip investment. “The luxury market is totally homogenized,” Weisser said as we perused his racks. “Every store, no matter where in the world you are, has the same stuff. We have a wall of Chanel with hundreds of bags and garments from 1994 to 2008, and sometimes you end up buying the bag for less than you would in the store, with the exception of Hermès. It doesn’t need to be a Birkin or a Kelly bag. Their products are always going up in value.”

This partnership with Bloomingdale’s is part of yet another expansion of What Goes Around Comes Around’s strategic growth, as they are also opening a flagship store in Beverly Hills, California, later this month, and a new Miami location following shortly after in September, all of which will surely pack with bold faced names on the hunt for rare goods.  “We don’t really loan to celebrities, we sell to to celebrities,” said Weisser. “They want stuff no one else can have, and they can never be gifted. They are discerning shoppers and are willing to purchase the most coveted items.” 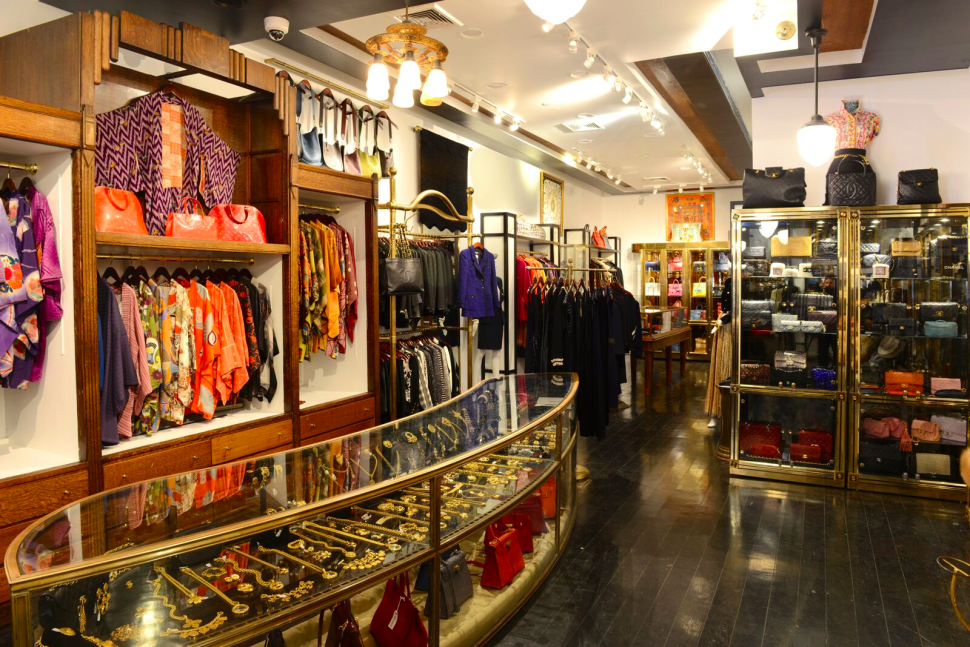