When news surfaced in the spring of 2015 that philanthropist and casino magnate Sheldon Adelson was launching a new program to combat anti-Semitism on college campuses, it caught the attention of Israel’s supporters and detractors alike. When he brought in David Brog to head the project, the world realized Adelson meant business. Brog is a board director with Christians United for Israel (CUFI), and the project is called Maccabee Task Force (MTF).

But as quickly as MTF appeared on the scene, some would say they disappeared just as fast.

Last month I met with Brog in our nation’s capital, eager to hear what MTF was doing.

“We were purposely stealth this past year,” Brog explained. “We focused on six campuses in California where BDS activity and campus anti-Semitism were running rampant. The goal was to figure out how we can make a difference—one that actually moves the dial on the ground rather than just make headlines. It was also very important to us not to compete with anyone already doing good work on campus or duplicate their efforts.”

During the hour-long conversation, Brog repeatedly stressed the importance of results and his personal accountability to Adelson and his vision.

“We have a man like Sheldon Adelson, who wants to make a difference in the fight against BDS on campus. I needed to determine the most effective allocation of his resources in order to achieve his goals,” said Brog. His first step was to learn what worked on campus by listening to those on the front lines battling BDS at some of the nation’s worst schools.

MTF’s “listening” approach was welcomed by Rabbi Aaron Lerner, who serves as executive director of the Hillel at the University of California at Los Angeles.

“The most important difference about the Maccabees is that they actually sat down and listened to students, asking for their help in understanding the situation on campus and how they thought the Maccabees could be most helpful,” Lerner said. “Unfortunately that’s an unusual thing for off-campus groups to do because a lot of people tend to think they have all the answers, but they don’t actually spend the time with the students on campus to learn if their answers will work.”

Lerner added, “If you actually want to make change on campus, it must be in partnership with students. The Maccabees realized that very quickly, and as a result, they were really able to help students achieve their goals.”

The Hillel rabbi’s sentiments were echoed by Rabbi Zevi Tenenbaum of the Rohr Chabad at the University of California at Irvine, a campus notorious for anti-Semitism.

“One of the advantages of working directly with Chabad houses and Hillels on each campus is that, unlike other pro-Israel organizations, we understand the students, the unique climate and nature on our campus,” explained Tenenbaum. “What I find very promising about the Maccabees is that they are not coming to campus with a program, they are coming to the local organizations and asking us what our needs are. They say, ‘We are listening to you,’ and they are taking the ideas of the students very seriously.”

Tenenbaum sees education as the key to defeating anti-Israel sentiment on campus. Over the past two years, Chabad at UC Irvine has run a weekly program called “Peace n’ Pizza” on various topics regarding Israel. With the help of MTF, the program is “more structured” and is now a six-week course called “Israel Gateway” that students can sign up for to learn about the Jewish state.

During his conversations with students who want to advocate for Israel and combat BDS, the Chabad rabbi discovered that many of them had little or no understanding of the dynamics, the politics and the history of the conflict, such as the Oslo Accords, Hamas, the PLO, or the withdrawal from Gaza.

“We realized that if we want these students to have a discussion with their fellow students about Israel, they will need to get a better understanding of the threats Israel is facing, as well as the dynamics, the politics and a deeper appreciation for the Jewish people and their connection to the Holy Land.”

Tenenbaum acknowledges that not every student wants to stand in a picket line or grab a bullhorn and advocate for Israel. But every student does know a classmate who may have questions about Israel—especially after they encounter anti-Israel propaganda on campus. The UCI rabbi stresses the importance of Jewish students having the “basic knowledge” to answer those questions.

Tenenbaum contends that students who have taken the Israel Gateway class are already having a positive impact on campus. He cites incidents where students have used the knowledge they’ve gained through this course to be able to communicate the facts to other students, resulting in victories against BDS.

With the help of MTF, Chabad hopes to be able to offer this class on more campuses.

With student leaders being a favorite target of anti-Israel groups, MTF’s strategy includes taking non-Jewish student leaders to Israel so they can judge for themselves if Israel is the human rights violator portrayed by enemies of the Jewish state.

“The focus of these trips is for students who know nothing about Israel, or know only what they have been told on campus, to experience for themselves what Israel really has to offer,” explained Bronstein.

The San Jose State University trip will not be the first one sponsored by the Maccabees. Earlier this year, Rabbi Lerner took a group of 22 student leaders from UCLA to Israel.

“More than anything else, these types of educational trips are going to change the culture on campus through direct exposure to the parties involved,” explained Lerner. “The trip’s alumni are all over the campus, and now when somebody comes along and wants to have a conversation about Israel or BDS, they are encountering students who are actually armed with the facts.”

Lerner pointed out that the students are not shown just one side of the conflict. They will meet with Palestinian college students, and some will go to Ramallah and talk to the Palestinian Authority, as well as “Israelis of every different stripe” when they visit Tel Aviv, Jerusalem and Sderot.

Both Lerner and Bronstein noted that the students going on these trips to the Jewish state were racially and ethnically diverse.

Bronstein explained that African-American students at San Jose became interested in the Israel trip after MTF brought two South Africans to campus to speak about how they got involved in supporting BDS and then got out of that life and became Israel advocates.

“They were incredible,” Bronstein said. “Through that presentation we established a relationship with the Black Student Union. And because of that positive development, some of their members were interested in our trip to Israel.”

With the new school year fast approaching, MTF is planning to expand their outreach to 20 campuses this year, 10 schools on each coast.

“Even though we’re expanding our reach, it doesn’t mean we won’t continue to learn what’s working and what isn’t,” said Brog. “The Maccabees will continue to collaborate with students and professionals on campus, test their ideas and take the best ones national.  Our strategy here must constantly evolve and improve.”

Brog added, “MTF is a long-term project. BDS won’t be going away anytime soon—and neither will we.”

Disclaimer: The reporter is employed by an organization that received a donation from MTF in 2015. 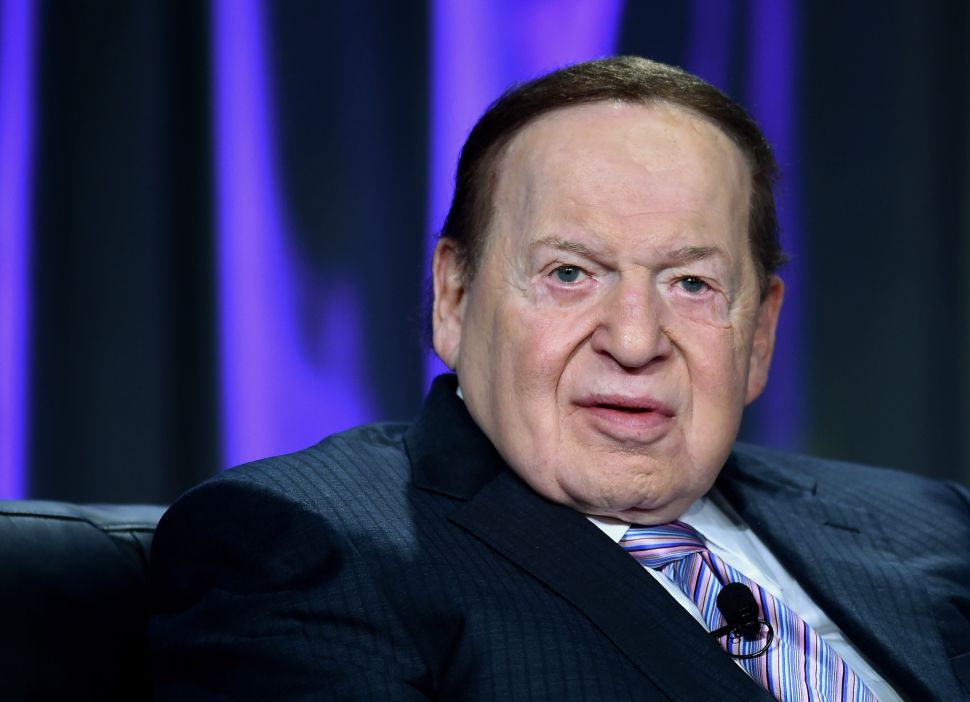