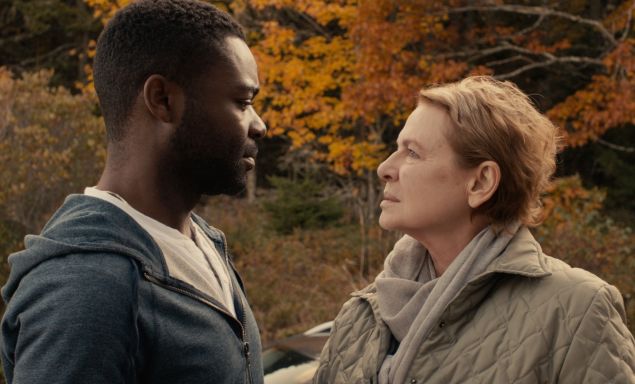 A pair of superb central performances by Dianne Wiest and David Oyelowo bookmark Five Nights in Maine, a slight but poignant drama about two totally divergent people whose lives reluctantly but inevitably intersect in mutual grief. When Sherwin, the African-American husband in an interracial marriage, loses his wife in a fatal automobile accident in Atlanta, he suffers the usual self-indulgent rigors of loss until his need to emerge from darkness and self-pity forces him to swallow his pride and drive all the way from Georgia to Maine to meet his hostile Yankee mother-in-law Lucinda, whose disapproval of the marriage from the beginning drove a wedge between her and her daughter for years.

In the aftermath of tragedy he seeks healing, mutual solace that comes from shared mourning. But instead of compassion, he is greeted with cold indifference and distrust by a sick old lady who has little time for mourning since she is dying of cancer, resigned to her own fate with resentment and rage. Reaching out in his confusion and pain to the one person who he thinks will share his loss with love and understanding, Sherwin finds rejection and bitterness. Instead of compassion, she pours salt on his emotional wounds. For character development, first-time writer-director Maris Curran shows, in Sherwin’s flashbacks, the problems in his marriage—his need to be a father, his wife’s reluctance to bring a mixed-race child into a world of hostility and prejudice, their determination to buck society’s raised eyebrows. He walks by the lake, helps prepare meals for an ungrateful mother-in-law, peruses her fading family photos, but never really feels “connected.” The director’s main goal is understatement, which is usually a good thing worthy of praise but not when it obscures major character revelations.

Meanwhile, the burden of trying to bring a series of muted, underwritten breaches of communication to life rests on the shoulders of Oyelowo, the British actor with the unpronounceable name who scored two years ago as Martin Luther King in Selma, as well as the distinguished Wiest in the role of Lucinda, a starchy, implacable and exasperating Yankee dragon that would once have seemed tailor-made for Katharine Hepburn. In a role quite different from the fiery Martin Luther King, Oyelowo does well as a decent, patient man desperate for benevolence. Over a five-day period, the audience expects the two protagonists to overcome their differences and show some humanity, but aside from one midnight outburst and the mother’s eventual confession that she’s the one who deserved to die instead of her daughter, the director paints a fragile portrait of two lost souls who will never find the common ground where their wounds can heal. Even Rosie Perez, as Lucinda’s loyal housekeeper, is forced to keep her trademark volatility under wraps.

The effect is a series of vignettes that fail to hold attention even though the movie clocks in at a merciful 83 minutes. The disappointing result is a feeling of muted emptiness that does not grow, expand, or enlighten as the thin plot pokes along—not so much from a trajectory of scenes as of observations. My advice is wait for the intimacy of your own rented or streamed home video. You won’t have to wait long. Five Nights in Maine is too inconsequential to spend money on in a major release, which, I predict, will be brief. 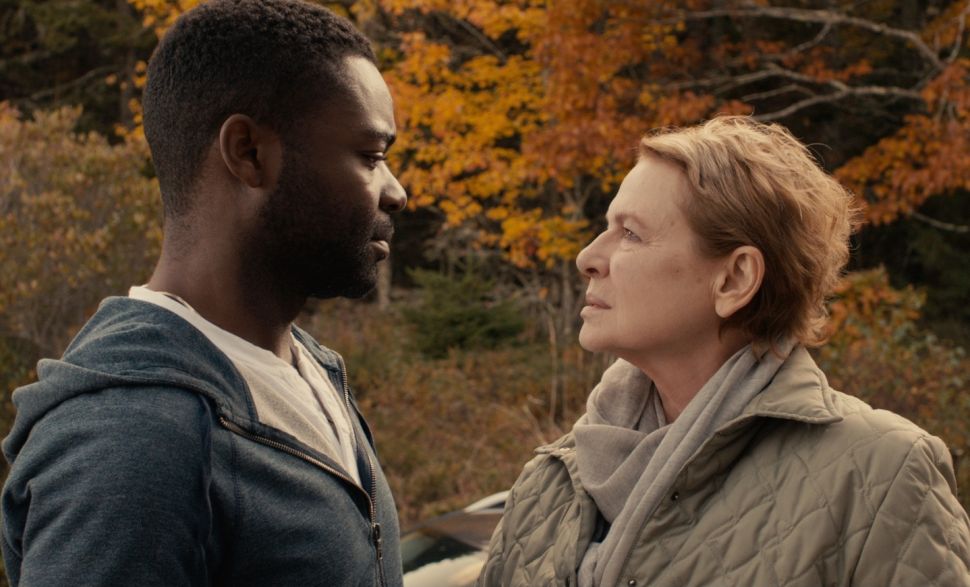