Maiwenn doesn’t want to have to sing “I’m every woman,” she just wants to make movies – like her exhilarating, disturbing and intimate third feature, My King (Mon Roi). Opening today at the Lincoln Plaza, the drama dissects the intense decade-long amour fou between the once-independent Tony (Emmanuelle Bercot, who won Best Actress at Cannes for the role) and the fickle charmer Georgio (Black Swan‘s Vincent Cassel).

The screenwriter-director said of Cassel’s character: “He’s a charming demon but he’s still a devil.” When asked if men and women would react differently to his character, even if watching side by side, she argued: “I’m making movies I’m not a social worker. I would never have the pretension of saying my film is men and women together. My characters don’t represent the masculine sex, the female sex. It reflects one girl who’s ready to be a victim and one man who’s completely charming but perverted.”

Many French journalists critiqued the turbulent scenes-from-a-marriage drama by the chic beauty who’s captured the public eye since her teens — a perennial paparazzi target once married to Director Luc Besson and then playboy/ businessman Jean-Yves Le Fur. Maiwenn bristled at the criticism that her Cannes competition film is confessional. “I don’t see myself as an autobiographic artist. My country gives me this label like autobiographic girl, blah, blah, blah which I don’t recognize myself. It’s like journalists have a contemptuous approach with this way of talking about me.”

The director continued with a sense of impatience: “the term autobiographical is quite limiting, degrading which I’m systematically exposed to whereas all these other directors aren’t given this label. Go figure why. For instance Arnaud Desplechin who was not taken for the official competition this last year with his film My Golden Days, which everyone says is his whole life, it’s completely autobiographical. Everyone says so but nobody says in the newspaper. In a certain way I paid for the fact that Desplechin wasn’t accepted into the official competition while my film was. He was not attacked but highly praised for his autobiographical film where as I’m attacked for autobiography. I don’t like to make a connection so often between how I’m treated and the fact that I’m a woman but I do have the impression that there’s some misogyny at play here.”

Warming to the topic, Maiwenn said: “When I’m on the set with my crew that I love (most of the guys of my crew they’re men and older than me) for example, for this movie I asked for a white convertible. When the car came it was black. I said but I asked for a white car. He said yeah black, white, I know but it’s okay. I said why do you ask me then? White is not black, it’s not the same. I could feel that when I make demands on the set people think I’m a pain in the ass whereas if it’s a man who makes demands people say he knows what he wants, he follows through, etc.”

Maiwenn went on to describe another double-standard: “As soon as you’re not happy people call you a poorly-laid hysterical woman — sexually frustrated. But when a man’s not happy you don’t say anything. It’s normal. He’s the boss. I call that ordinary misogyny.”

Maiwenn went on to describe another double-standard: “As soon as you’re not happy people call you a poorly-laid hysterical woman — sexually frustrated. But when a man’s not happy you don’t say anything. It’s normal. He’s the boss. I call that ordinary misogyny.”

Maiwenn, who also directed and starred in the 2011 hard-boiled crime drama Polisse (co-written and co-starring Bercot) discussed her personal experience as a director: “What I think is that there’s something about a director — about directing that calls on male hormones — testosterone. You need authority, this way of looking at people when you’re directing you need to forget your femininity because there’s something about femininity that’s fragile, that needs reassurance and when you direct you start to reassure others.”

When it was suggested that reassuring is a feminine quality, Maiwenn quickly contradicted the notion. “Not for me and the reason I say that is that I’ve noticed when I’m shooting a film I don’t have any libido, I don’t feel like getting dressed up or making myself pretty, I forget my femininity and in fact I completely forget myself. I feed myself poorly. I dress poorly. I’m completely disconnected from my femininity, my lover’s desire, of my fragility. I feel like I’m expending all of my energy looking at other people and making people believe that everything is going great even though it’s not going that great. On My King I was looking at the actors so intensely, you know, you can’t look that intensely and then look at yourself in a mirror it just doesn’t work.”

Reflecting on the conflict between men and women that forms the core of her award-winning films as well as her life on set, Maiwenn confessed: “Men don’t like authority from women. They fall in love with independent, strong women but somewhere ultimately they like — in their genes they like the woman who’s waiting for them at home. It’s weird. That’s why there’s conflict, you know, they ultimately wind up criticizing us for the reasons that they first fell in love with us.” 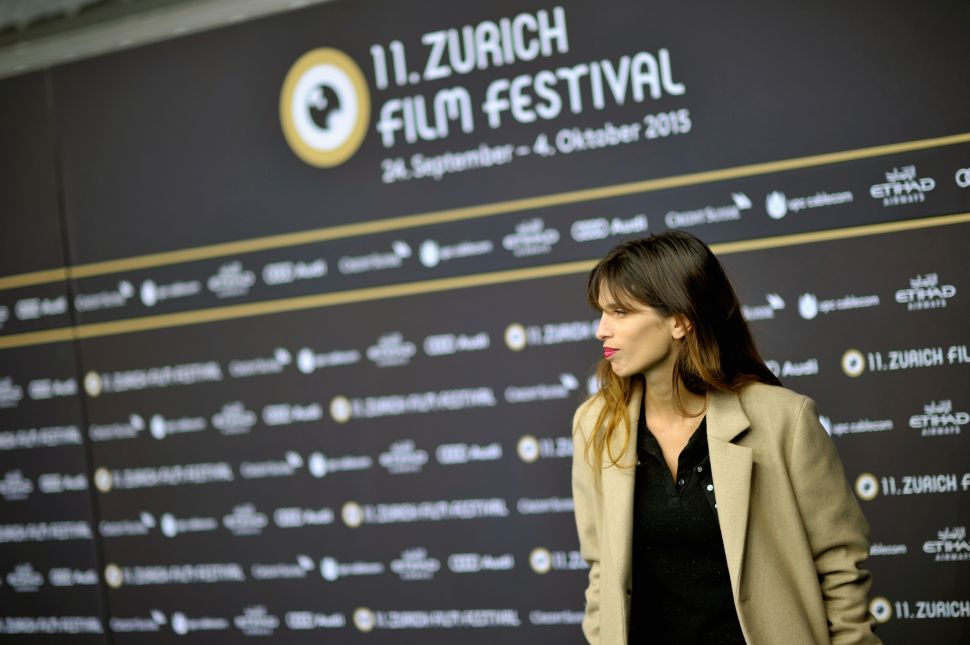