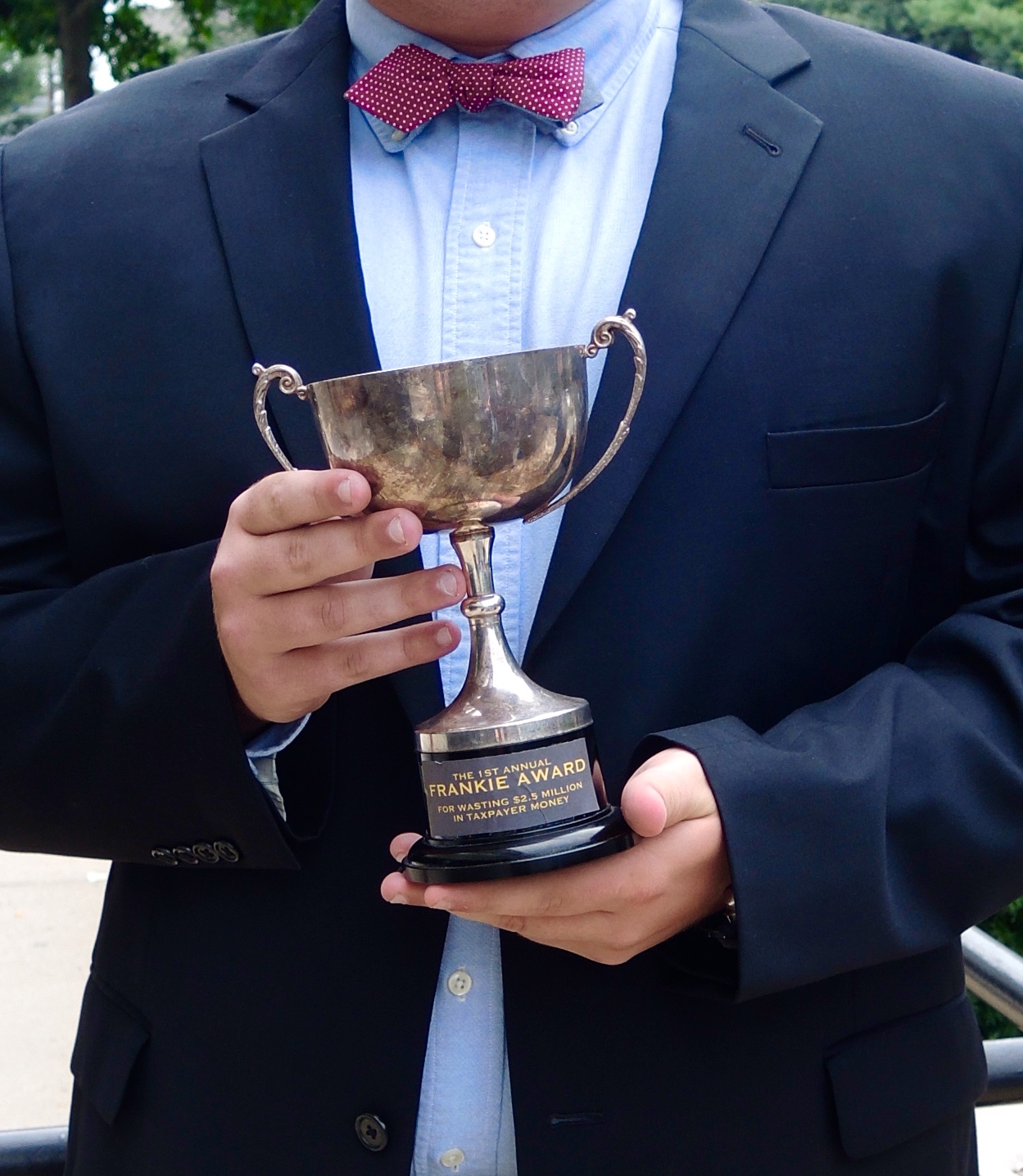 GLEN ROCK – Volunteers from Democrat Josh Gottheimer’s campaign for New Jersey’s fifth congressional district went to Congressman Scott Garrett’s Glen Rock office on Tuesday to present the incumbent with what they called the first annual “Frankie Award.” According to Gottheimer’s campaign, the impetus to deliver that award was Garrett’s use of taxpayer dollars to pay for franked mail that is too close to campaign-style mail.

According to a release issued by Gottheimer on Tuesday, Garrett has “manipulated the system.” Rules for franked mail are laid out by the House Franking Commission. According to the House Committee on Ethics, “Statutory law provides that it is Congress’ intent that the frank not be used for, among other things, mail matter which specifically solicits political support for the sender or any other person or any political party, or a vote or financial assistance for any candidate for any political office.” Franking regulations prohibit “specific references to past or future campaigns or elections, including election or re-election announcements and schedules of campaign related events,” the use of materials “used in campaign literature as well as specific campaign pledges or promises,” and “excessive use of party labels.”

Garrett for Congress Campaign Manager Sarah Neibart issue the following statement when asked about the Frankie Award: “Franked mail approval is a thorough and bipartisan process undertaken by the House Administration Committee. Josh Gottheimer’s political stunt, however, amounts to campaigning on government property, which is expressly forbidden by law.” 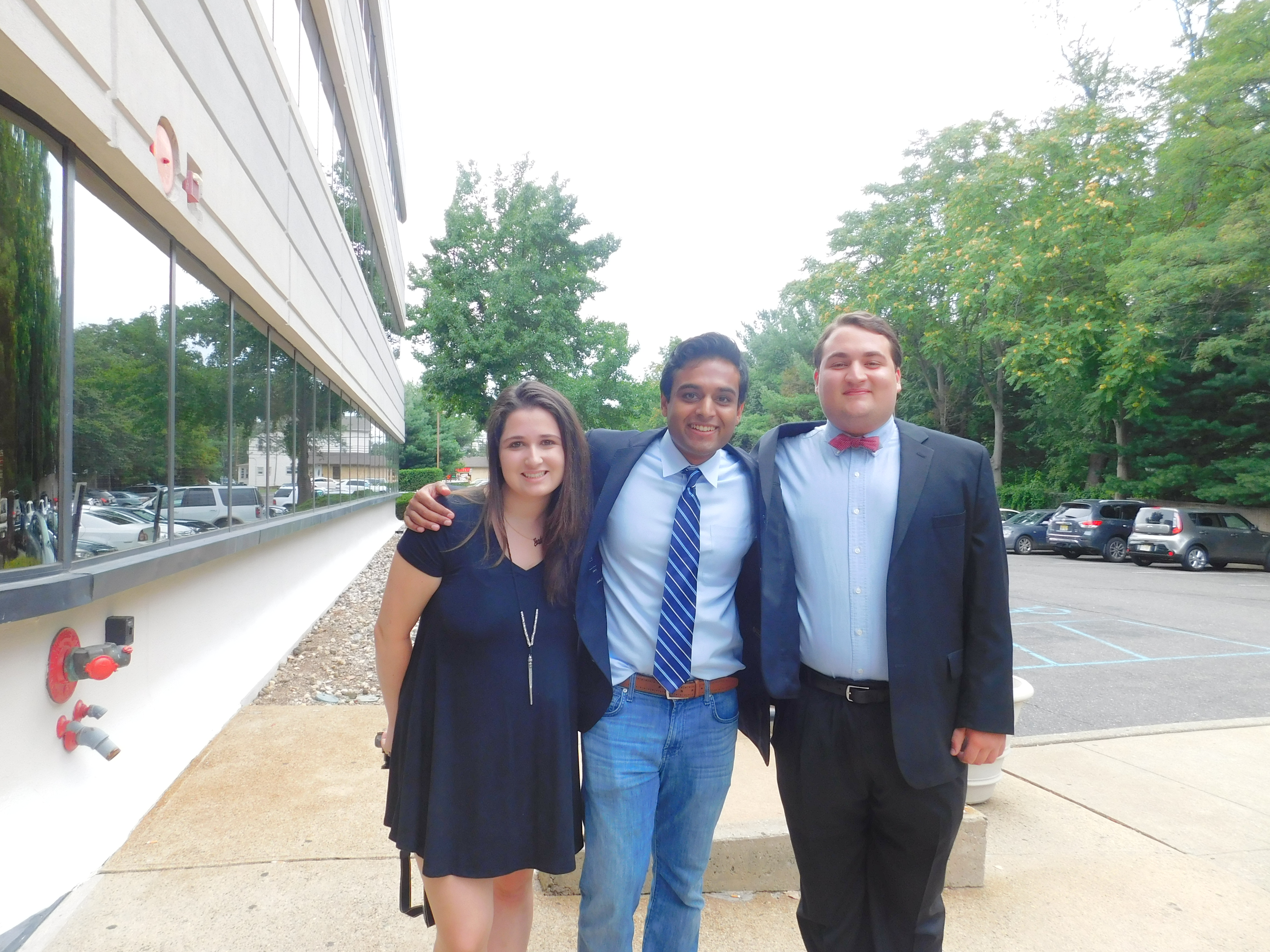 According to the Committee on Ethics regulations are put in place “generally to preclude campaign or political activity from taking place in a congressional office.”

The Frankie Award was delivered by Gottheimer volunteers Jay Bhargava, Jordyn Zitman and Pat Fallon. It was accepted by an employee at Garrett’s office.

In a statement issued after campaign volunteer delivered the trophy, Gottheimer said that Garrett comes in “dead last” on issues like fighting terrorism and helping first responders.

“So, I’m glad that Garrett finally has a category in which he’s the best in the state –wasting your taxpayer dollars on self-promotional, taxpayer-funded junk mail that attempts to gloss up his terrible record. It’s a truly stunning achievement,” Gottheimer said. “You’ve won the first Frankie award, but New Jersey taxpayers have lost.”

Gottheimer’s statement also cites data from the Sunlight Foundation on congressional mailing that claims Garrett has spent “more than $2.5 million dollars on mass mailers during his time in Congress.” 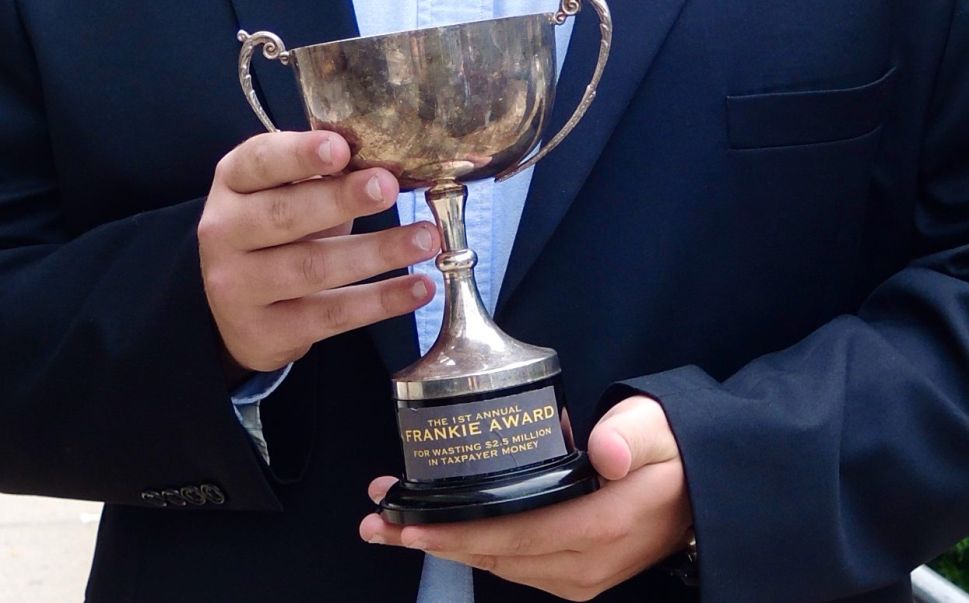