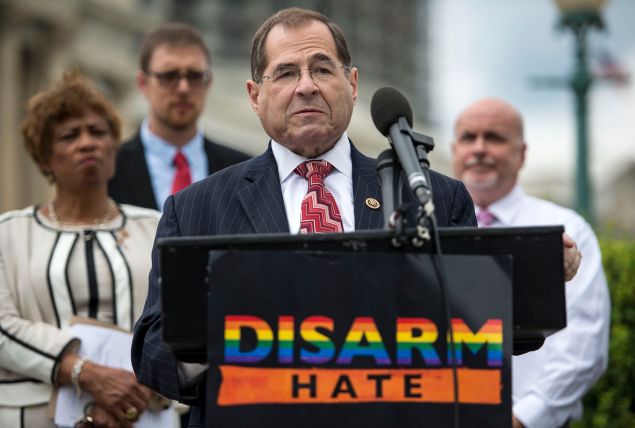 “Nobody cares? It may be the least Democratic thing we do—after depriving people the right to vote.”

We were having drinks with one of New York’s true polymaths: John Katzman, the founder of The Princeton Review and the equally revolutionary online education company 2U, when he brought up a topic that made our eyes glaze over—gerrymandering. We agreed that it is a cynical tool used by incumbents of both parties to ensure their re-election, and unlikely to be changed through legislative reform. As he went on with an elegant mathematical solution, we beckoned the waiter for a refill.

Katzman, always attuned to drifting students, clicked his computer mouse and brought up an image that caught our attention: a map of one congressional district, Jerry Nadler’s 10th.

Not only does it include about a third of Manhattan, but it crosses the Brooklyn Bridge and runs south along miles of Brooklyn waterfront encompassing piers with zero inhabitants. It then jogs east across a two-block-wide strip of Bay Ridge in order to find sanctuary in Borough Park. According to Politico, it is one of the 10 most cynically drawn congressional districts in America.

In New York, the drawing of district lines is the responsibility of the state legislature, and subject to a veto by the governor. Nadler began his career in 1972 as a legislative aide in Albany, and then got elected to the Assembly in 1977, where he spent 15 years. He was first elected to Congress in 1992, following another post-Census redrawing. After the 2010 Census, New York lost two congressional seats. Although Nadler’s district changed from the eighth to the 10th, his friends in Albany took care of him, ensuring that his new district would be more than 65 percent Democratic Party enrollees.

Beginning in 2020, the redistricting process in New York will be changed slightly. It will become the responsibility of a 10-member commission—but still appointed by the state legislature.

The problem, as many have noted, is that recent redistricting efforts have made election districts—whether congressional or state legislature—less competitive. In 2010, only 70 congressional districts across the country—17 percent of the 435 House seats—were considered competitive. (A competitive seat is one where party enrollment is not more than 53 percent of total voters.) In 2014, that number had fallen to 47, or just 11 percent of House seats. The flip side is that the number of safe seats grew during the same period from 59 percent of districts to 65 percent. (A safe seat enjoys a 58 percent or greater party enrollment.)

Creating “fairer” or at least more competitive districts is not hard. There have been several innovative attempts to use mathematical algorithms that would create “compact” districts. Katzman says, “Think circles. They are largely immune to game-playing by either party.”

That is not the challenge. The problem is that politicians are unlikely to address the issue voluntarily. It is against their self-interest.

So is there a solution? The answer is the courts, though that avenue is difficult as well. Just last year, the Supreme Court ruled than any suit alleging unfair gerrymandering must go before a three-judge panel. And almost the only basis for a successful lawsuit is racial discrimination: the attempt—or effect—of a redrawing to limit a racial group’s chance at full and fair representation.

So we’re back to the second part of Katzman’s recommendation: an innovative constitutional challenge—perhaps based on equal protection. People who are in the minority party—a safe district allocated to the other party—are essentially disenfranchised.

In the last few years, we’ve seen lawsuits brought by the left and the right that have changed policies that Congress has been unable or unwilling to address. Now we need an aggressive response to gerrymandering—before Nadler’s district, and hundreds like it—make democracy impossible. 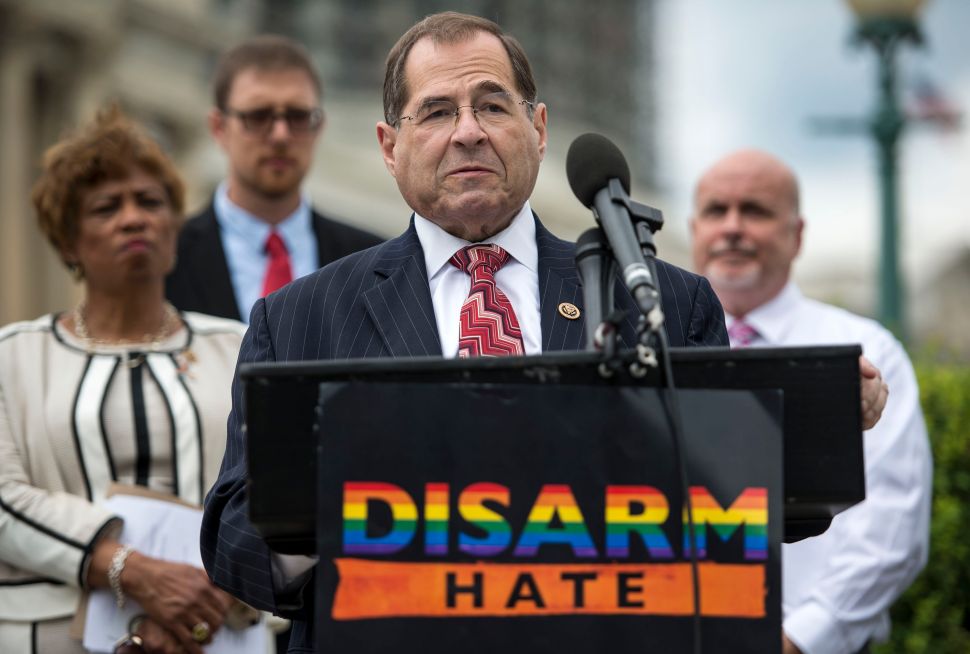