While Congressman Scott Garrett and challenger Josh Gottheimer have started to duke it out for fundraising dollars and support in congressional district five, this week both men have taken on another challenge: doing pull-ups.

During a visit to the New Jersey State Fair in Sussex County on Tuesday, Garrett accepted a challenge from a tour guide (originally directed at Lieutenant Governor Kim Guadagno)  to try his hand at the pull-up bar, according to the New Jersey Herald. He did three pull-ups.

On Thursday, it was Gottheimer’s turn to visit the fair. Like his rival, Gottheimer decided to take to the chin-up bar. He did 27 pull-ups, according to a source. The source also said that, before Gottheimer took to the bar, the record number completed was 26. 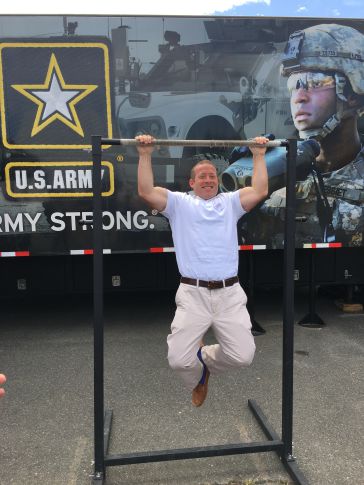