In June 2016, hacker Guccifer 2.0 released a trove of internal Democratic National Committee documents, which pointed to DNC staff violating its own charter in treating Hillary Clinton as the nominee long before the primaries even began.

Included in the documents was a DNC dossier of possible attacks from Republican presidential candidates on Clinton, outlining counterpoints to their arguments in preparation for Clinton’s coronation as the Democratic nominee. The documents unquestionably prove the DNC violated their own charter and undermined democracy by strategizing for Clinton to win the Democratic primaries and general election.

One of those strategies included manipulating media coverage for her benefit.

“Use specific hits to muddy the around ethics, transparency, and campaign finance attacks on HRC,” noted one of the leaked memos. In July, Guccifer 2.0 released additional documents to The Hill, including a DNC memo from March 2015 to Clinton campaign operatives outlining ways to legally solicit Clinton’s SuperPACs. The DNC made no efforts to dispute the content of the leaked documents. Instead, they offered a vague statement saying they were taken and leaked by suspected Russians hackers.

On August 12, Guccifer 2.0 released more documents, which included congressional contact lists and passwords. This leak likely served to make public that the recent hacks of the Clinton campaign and the Democratic Congressional Campaign Committee were committed by Guccifer 2.0.

After Twitter briefly suspended the Guccifer 2.0 account, the Twitter account noted they released the emails they obtained from the DCCC to WikiLeaks. The content released by Guccifer 2.0 on a WordPress page the alias has been operating since June 2016 was taken down by that site as well. Social media is trying to smother the documents, while the media, the DNC, and the Clinton campaign continue to discredit and silence criticisms the content of these leaks provoke.

Preceding the Democratic National Convention, WikiLeaks released nearly 20,000 DNC emails, which proved the DNC developed a hostile culture toward Bernie Sanders under the leadership of Clinton’s 2008 campaign co-chair, Debbie Wasserman Schultz. The fallout and negative publicity lead Wasserman Schultz and three other DNC staff members to formally resign, but no reforms have been made to ensure that the DNC serves to promote democracy rather than superseding voters by selecting and propping up the candidates their leadership prefers.

In a slip during an interview with The Miami Herald, Wasserman Schultz said, “I’m very proud of the nominating contest that we won—that we ran.” During Wasserman Schultz’s debate with her first congressional primary challenger, Tim Canova, she said, “The work we did to prepare for Hillary Clinton to be our nominee and make sure we could get her elected president is absolutely critical.”

Under the DNC Charter, which stipulates the chair and her staff remain impartial throughout the primaries, Wasserman Schultz and her staff were not supposed to do any work to prepare for Clinton until after the Democratic National Convention, when the primaries formally ended.

“Democrats not only treated this evidence-free conspiracy theory as Truth, but—following the Clinton campaign—proceeded to smear WikiLeaks as a Kremlin operation,” wrote Glenn Greenwald for the Intercept. “So that’s the Democratic Party’s approach to the 2016 election. Those who question, criticize or are perceived to impede Hillary Clinton’s smooth, entitled path to the White House are vilified as stooges, sympathizers and/or agents of Russia.”

As far as the revelations revealed initially by Guccifer 2.0, before the WikiLeaks releases, most mainstream media outlets failed to report them at all. Nor did they include the Guccifer 2.0 documents in the context of the emails released by WikiLeaks. Treating them as separate events rather than pieces of a broader picture of collusion and corruption within the DNC and the Clinton campaign is a deliberate tactic to protect Clinton. The language used by mainstream media outlets in reporting anything damaging toward Clinton and the Democratic Party leadership is carefully crafted to dismiss the content of these leaks.

“Those emails appeared to show a bias among some officials in favor of Hillary Clinton, which angered some Bernie Sanders supporters,” reported NBC News. Wordage such as “appear” or “suggest” make it seem as though the content of the DNC emails are only interpreted as damaging by Sanders supporters, while the majority of coverage regarding these leaks focuses on unsubstantiated connections between the hacks and the Russian government.

“Basically all of these examples came late in the primary—after Hillary Clinton was clearly headed for victory,” wrote Bernie Bro enthusiast Adam Blake for The Washington Post. This defense ignores other leaks which showed the DNC working on behalf of Clinton long before the primary began, and it defends the behavior in the emails under the assumption that Clinton’s victory was inevitable.

Instead of utilizing the transparency the DNC memos afford the American public, much of the press seems intent to serve the Clinton political machine. These leaks, and the inevitable future releases, should be offering the media an opportunity to push for reforms within the Democratic Party so that it protects and expands democracy, rather than subverting it to push their own agenda. 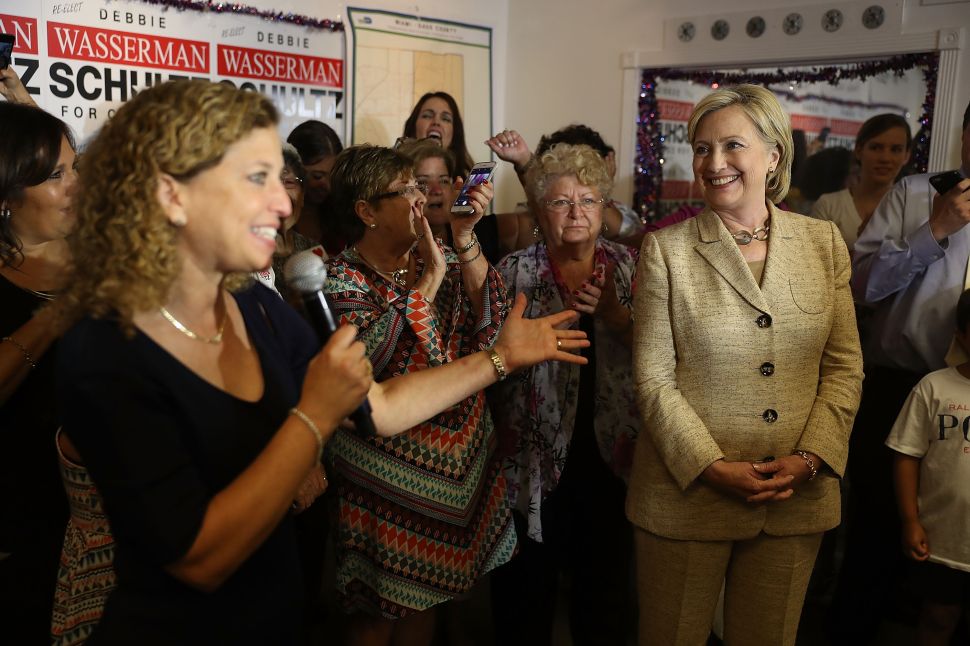