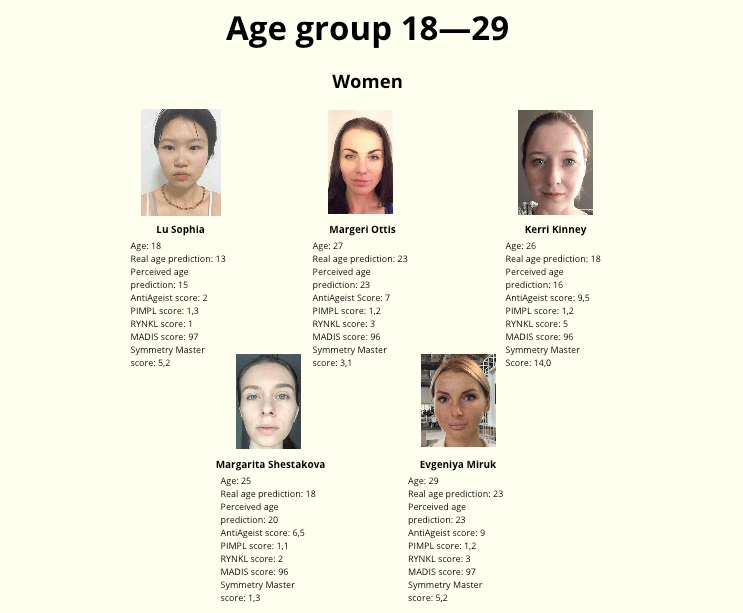 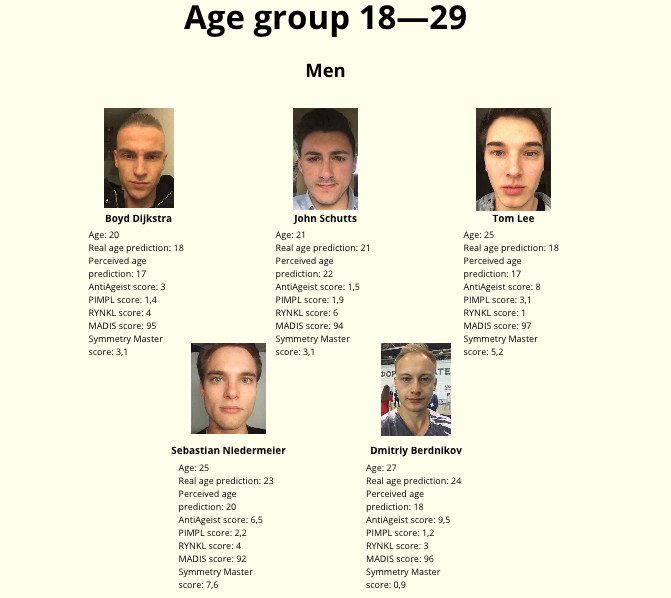 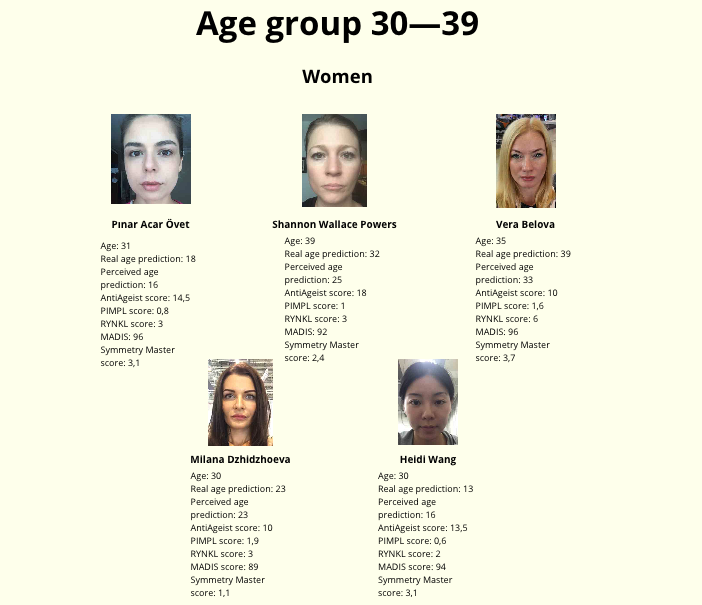 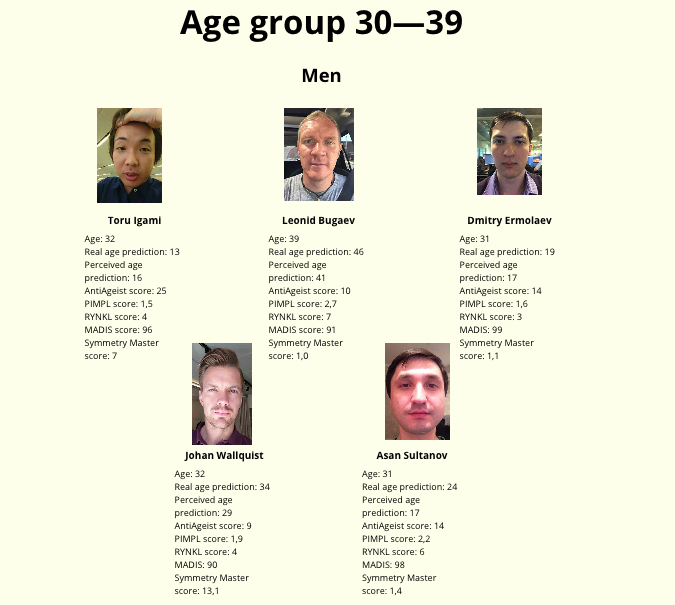 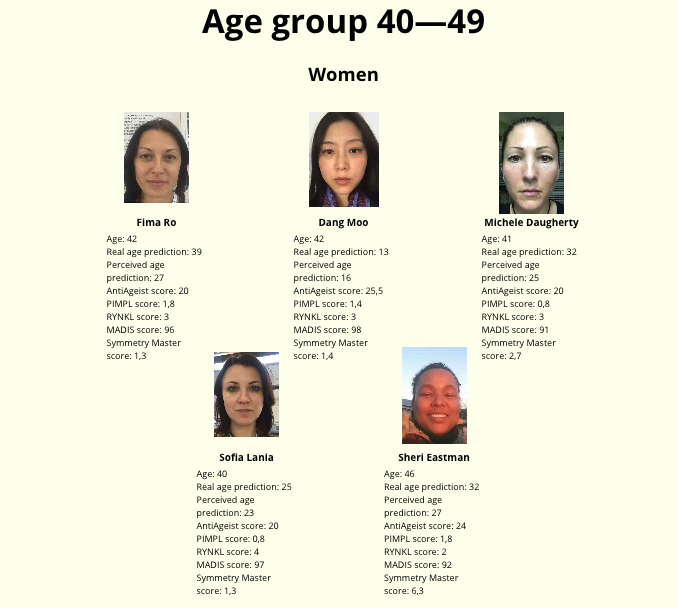 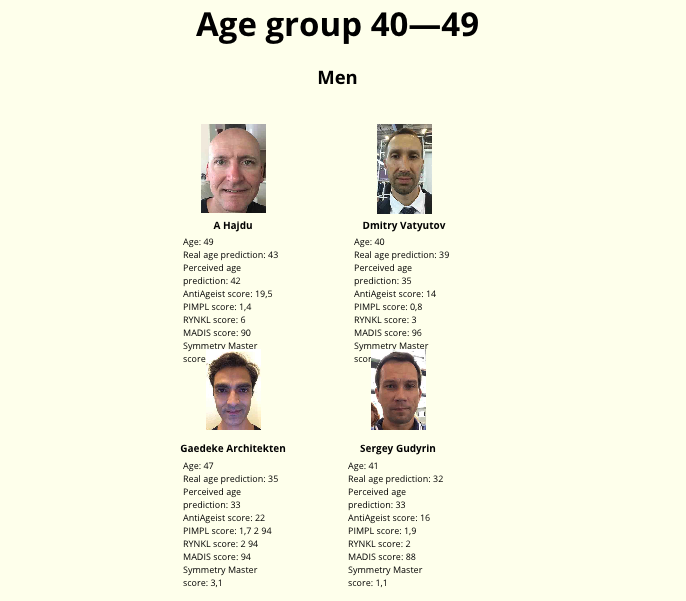 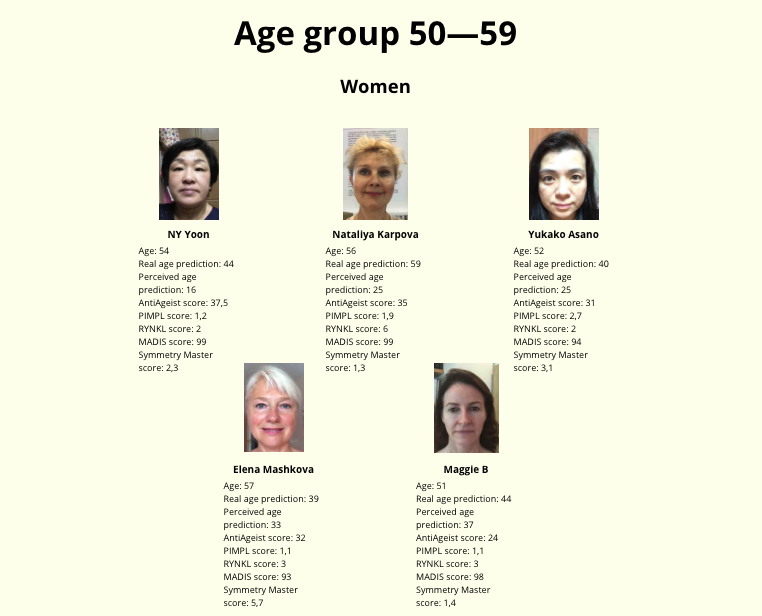 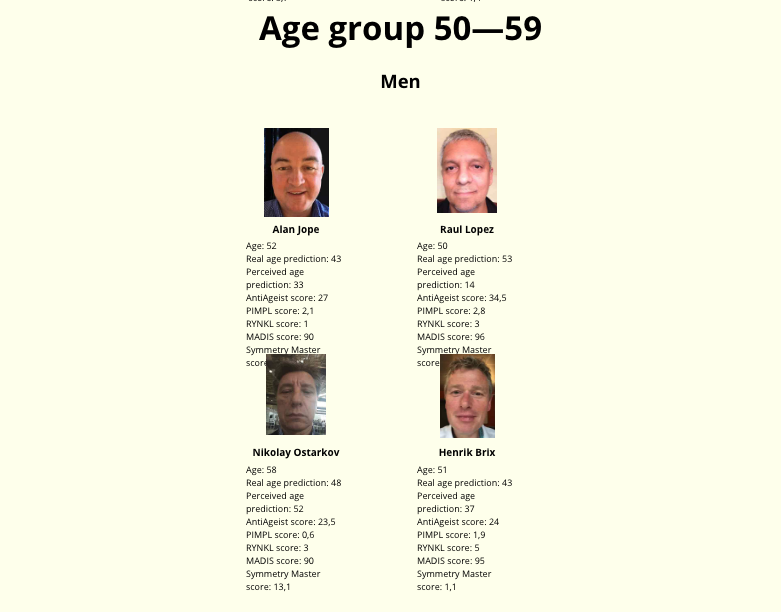 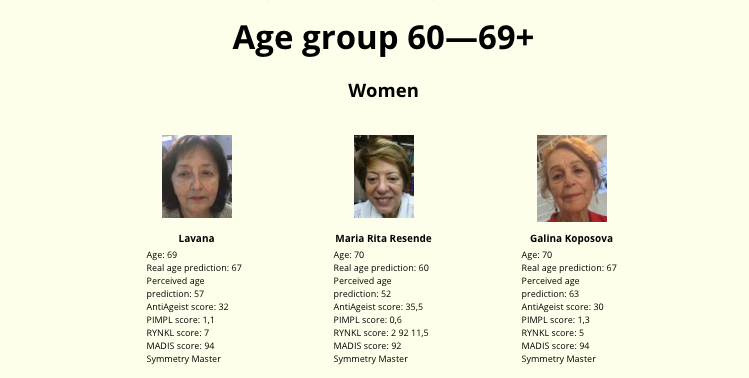 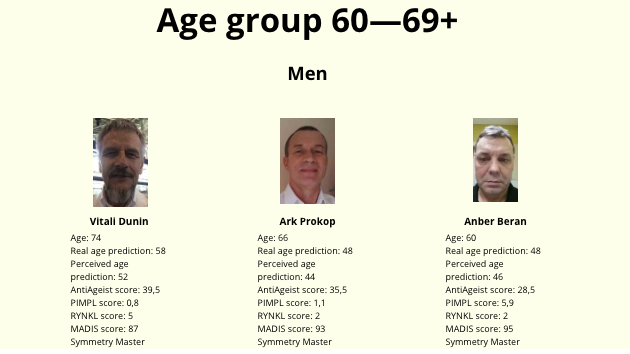 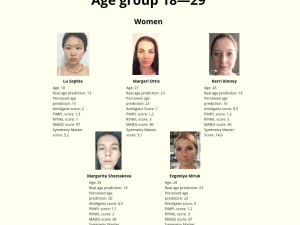 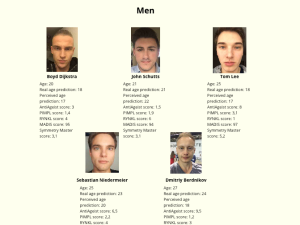 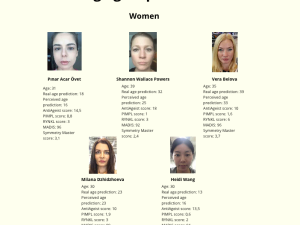 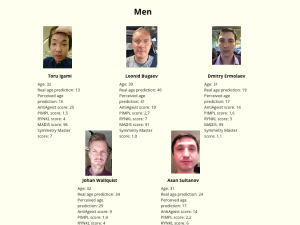 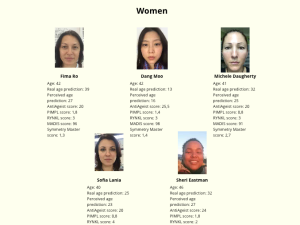 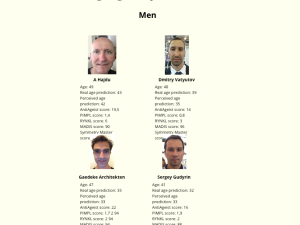 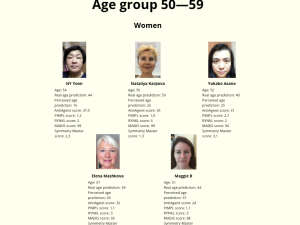 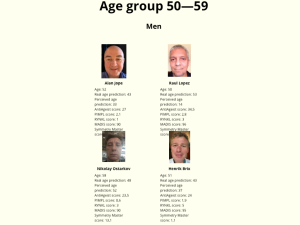 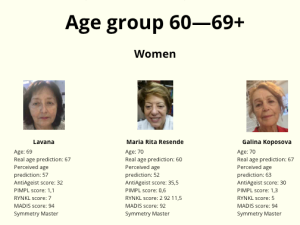 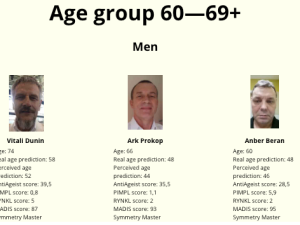 Earlier this summer, humans submitted their selfies and computer scientists submitted their algorithms to be competitors and judges in the first beauty contest judged by artificial intelligence.

The six AI judges were trained to evaluate wrinkles, face symmetry, skin color and several other parameters before choosing men and women winners in various age groups ranging from 18 to 69. The photos, which people submitted through an app, had to show the person free of makeup, facial hair and sunglasses (with a facial hair exception being made for those 65 and older).

A total of 60,000 people submitted their selfies, and the winners have been chosen. Alex Zhavoronkov, CSO of Youth Laboratories and CEO of Insilico Medicine, the two companies behind Beauty.AI, said he was surprised by the results.

“I found that there are many entrants that I personally find more attractive than the robots. But it seems like we have major individual bias in human opinion, even in the team,” he told the Observer.

This beauty contest wasn’t just for fun. It actually stemmed from a project that involves using AI to evaluate health and hopefully slow aging in the future.

“We first got the idea for the contest when we tried to build several algorithms for evaluating the health status of patients by the photographs and argued that the healthier you look, the more beautiful you are,” Zhavoronkov said. “We also struggled with the algorithm for estimating the ‘wrinkleness’ of the human face and were faced with the same question, ‘Will you look better with less wrinkles?’ We started thinking about these and decided to launch a platform, where both humans and robots can complete.”

In looking through the above slideshow, it becomes apparent that there’s virtually no diversity among the winners. While 11 percent of participants were black, not a single person of color was chosen as a winner. Zhavoronkov points to technical limitations to explain why this happened.

“Over 100 countries participated and we have Asian and Indian finalists…However, there are many challenges when working with darker skin or inconsistent light. The quality control system that we built might have excluded several images where the background and the color of the face did not facilitate for proper analysis,” he said.

He added that this could lead to unintentional bias in the future, when society relies more on AI.

“In fact, you may have a point,” he said. “Technological limitations of today may lead to some racial bias in the future, because some of the machine learning teams would rather prevent events like the one below, than try to go to great lengths to correct for lighting and color.”