With Clinton pulling far ahead in national polls and many key battleground states—and the chaos of Donald Trump’s campaign continuing with yet another shake-up of his management team—the stage is set for America to elect our first female president with a resounding vote in November.

Consider the scoreboard for the rise of women in politics around the world:

Theresa May has become the new Prime Minister of Britain while Angela Merkel continues her tenure as a historically important chancellor of Germany. The two are now leading the most prosperous and influential nations in Europe.

The world’s most powerful and important banker is Janet Yellen, a monetary policy progressive who chairs the Federal Reserve Board.

The election of Hillary Clinton as president would bring to judicial power a new liberal majority on the U.S. Supreme Court. Clinton will nominate Supreme Court justices who will be strongly liberal and very similar to the kind of justices Bernie Sanders would have named if he had been elected president.

While John Roberts would remain as chief justice of the Supreme Court, the most powerful justice on the court will become Associate Justice Ruth Bader Ginsberg, the long-term intellectual and judicial leader of the progressive movement within the American bar.

If Democrats regain control of the United States Senate, which now seems increasingly likely, one of the major power players in the Senate will be Sen. Patty Murray of Washington. Murray would emerge as the third and possibly second ranking leader of Senate Democrats and could chair the powerful Senate Appropriations Committee—which has jurisdiction over all federal spending—or the highly important Senate Health, Education, Labor Pensions Committee.

Republicans remain favored to retain control of the House of Representatives, but if the Clinton lead over Trump continues at current levels the Democrats now have an outside chance of regaining control of the House, as Speaker Ryan recently warned in an urgent fundraising letter.

If Democrats regain control of the House, Nancy Pelosi would regain the speaker’s gavel. Even if Republicans retain control, Pelosi could have enormous influence if Democrats gain a significant number of seats—which is very possible.

House Republicans have become a house divided into warring GOP factions, and even in the current Republican-controlled House Ryan at times has had to rely on Pelosi delivering Democratic votes to prevent another government shutdown.

The greater the margin of Clinton over Trump, the greater the chances of House Democrats pulling an upset and regaining control of the House. Take a look at the huge Democratic majority of the Senate and House in the Congress that was elected along with the landslide victory of Lyndon Johnson over Barry Goldwater in 1964, a scenario I am not now predicting for 2016 but which is entirely possible if current trends continue!

Think about it: If Clinton wins, women will be leading the executive branch in the United States, defining the majority on the Supreme Court, wielding ascendant power in Congress, leading the most powerful financial institution in the world, and governing the two most prosperous and powerful nations in Europe, just for starters.

The advancement of highly successful women to leadership positions is so powerful that I would go so far as to suggest that even if Hillary Clinton defeats Donald Trump in November, one way or the other there will be major political opportunities for Ivanka Trump if she chooses to pursue them. Her excellent speech at the Republican National Convention emphasizing her support for various causes dear to the hearts of women suggest she could have an important role to play in American politics, even if Democrats sweep the 2016 elections.

If Hillary Clinton is elected she will have an outright mandate to propose and enact full pay equity for women early in her presidency. As election day comes closer the issue of pay equity will rise in importance to independent and Republican female voters—as well as Democratic female voters—as the prospect of pay equity and a substantial increase in the minimum wage for women and men will become a tie-breaking voting issue for many of the remaining undecided voters.

Similarly the establishment of a “Clinton court” will bring a dramatic advance in the legal status of issues important to many women, from pay equity to choice on abortion. I have referred in columns to “the five Republican conservative men on the Supreme Court” (who are now the four conservative men on the Supreme Court with the passing of Justice Anton Scalia) who have cast judicial votes against the interests of women, workers, consumers and others. A Clinton presidency with a liberal Supreme Court majority would completely reverse this patten of judicial decisions.

If Clinton is elected president one can easily imagine a summit meeting to discuss issues important to women including the American president, the prime minister of Britain, the \chancellor of Germany, the chair of the Federal Reserve Board, the senior justice on the U.S. Supreme Court and the growing number of women who are serving as CEOs of major companies.

It is interesting that, in recent weeks, Hillary Clinton’s support has risen among male voters while the gender gap in presidential politics has grown greater than ever.  Upon such events potential landslides are made, and politicians would be well advised to remember the words of Abigail Adams to her husband John in the days our Republic was founded: “Remember the ladies.”

In American politics in 2016 the politicians who sell short the ladies do so at their great peril. 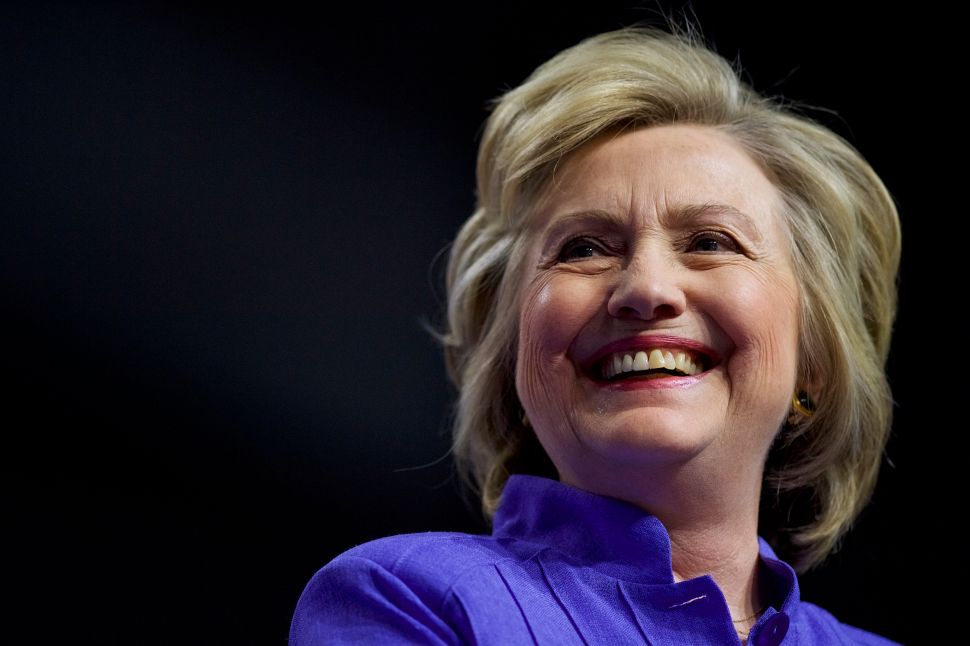