The deal also comes in the midst of a controversial conflict in Yemen, where Saudi Arabia has killed thousands of innocent civilians with relentless airstrikes. As a result of the violence, the majority of the population in Yemen requires humanitarian aid, and hundreds of thousands face starvation.

A bipartisan effort in the senate has emerged to block the Obama administration from allowing this sale of weapons, given Saudi Arabia’s disastrous human rights record.

“I will work with a bipartisan coalition to explore forcing a vote on blocking this sale,” Sen. Rand Paul told Foreign Policy. “Saudi Arabia is an unreliable ally with a poor human rights record. We should not rush to sell them advanced arms and promote an arms race in the Middle East.”

“I have yet to see evidence that the civil war we’re supplying and supporting in Yemen advances our national security,” Murphy said to The Hill. “The more it drags on, the clearer it becomes that our military involvement on behalf of the Saudi-led coalition is prolonging human suffering in Yemen and aiding the very groups that are intent on attacking us.”

Under a Hillary Clinton presidency, the United States government’s policy of enabling Saudi Arabia to conduct widespread human rights violations in Yemen and within its own borders will likely increase.

According to an International Business Times investigation, arms exports from the U.S. to Saudi Arabia increased 97 percent under Clinton’s tenure as Secretary of State. Around the same time, the Saudi Arabian government donated $10 million to the Clinton Foundation. The Boston Globe’s editorial board recently called for the Clinton Foundation to freeze donations and shut down, as it is a conflict of interest so long as either Bill or Hillary Clinton are in public office or seeking public office.

The Podesta Group, founded by Clinton’s Campaign Manager, John Podesta, is also being paid $140,000 a month to lobby on behalf of the Saudi Arabian government.

In 2011, Clinton oversaw a $29 billion dollar deal which sent fighter jets to the Saudi Arabian government. Emails released from Clinton’s private server show Clinton’s staff celebrating the sale as “good news,” according to The Intercept.

In a separate batch of emails found on the server, Clinton and her close aide, Cheryl Mills, admitted that they hold Saudi Arabia to a different standard when it comes to speaking out against human rights violations.

During Obama’s first five years in office—four of which saw Clinton as secretary of state—the Obama Administration brokered $30 billion more in arms deals than George W. Bush did during his eight years in office.

In June 2016, Obama pushed Democrats in the House to join Republicans in voting down a measure which would have banned the sale of cluster bombs to Saudi Arabia.

The Obama Administration’s record in arms deals is in part due to Clinton’s aggressive and interventionist foreign policy during her time at the State Department—often at the reprehension of other officials in the Obama Administration. These have included Vice President Joe Biden, Defense Secretary Robert Gates, and National Security Adviser Tom Donilon, all of whom were opposed to intervention in Libya.

Clinton spread violence and military conflict around the world during Obama’s first term as president. Rather than enact any change in these policies—especially those favorable toward Saudi Arabia—President Hillary Clinton is likely to worsen them. 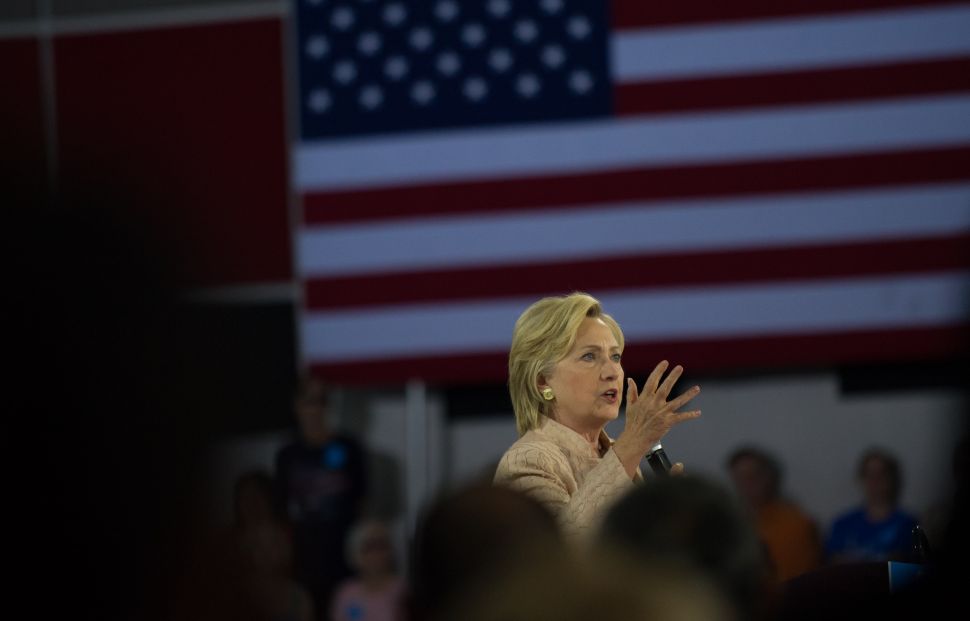