Recent headlines have brought attention to the seedier side of Hillary Clinton’s tenure as secretary of state during President Obama’s first term. This scheme, which gives every appearance of being about pay-for-play, solicited donations from foreign big-shots in exchange for access to the boss of American foreign policy.

I’ll leave to others to assess the legality of this shady business—for now it’s the national security implications we need to discuss. It’s a big deal when the person who’s possibly our next president—and if polls are accurate, she probably will be—has sold access to foreign bidders before taking the oath of office. It’s especially worrisome when some of those foreigners are in Moscow.

Just as serious is how the Kremlin has forged links with nearly all the presidential candidates this year, not just Trump—so much so that, no matter who wins on November 8, Putin will, too. Hillary Clinton also possesses Moscow links that merit investigation. I’ve previously explained how Kremlin money found its way to the Podesta Group, the prominent Democratic lobbying firm that just happens to be headed by the brother of her campaign chairman, John Podesta (who co-founded the firm).

Schweizer shows that John Podesta sat on the board of a Dutch-registered company that took $35 million from the Kremlin. The company was a transparent Russian front, and how much Podesta was compensated—and for what—is unclear. In addition, Podesta failed to disclose his position on that board to the Federal government, as required by law.

‘In the old days, the KGB had to recruit spies to steal Western technology—now they do deals with you.’

Even worse is how Clinton, Inc. profited from the Russian “reset” that was one of the big achievements of Hillary’s tenure at Foggy Bottom. Never mind that the reset was a disaster, culminating in Kremlin aggression against Ukraine. Hillary’s signature program at the State Department ended in unambiguous failure. Yet Clinton, Inc. did very well out of the temporary warming of relations with Moscow.

As part of the reset, Hillary encouraged and enabled American and European investment in Russia, particularly in high-tech firms. A key role was played by the Skolkovo Innovation Center, a sprawling complex in Moscow’s western suburbs that was established in 2009 as Russia’s answer to Silicon Valley. With encouragement from the State Department, American companies jumped aboard. Cisco pledged $1 billion of investment in Skolkovo in 2010, and Google and Intel quickly joined the bandwagon. All three “just happened” to be major investors in the Clinton Foundation too.

This was the consistent pattern. As Schweizer explained, “Of the 28 U.S., European and Russian companies that participated in Skolkovo, 17 of them were Clinton Foundation donors” or had hired former President Clinton to give speeches. How much money these Skolkovo benefactors gave to Clinton, Inc. cannot yet be determined, but Schweizer concluded that it’s somewhere between $6.5 million and $23.5 million, with the proviso that since the Clinton Foundation has yet to reveal all its donors, the true figure could be much higher.

Then there’s the matter of what Skolkovo actually is. In truth, it’s nothing like Silicon Valley except in outward appearance. It’s a fully state-driven enterprise—funded largely by the Kremlin and acting on its orders. It does the bidding of the Russian government, and President Putin has taken intense interest in his high-tech complex, understanding its value to the country’s defense and security sector.

Therefore, it’s no surprise that Western intelligence considers Skolkovo to be an extension of Russia’s military-industrial complex—and its intelligence services. A July 2013 unclassified study by U.S. European Command that surveyed Skolkovo activities suggested, in delicate language, that Russia’s Silicon Valley is “an overt alternative to clandestine industrial espionage.” Stealing the West’s hi-tech secrets has long been a Kremlin forte, and Skolkovo is merely the newest effort to purloin our advanced technology.

The FBI was less guarded. In April 2014, in a rare public statement, the Bureau’s Boston field office warned American firms about dealings with Russian entities, naming the Skolkovo Foundation as a particular source of concern. Terming it “a means for the Russian government to access our nation’s sensitive or classified research, development facilities and dual-use technologies with military and commercial applications,” the FBI added that Skolkovo had commercial contracts with Kamaz, a Russian defense firm that builds armored vehicles. “The FBI fears that Kamaz will provide Russia’s military with innovative research obtained from the Foundation’s U.S. partners,” warned the Bureau.

Then there’s the matter of Skolkovo’s links to Russian intelligence, particularly the powerful Federal Security Service or FSB. Schweizer dryly notes, “Skolkovo happens to be the site of the FSB’s security centers 16 and 18, which are in charge of information warfare for the Russian government.” This is the polite way of saying that some of Russia’s state-linked hackers are at Skolokovo. It’s more than a little ironic that the hackers who have pillaged the Democratic National Committee and stolen Hillary’s emails may be sitting in the very hi-tech compound that Clinton, Inc. helped Russia develop.

These assessments by the Pentagon, the FBI and Schweizer are unclassified. In private, Western security experts are less guarded. “It’s an obvious Kremlin front,” explained a Pentagon intelligence official about Skolkovo. “In the old days, the KGB had to recruit spies to steal Western technology, now they do deals with you. The theft is the same.”

In the heady days of the reset, back in Obama’s first term when America’s foreign policy establishment hoped to get on Vladimir Putin’s good side, perhaps helping Moscow develop its own Silicon Valley seemed like a good idea. However, Hillary Clinton should have been more careful about partnering with the Kremlin in a sector that’s so important to our national security.

Above all, Clinton, Inc’s shady pay-for-play scheme should have never made a buck off technology transfers to Russia’s military and intelligence services. Exactly how Hillary profited off deals with Skolkovo—and how much—is something the American public has a right to know before November 8. 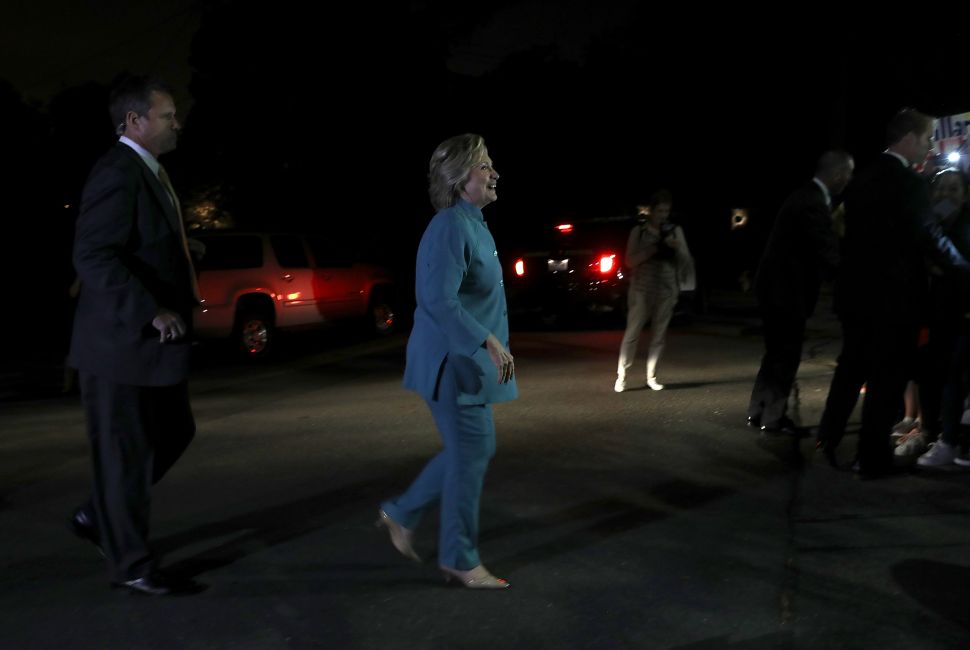