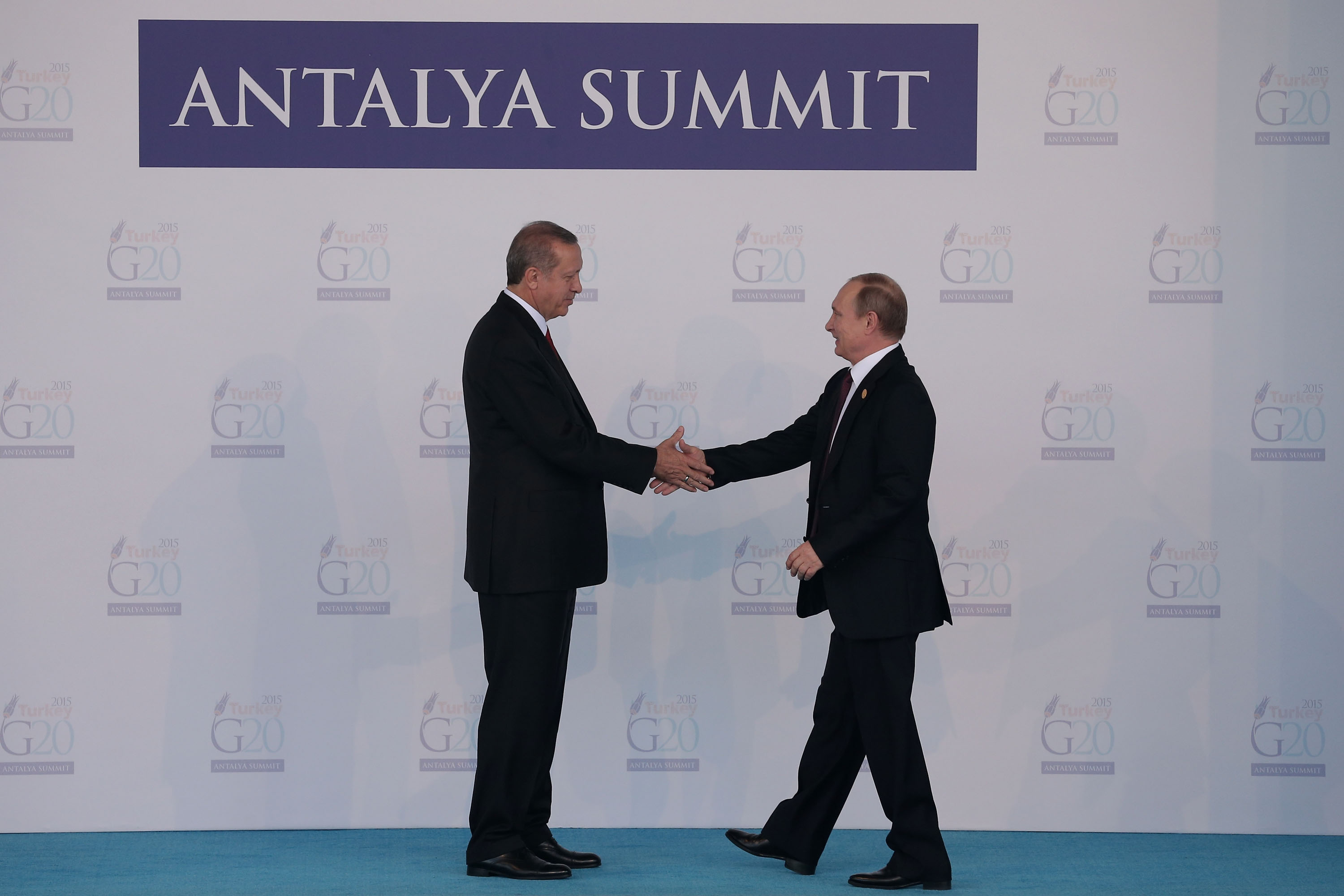 Recep Tayyip Erdogan recently paid a visit to Vladimir Putin in St. Petersburg. The Turkish president appeared before the Russian president, hat in hand. The meeting signified a 180 degree turn in relations between the two nations. These changes don’t happen spontaneously; there is always a backstory.

Turkey and Russia need each other to boost their power in the region while sticking it to the United States and her allies.

Do not for a moment, however, mistake this for an equitable interaction. It is Putin who is calling all the shots. And Erdogan is dancing to the music because with Putin and Russia as his dance partner Turkey can only to gain. The new status is a great improvement for Turkey.

When Turkey shot down a Russia plane that flew into its airspace this past November, Russia exacted a heavy price. The Russians immediately cut oil and natural gas exports to Turkey. Until that point, they had been Turkey’s largest fuel provider. Then the Russians summarily ended all charter tour trips to Turkey, which cost $3 billion annually in lost tourism revenues. Russia also withdrew all Turkish work and travel visas.

Overnight, Turkey lost a $100-billion-a-year partner. And all because of ego.

So in the end, Erdogan swallowed his pride and did what was essential for a leader to do for his nation: He sent Putin a letter of apology for downing the Russian SU 24 bomber and offered his condolences to the family of the pilot killed. The Russian press published parts of that letter, and the ice was broken. The Kremlin actually tweeted the Turkish apology on Putin’s Twitter account:

“President of Russia: The President of Turkey expressed sympathy and deep condolences to the family of the Killed #SU24 pilot.  Dated 9:30 AM June 27, 2016.”

Then came the coup.

Following the failed putsch in Turkey, Putin publicly and quickly announced his support for Erdogan. Once Erdogan crushed the coup and cracked down on his detractors and enemies, Putin gave him his unequivocal support at a time when the West and the U.S. called on Erdogan to stop the aggression against the plotters. Putin gave Erdogan cover.

Turkish-U.S. relations are at an all time low. The U.S. head of the Joint Chiefs of Staff, Joseph Dunford, visited Turkey last week in a quest to soothe tensions. Minutes after Dunford departed, Erdogan lashed out at the United States, complaining, “What kind of strategic partner are we, that you can still host someone whose extradition I have asked for?” Erdogan accused the United States of acting according to a “script” and maintains that the coup plot “was written outside” of Turkey. He demands that the United States hand over Fethullah Gulen, the aging Turkish cleric who now lives in Pennsylvania who Erdogan claims is the architect of the coup, to stand trial in Turkey.

A Turkish diplomat in Moscow is quoted by the Financial Times as saying, “Our relations with the U.S. are the worst in 50 years. . . and that definitely makes engaging Russia an attractive option.” 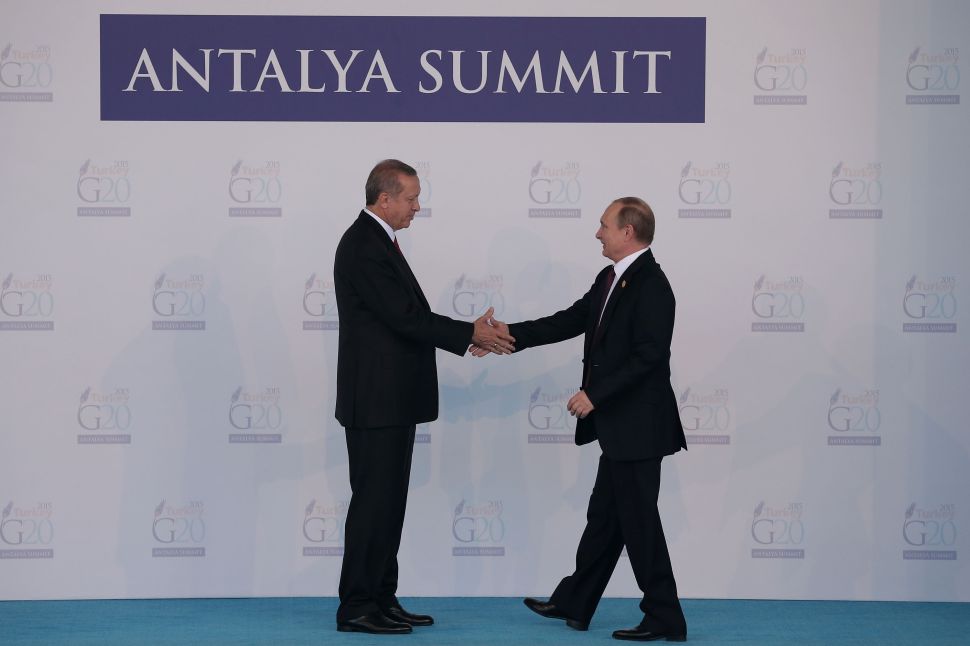