When I was in 6th grade, I saw a poster with a list of all the U.S. Presidents and learned for the first time that someone named “Chester Arthur” had held the highest office in the land.

“This can’t be right,” I remember thinking. “I would have at least heard of him.” I had figured that there were certain tenants of basic knowledge — presidents, American states, books in the Narnia series — any person of baseline intelligence could expect to have been exposed to by age eleven. Learning there was another president represented a profound disruption of that belief.

Last night, I had the same experience, for the first time in a decade: I realized I had gone this far without really knowing about Mitchell and Webb.

I’m a television writer! I’m a comedian! I watch Sherlock and Doctor Who and the IT Crowd and Graham Norton. I admit I never got around to Peep Show, which might be part of the problem, but I had at least heard of it! That a long-running comedy series has existed this whole time and no one’s told me about it seems like a betrayal. It’s like finding out all of your friends had a group text without you, and all of their texts are zany, premise-based sketches.

Look at this! How did I not know something like this on the internet?

It’s better than every snarky tweet I’ve ever made.

Waiters sometimes are SNOBBY! Comedy from truth! This is GOLD, JERRY!

Some of the sketches are inexplicable. Why is this so funny? Why did this have me snorting at my desk?

THIS IS NONSENSE AND IT IS BEAUTIFUL.

Here’s what I’ve concluded after begging Twitter to recommend their favorite sketches and spending twelve straight hours in a YouTube hole: imagine Key and Peele were white and British, and one of them was basically if Daniel Tosh were tolerable and the other had like a John Hodgeman vibe (Mitchell and Webb were actually the pairing doing the “I’m a Mac, and I’m a PC” ads overseas). They had an early, one-season sketch show cancelled after six episodes before a successful radio program that led to four seasons of That Mitchell and Webb Look, their more or less eponymous program.

And I spent 23 years on this green earth without actually registering it existed. I admit, there have been attempts to educate me. I’ve been shown a few of the sketches and I thought they were funny, so innocent, never registering that they might have been part of a larger and more beautiful whole than I ever imagined.

My friend Colin tried! He showed me this sketch about the spoons and I did not heed his call. Forgive me, Colin! I was blind!

And then there’s this one. The silly dancing.

That I find this sketch of Darcy doing a silly dance to be the purest and most hilarious thing I’ve ever seen is really all you need to know about my sense of humor.

Please, open your eyes.  may have been too late for me, but I pray this article has reached you in time. 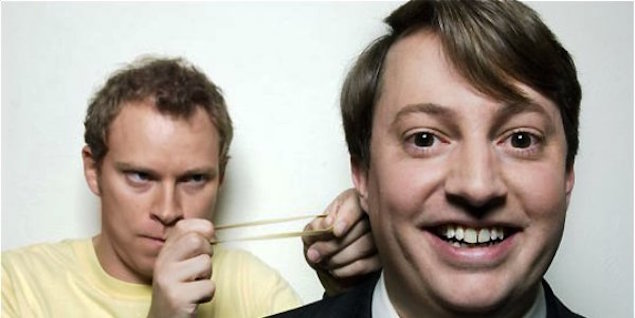