“Well, I don’t know, but I think she should not joke about this. She’s done this a few times. She’s seemed flippant about it,” said Axelrod. “Obviously there are concerns about how she handled these emails, and all these jokes fall flat, and it makes it seem as if she is not taking the issue seriously. And that only exacerbates her problem. So that seemed like a line she was waiting to deliver, and whomever suggested that line did her a disservice.”

As with many other issues facing Clinton and her candidacy, she has laughed off the private email server scandal while deflecting and lying when asked about it. She most recently blamed former Secretary of State Colin Powell for her private email server use, a claim which Powell quickly debunked.

Clinton’s smugness and dismissiveness in response to serious issues of corruption exposed throughout her record stem come from the immunity afforded to her by the Democratic establishment. She was, after all, always their candidate.

More Freedom of Information Act (FOIA) requests pertaining to Clinton’s private email server have yet to be fulfilled. WikiLeaks’ Julian Assange recently asserted there will be still more damaging leaks for Clinton prior to the general election, as documents from hacks into the Democratic National Committee (DNC), Clinton campaign, Democratic Congressional Campaign Committee (DCCC) and New York Times have yet to be released.

Clinton’s disturbingly jovial attitude isn’t a product of her being so close to the Oval Office. Throughout her career, she has laughed in the face of any serious questions about her decisions as a leader.

When asked about the disastrous intervention in Libya preceding an interview with 60 Minutes, Clinton famously—and gleefully—said, “we came, we saw, he died.”

She laughed during an interview in the 1980s while reminiscing about a rapist she defended as a court-appointed attorney in 1975. Clinton helped reduce his sentence, despite strongly suspecting that he was guilty.

In January 2016, when first confronted about whether she would release her transcripts from speeches she gave to Goldman Sachs and other Wall Street firms at a town hall in New Hampshire, she laughed and refused to answer.

During an interview with CNN’s Anderson Cooper on August 24, Clinton laughed off a question as to why she hasn’t held an actual press conference since December 2015.

When laughing doesn’t suffice in diverting from an uncomfortable question or being faced with an irrefutable reality of their corruption, both Hillary and Bill Clinton have responded by yelling. During the Democratic primaries, Hillary Clinton snapped at a Greenpeace activist, a Black Lives Matter activist and a Somali woman in Minnesota when they asked her to clarify troubling aspects of her political record.

On the campaign trail this year, Bill Clinton had his share of abrasive confrontations. He told a Marine during one campaign rally to “shut up and listen” when asked to clarify Hillary‘s involvement in the Benghazi scandal. During a separate confrontation, Clinton shouted at Black Lives Matter activists who were angry that Hillary used the racially-charged term “super-predator” in the 1990s in defense of her husband’s own 1994 crime bill.

The entitlement exercised by Hillary Clinton in refusing to seriously address the litany of issues facing her candidacy is astounding. The lack of transparency and use of propaganda to distort, divert, or outright lie in the face of allegations ranging from quid pro quo examples involving the Clinton Foundation, to rigging the primaries against Sanders with the DNC, is despot-like.

Her hiring of disgraced former DNC chair Debbie Wasserman Schultz to the Clinton campaign not only demonstrates she has no problem with corruption, but that she embraces it—especially when it benefits her political ambitions. Both Clinton-backing journalists and her supporters need to start realizing that she has an obligation while running for president to answer to the many ethical violations in her political record. Unfortunately, her supporters continue to blindly defend every allegation, while Clinton laughs off the issues—enabling a perpetual cycle of corruption, owned and operated by the corporate oligarchy she represents. 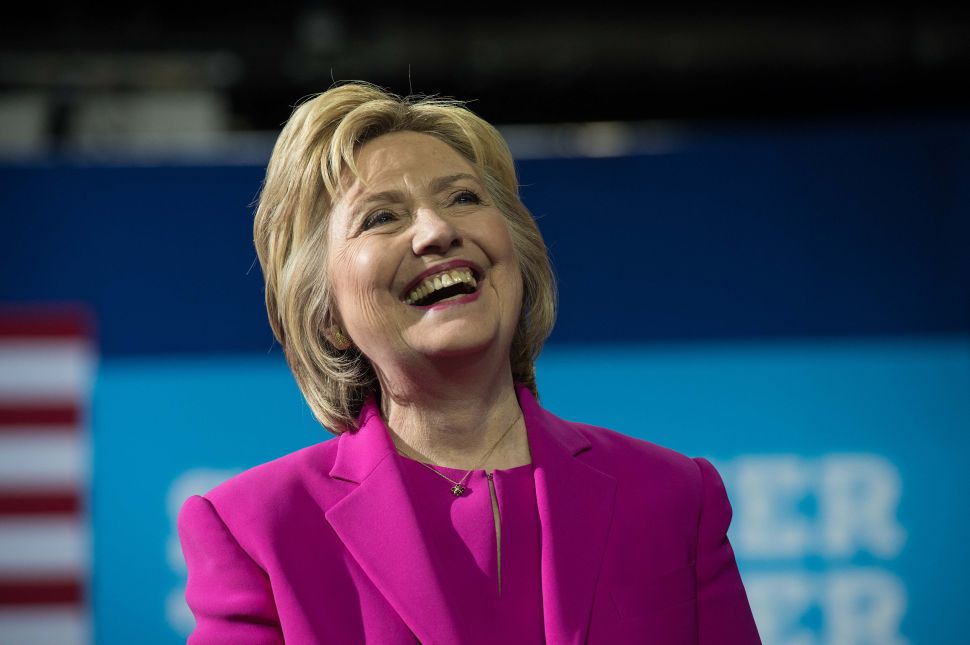