A few years before I became the Observer’s ‘space guy’ I had a very different career at the Walt Disney company. I like to say I was a drone and my duties included training interns from around the world to be drones too. I made no money, was headed nowhere, and was trapped to say the least. That’s until one of my idols, Steve Wozniak, invited me to dinner and substantially altered the course of my life and career.

The Woz and I had exchanged a few messages on social media and on Words With Friends where we had  pretty competitive games and exchanges over the course of a couple of years. Apple’s co-founder is known for being welcoming to his fans but I wasn’t expecting to be treated to a dinner I could never afford, at a steakhouse I would never step foot in otherwise. Thankfully, Woz loves steaks.

A few days before, I was at work when I heard through the grapevine that Woz would be giving the keynote address at the IBM Innovate Conference at Disney’s Dolphin Resort. This was near Epcot Center—where I worked at the time. I messaged him and asked if I could come shake his hand and say hello before his keynote. He replied right away, enthusiastically.

To my surprise, he offered to have a meal with me while he was in town. I assumed it would be with a group of folks from IBM or other fans. But it wasn’t. It was just me and him in a fancy, empty restaurant—Shula’s Steakhouse. As someone who almost bankrupted his parents buying Mac after Mac as a kid, I was nervous as hell. I still have the very first iPod—the one with the wheel. You could say I was a fanboy before Macs were cool. Literally—I was born with a Mac in our house.

I barely had enough money to pay for parking at the high-end resort. Woz was waiting for me by the check-in counter. IBM employees stared from across the lobby. It was a far cry from the last time I was there—when one of my bosses tasked me with tracking down an expensive piece of art that had disappeared during delivery.

The Woz was gleeful and shook my hand. I suggested we hit the bar for a quick bite because I knew he had an extraordinarily busy schedule. During our previous late night games or chats, he would be in different places around the world giving talks and keynotes. Instead, he insisted we sit down for a real meal.

Woz went straight for the surf and turf. I do not remember what I ordered because I so intensely trying not to look and sound like an idiot. I do recall eating some of his mac and cheese. The conversation started casually and I described as briefly as I could, my mundane work day. At the the time, my girlfriend and I had completed a Star Trek pilot in our free time and I told him all about it. He was very open to listening and gave a little feedback.

Had an amazing and inspiring dinner with Steve Wozniak tonight. I really can't put into words.

That’s when the Woz started giving me some details on Aaron Sorkin’s Steve Jobs film which was being kicked around at Sony at the time. He described having a meeting with Sorkin and joked about how intense he was. From there, Woz talked a little bit about Jobs and their time together building the first Apple computers. It was amazing and surreal. He doesn’t hold contempt for Jobs given their very public falling out in the early days of Apple but instead, reflects fondly on their days together.

I was frank with Woz about my lack of formal education and the lack of direction in my career. Woz has pretty radical ideas about education and spoke about what could be the future of learning. He believed that teachers were a thing of the past and that in the future, we would be self-educating using computers and whatever technology was available to an individual student. He believed that anyone with drive would have the world at their fingertips. It’s something that he convinced me was possible and it was something I would run with following that dinner.

Our discussion of technology took a surprise turn towards on encryption and privacy. Woz sounded a bit paranoid when he told me that the NSA and relating entities were aggressively expanding their reach and that most of what we thought was private, was not. I didn’t really think too much of it at that moment, until a couple of days later, Edward Snowden would make his famous leak.

One fun thing that Woz told me that was relatable to my current situation, was that him and Steve Jobs came to Disney in the late eighties and met with the company about putting the first Apple store on main street at Disney’s Magic Kingdom. Jobs eventually didn’t go for it. He spoke about the constant tug of war between him and his Apple co-founder on everything from motherboard components to the overall vision of the company. I felt undeserving of the insight I was now privy to.

Our dinner wrapped up and Woz told me what I assume he tells all his fans after meeting them, that I was a bright young man and he hoped I would do something better with my life. He was convincing and I needed to be convinced. I took his advice. With no money and no clear path ahead, I put in my two weeks notice and left to pursue a career as a writer.

Today, I’m just one of the many lives Woz has touched and improved for the better. Even if he wasn’t trying. I may not have gotten JJ Abrams to read my Star Trek pilot, but because of Woz’s inspirational words and my editors at the Observer, I sort of live in it. I get to travel around covering NASA and some of the most interesting and barrier-breaking people on the planet. And I get paid!

Happy Birthday, Woz. Thanks for dinner and everything else. 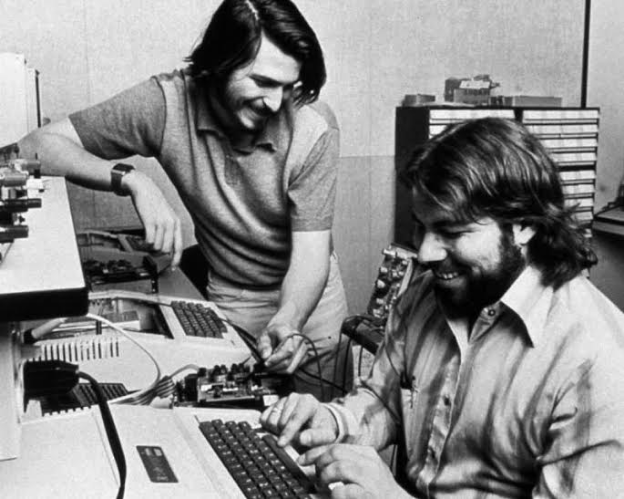